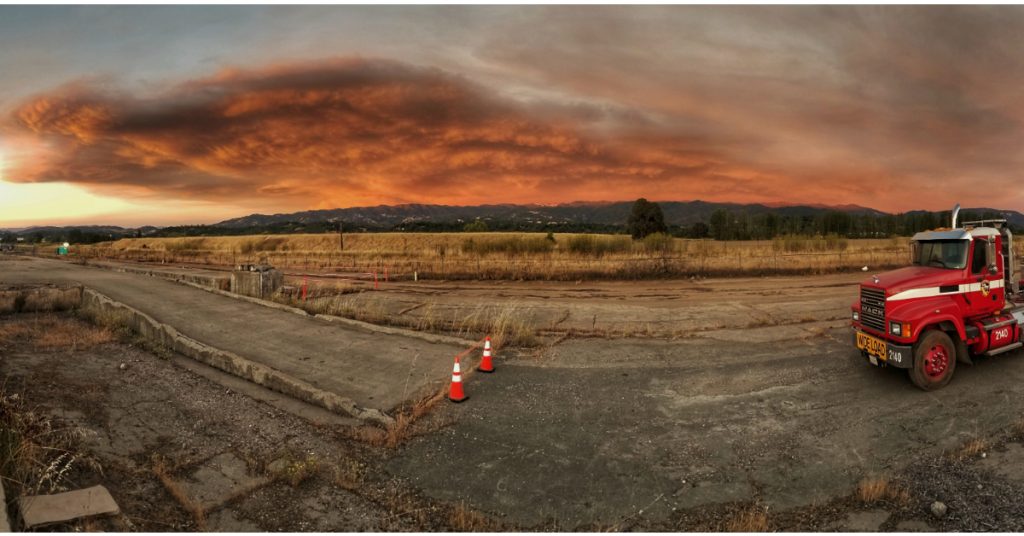 Smoke from the Complex at sunset. [Photo from InciWeb]

Last night the Mendocino Complex received the dubious glory of being the largest fire in modern California history. Today it is over 290,000 acres with only 34% containment–most of that on the River Fire. The Complex is expected to continue growing.

The Ranch Fire continues to grow. Over the last day, it pushed mostly north and east with one section near Glenhaven to the south of the fire also growing. Firefighters will be struggling to keep flames west of the Leesville Lodoga Road/ Bear Valley Road today. The town of Williams is about 15 miles east of the Ranch Fire.

Containment on the River Fire grew to 78%. Firefighters are pushing this one to a close. Cal Fire will be working on “tieing in the remaining containment lines to Scotts Valley Road.” 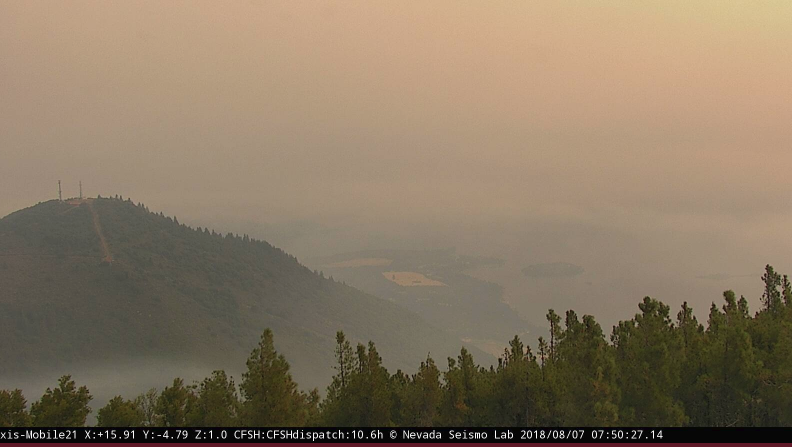 The National Weather Service in Sacramento posted this video that shows the predicted smoke patterns for today.
The Roads: 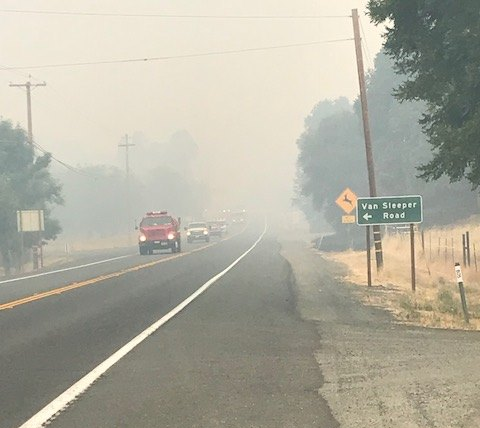 Hwy 20 is still closed and, with the Ranch Fire creeping closer in the Glenhaven area, Caltrans is still saying no estimated time of reopening.

Many smaller roads are closed, too. Check Cal Fire for the latest but be aware that conditions are changing fast on the frontlines.

Redwoods Rural Health Center in Redway is a Pay It Forward donation center. Call and ask first what they are accepting.

WHEN: AUGUST 7, 2018 at 9:00 A.M.
WHERE: The following areas have been reduced to an Evacuation Advisory and may return to their
homes:
South of the Mendocino National Forest Boundary, west of SR 29, north of the Hendricks
Road/Scotts Valley Road intersection, and east of the Lake-Mendocino County Line. This
includes Blue Lakes, Bachelor Valley, Witter Springs, Saratoga Springs, and Scotts Valley
Road.

UPDATE: 12:33 p.m.: New evacuations in Mendocino County, according to the Sheriff’s Office: