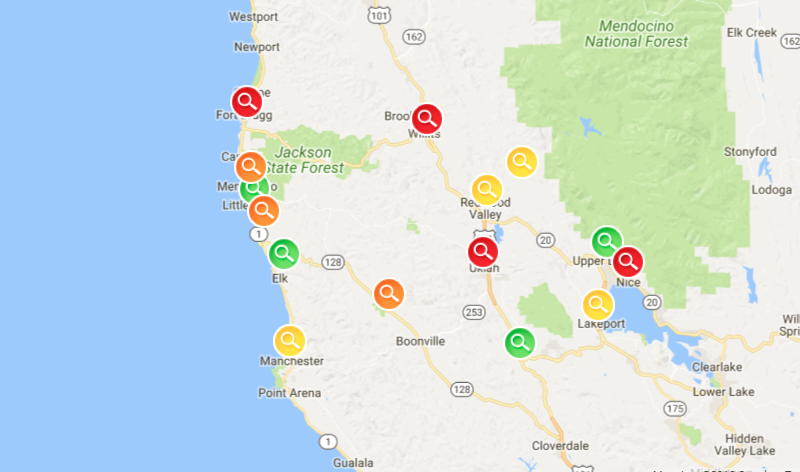 At this point, PG&E has not released information about the outage. The Ukiah Police Department sent out a Nixle alert stating, “The power is out due to the fires.   Unknown estimated return time. Please use 911 for emergencies only.”

The Mendocino Voice which has been doing excellent coverage of the wildfires. Click here for more information.

CA-MEU Mendocino Complex 14,000 acres 10% contained, (comprised of both the River and Ranch incidents). CAL FIRE IMT-2 (Kavanaugh) is assigned to the incident. Current threats include commercial and residential properties in several communities including the Lake County Seat and Agriculture packing, processing,and production facilities. There is also a threat to communications and power infrastructure that support Lake and Mendocino Counties. Major transportation routes and Lake County jail and Sutter Lakeside Hospital.

Governor Edmund G. Brown Jr. today issued an emergency proclamation for Lake, Mendocino and Napa counties due to the effects of the River, Ranch and Steele fires, which have destroyed homes, threatened critical infrastructure and caused the evacuation of residents.

Earlier today, Governor Brown announced that the state has secured a presidential declaration – requested yesterday – providing direct federal assistance to further support the communities impacted by the Carr Fire, following an emergency proclamation issued for Shasta County this week. The Governor has also ordered state flags to be flown at half-staff in honor of two firefighters who died while working on the Carr Fire, and issued emergency proclamations for Riverside and Mariposa counties this week due to fires

Ranch Fire Evacuation Map from the Mendocino County Sheriff (to view details, use your zoom function): 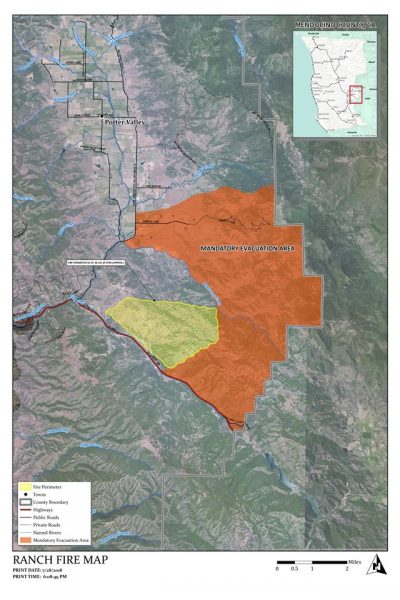 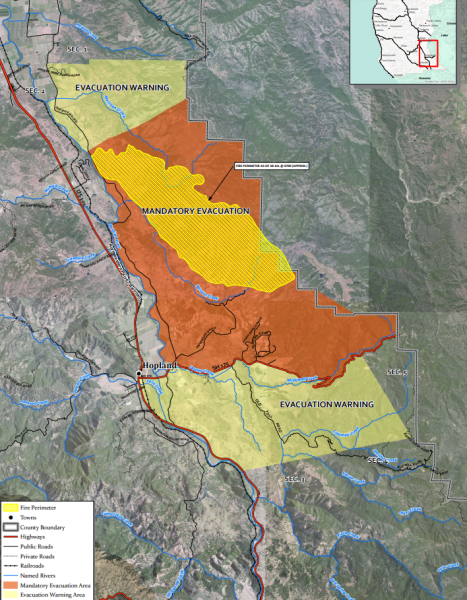 UPDATE 12 a.m.: A PG&E spokesperson told us that 50,000 customers were without power after there was an unknown failure around 10:30 p.m. They are investigating the cause. She said, “This was not a proactive power shut off.”