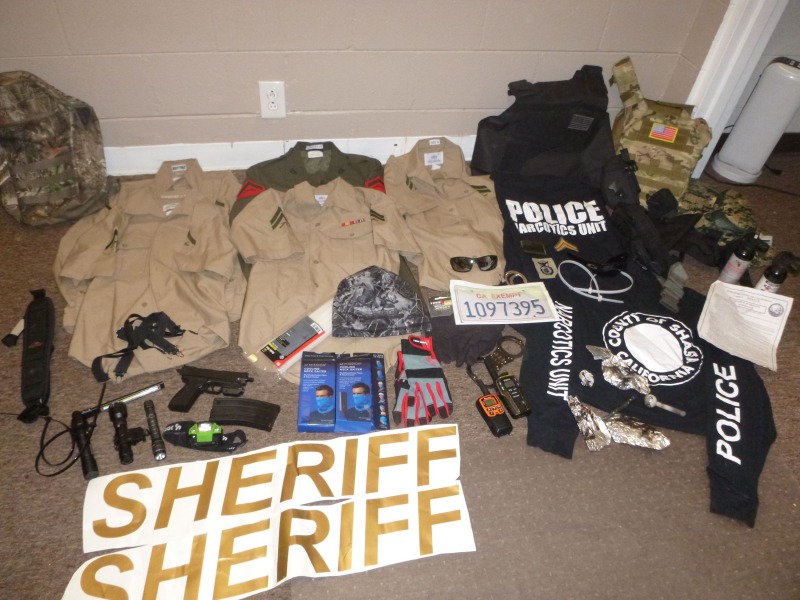 On Nov. 23, 2020, at about 1:40 p.m., Humboldt County Sheriff’s deputies were dispatched to the 8500 block of Wilder Ridge Road in Honeydew for the report of suspicious individuals driving a U-Haul truck and attempting to unlawfully access properties in the area.

Deputies responded to the area and with the help of community members were able to locate the truck on Ettersburg Road. Deputies conducted a traffic stop on the vehicle and detained the occupants of the truck, later identified as 27-year-old Nolan Lewis of Anderson, CA, and 32-year-old Monique Solorio of Redding, CA.

Lewis and Solorio were transported to the Humboldt County Correctional Facility in Eureka where they were cited and released on charges of impersonating a police officer (PC 538D), possession of burglary tools (PC 466), possession of drug paraphernalia (HS 11364), felon in possession of pepper spray (PC 22810(a)) and conspiracy to commit a crime (PC 182(A)(1)).

An additional suspect vehicle is still outstanding at this time and is described as a red or maroon pickup truck with a light bar over the windshield and a front bumper hitch. A tall, bald male suspect wearing a green and tan military-type camouflage outfit and possibly another individual are believed to be associated with this vehicle.

This case is still actively being investigated.

The Humboldt County Sheriff’s Office urges the community to come forward if you have information about this case. Sheriff’s deputies rely on victim and first-hand witness statements in order to successfully investigate alleged crimes and request criminal charges be filed.