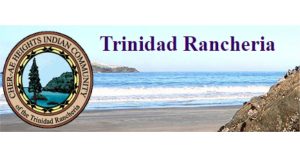 Press release from the Trinidad Rancheria:

Trinidad Rancheria Environmental Director Ron Sundberg [yesterday] announced that the Tribe will be hosting and managing an oil spill response drill on World Oceans Day, June 8th at 9 a.m., at the Trinidad Harbor. The Trinidad Harbor is a sensitive environment that is designated as an Area of Special Biological Significance (ASBS) and is part of the California Coastal National Monument.

“Protection of natural resources – especially our water resources – has always been a focus for our Tribe and a way of life for all Native communities,” said Director Sundberg. “Our oil spill response trailer, granted to the Tribe by the California Department of Fish and Wildlife, is a tremendous resource for our area and we look forward to further developing our skills so that our Trinidad Rancheria Harbor team can deploy effectively and efficiently in the unfortunate event of an oil spill.”

Through the training tomorrow, harbor staff will enhance their skills in deployment of oil spill containment equipment, how to maximize the use of the resources in the response trailer and then on-the-water practice of skills and usage of the equipment. Experts and instructors from the California

Department of Fish and Wildlife, the United State Coast Guard and other environmental scientists will be on-site Wednesday, June 8th at the Trinidad Harbor to lead the training and on-the-water drills.

“Our coastal waters are very important to our way of life, our culture and our traditions,” said Robert Hemsted, Vice Chair of the Tribal Council. “This training will provide harbor staff with the tools needed to contain oil spills in the ASBS and protect this sensitive and precious coastal environment.”

The training will start at 9 a.m. with a general overview of the equipment in the trailer (what each piece of equipment is and how it is used in oil spill response). Then the Trinidad Rancheria team and the trainers will go out on the water in Trinidad Harbor to practice drills.

The Trinidad Rancheria, one of the partners of the California Coastal National Monument, which protects the state’s most pristine and spectacular coastline, also owns and operates the facilities at the Trinidad Harbor, which supports a commercial and recreational fishing fleet.

The Cher-Ae Heights Indian Community of the Trinidad Rancheria is a Federally Recognized Tribe located near the town of Trinidad, California, organized in 1961 under the Articles of Association. In June of 2008, the Tribe approved a Constitution which supersedes the Articles of Association and its amendments. The Trinidad Rancheria is governed by the Community Council, from which is elected a Tribal Council—a Chairperson, a Vice-Chairperson, a Secretary-Treasurer and two Members-at-Large.

Guest
Madrone is the best Supervisor in Humboldt

Very cool….big thanks to Grant for holding it down in the Harbor! We’re in good hands 🙌

I think the training is an excellent idea. Everyone involved needs to know exactly what to do when a spill may occur. Sounds like an exciting day for all involved. Be safe everyone.

But what are they doing for Ukraine?
We’ve all got to pitch in to fund Ukraine and continue the Cold War

Our government is using my tax dollars to do plenty of “pitching in.” I will not donate a damn cent more! Your comment has nothing to do with the story.