HappyDay: Am I Doing My Best or Just Going Through the Motions?

Casey O’Neill is a cannabis and food farmer in Mendocino County who has been writing newsletters about his efforts to provide sustainable produce and marijuana. We feature his column once a week. 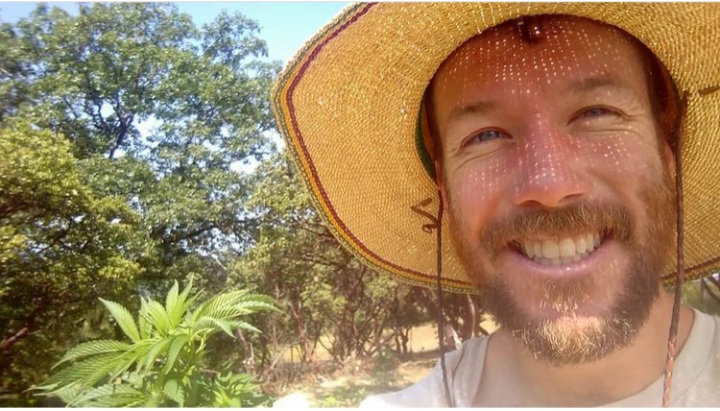 I’ve always been a “good enough” person, as in “yeah that’s good enough to last a while”.  Everything on the farm was built to be serviceable for a short time, in part because that was my inclination, but also because as we grew and changed in our operations, our needs for infrastructure changed so much that most things would end up having to be redone anyway.

As we move into our 13th year of market farming and CSA and the beginning of my 40’s, I’m starting to look at infrastructure through a different eye.  I’m making a conscious effort to do  things all the way till they’re as permanent as I can make them.  I keep thinking of the old saying “if you can’t find time to do it right you’ll surely find time to do it twice”.

Many aspects of our vegetable and cannabis operation have solidified enough that they either don’t need further refining, or if they do, we can take the time to make it right.  Going through and fixing the fences these past couple months has been a good lesson in this.  We put a lot of energy into cutting down t-posts into chunks and staking them between the existing fence posts to keep the wild pigs out, but it was good to know that this is the last time we’ll have to do this job.

I expect we may still see the odd pig incursion since they’re such wiley bastards, but I feel pretty good about the sum totality of our fencing.  The t-posts helped, and we also had a number of 12” tall x 16’ hog panel chunks left from old raised beds that we employed on the bottom of the fencing in the weak parts.  Because the terrain is so uneven, there were a number of places that needed extra support beyond what the fencing could offer, and the hog panel chunks worked very well.

I have a bad habit of being too optimistic about my time assessments for a given job.  I always think we’ll get things done quicker than it will actually take, and this leads me down the road of “good enough” instead of “done right”.  Too optimistic of an assessment means that I’m irritable with setbacks or changes and I lose my best and highest self as I strive to achieve a timeline that was flawed from the outset.

When the timeline is appropriate, the work flows well and I feel good about what we’re getting done, instead of finding myself in negative thought loops that are all based on an artificial comparison of expectations.  If I can manage my expectations, I find that I can have a much more pleasant work life, which leads to a more pleasant overall existence.

I read somewhere that a good structure for a workday is to spend three hours on the main, big project that is underway, take on 3 shorter tasks and do 3 maintenance activities.  This idea struck me because I often get so involved in the big projects that I let the little things and the maintenance slide, until something breaks that demands immediate attention and throws the day off schedule, ruining my expectations and putting me in foul humor.

Am I doing my best or just going through the motions?  Am I taking the path of least resistance or am I tackling the hard things so that I don’t leave them for my future self?  I’ve been enjoying thinking of my future self as a person, and trying to be aware of the things I’m putting on his plate.  Knowing that he will be frustrated if I forsake too much today and leave it for him gives me motivation to make the extra effort to do it right the first time.

Animals are teaching me about doing things right in ways that plants don’t.  With plants there are few immediate reactions; bad decisions in animal management have a way of getting out of hand right away.  We moved Ms. Piggie to the big barn to be on her own as she approaches birthing time, but the pen we built should have been thought through a bit more.  We used the red sheep panels, which are sturdy but not heavy.

When I showed up for feeding the next morning, she had lifted the whole side of the paddock and worked her way out underneath the panels.  She ate all the apples and as much of the winter squash as she could fit, and when I arrived I thought she was dead from overeating.  It took her a few minutes to gain her feet, swaying as though she might capsize.  I coaxed her back into the pen and tied a straw bale to each of the panels, the added weight keeping her contained since then.  Once again, lesson learned; do it so well that you know there won’t be an issue, or come back later to find a catastrophe.  As always, much love and great success to you on your journey!

Guest
This Is My Name

I generally don’t care much for Casey’s writing [style], but this one is a gem.

Your past two posts have struck me. It is interesting to hear from you about the changes on your farm.In the previous post you explained how your new machine would solve many problems of time etc. It shows the overall progression whether wanted or not tobe more cost effective and efficient. Actually it has always been needed in the cannabis industry but has been rejected for the exact reasons you write about in this post. As a lifelong farmer itwas hard to watch cannabis growers waste everything every year and start over the next. However, this all leads to the big collapse. The local economies were built on and depended on this overuse and waste. What you are doing is great and intelligent and the obvious progression. Where it was once many who benefited from the production of cannabis now it will be only the few. Good for them not so good for the local economies.

The ‘more, better, faster’ mindset always needs a check, and I think that expression is just right.

What a wonderful, inspired article – more like your own inner dialog that you have chosen to share with us. Even though your circumstances and stage of life are way different than my own, the concepts and thoughts are very much the same. They reinforce what I learned on my own the hard way and let me know that deep inside we all are basically alike. Regardless of beliefs, we are all just human and projects almost always take longer than expected and if we don’t make the time to do it right, we certainly will have to find the time to do it over. Wise words very well written. Thank you!

Perhaps rock walls would work better for keeping the hogs out although it would take a considerable amount of time to build they would last for generations and if you gathered them yourself you would not have to pay for them and they wouldn’t have to be replaced or fixed unless there was a major earthquake, they would make your farm look awesome you could get anew sun hat and create a whole new look and never give up your journey because life’s a long song.
Chinese Bamboo Coolie Hat for Men Women Natural https://a.co/d/fbIXlKE

Building with rock is really a good project. Gathering creek rocks is fun! Kinda like shopping. I garden on a hillside, and it so it starts with making a flat spot; a terrace held up with local rocks. Mortar is not cheep, make your own.

You don’t go looking for work talking like that on a Tuesday? My advice to you is to do what your parents didn’t, and get a job!

If we’re hating on multigeneration homesteading now, then the bastards have already won.

Well said about the inheriting land to work a farm..Somehow that just isn’t in the same class as inheriting a $200,000 a year trust fund.

Guest
Entering a world of pain
Reply to  The Big Lebowski

The bums will always lose…

All anyone can do is the best they can for that moment. Somedays, challenges are more than other days. It’s the farmers way of life. The satisfaction at the end of the day is the deal. Regardless of what was accomplished. Keep on keeping on the best you can is how farmers roll. It’s in our DNA!

Thanks, RHBB for the follow-up to this story. BTW, the Deput...

Investigation Leads to Arrest of Eureka Man and Seizure of Meth, Guns, and One Pound of Suspected Fentanyl, Says HCDTF

Should be charged with a weapon of mass destruction that muc...

She is carrying the dog perfectly fine. Controlling the dog&...

I am following this as closely as I can and putting word out...