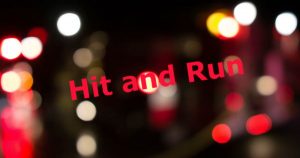 What was originally reported as a non-injury traffic collision on the northbound lanes of Broadway across from In and Out Burger around 2:45 p.m. on December 8, is now being reported as an injury collision with a possible fleeing driver.

The initial call reported that three vehicles had collided in northbound lanes with no injuries. However, as emergency personnel were responding to the scene, a caller reported that one of the drivers had fled on foot from the scene. The fleeing driver was described as a white female with black hair headed “down Broadway”.

According to the dispatcher, the reporting party was chasing the hit and run subject while on the phone with emergency personnel.

During that time, first responders on the scene requested an ambulance code 2 for female involved in the collision with chest pains.

Update 3:10 p.m.: The Caltrans QuickMap is showing that northbound traffic is heavily impacted with slow moving traffic from Bayshore Mall to Vigo Street on Broadway.

Scanner traffic indicates an officer is out with a female suspect. It is unclear at this time if this is the fleeing driver.

Tow trucks have been requested for the damaged vehicles. 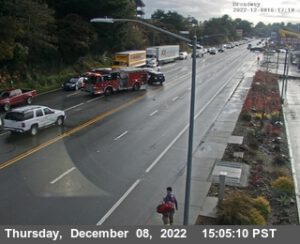 fled the scene, what does that tell us ?

That the Marci Kitchen effect is well-known. Run first, then lie lie lie

Yep, eery drunk driver in our area learned from Marcy Kitchens story that you run first.

Marci was jailed for 8 years, no? Did they let her out early. She killed her own child!

Mercy Kitchens was released after less than 2 years.

The driver chose to dutifully follow standard protocol for such situations in Humboldt County.

Well if they don’t have a chance starting… 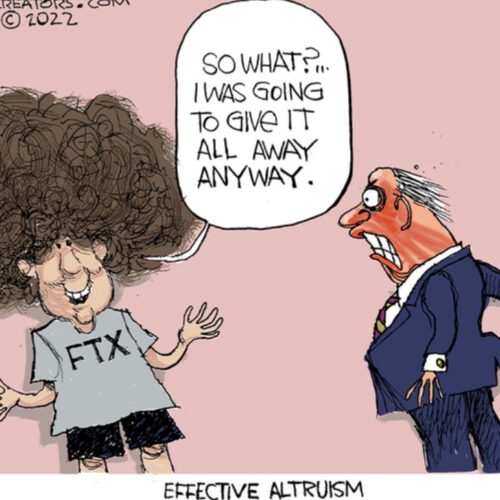 She did a “Hawley” or a “zoomie”. In this case, it suggests criminal behavior beyond hit-and-run. Speeding, texting, intoxication, other distracted driving, come to mind.

A close call in 1992 put an end to my drinking. 30+ years, and not even a drop. If you’re still drinking, please don’t get behind the wheel for any reason.

Good for you! Nice of you to share that. My real name is Old and Weary,LOL.

I was on West Hawthorne when she went past me on Broadway. She must have been doing 70mph.

I’m assuming she was driving, prior to the crash. If she was fleeing on foot after the crash…..that babe b movin’ out smartly!

It’s after 4:20 here…and I just read this and laughed.
I know it’s serious, but the idea of a crackhead running from an accident in Eureka just made me laugh.
Rather typical.

Does anybody still smoke crack up here? I figured there’s not enough actual cocaine in the mix anymore to make crack.

Thanks, RHBB for the follow-up to this story. BTW, the Deput...

She is carrying the dog perfectly fine. Controlling the dog&...

I am following this as closely as I can and putting word out...

2 are dead. Not fucking funny.

Thank you! Those are the Two Best Reasons for living!! IR...