Michael Robinson: ‘To the day he died, music brought him joy’

This section includes announcements of important events in our lives–births, graduations, engagements, marriages, and deaths. If you want to share an event with your community, please send a photo and a written piece to [email protected]. 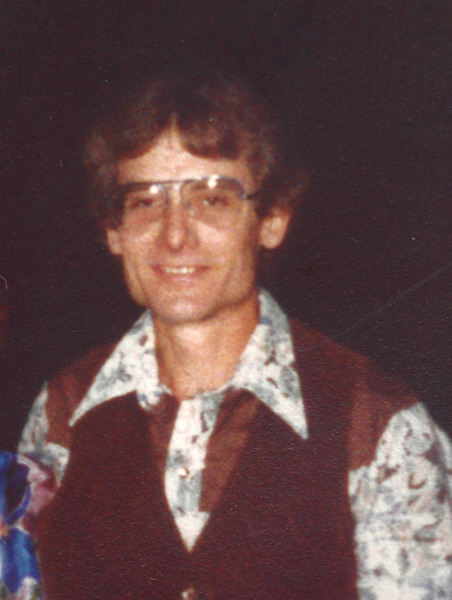 A talented craftsman, he worked as a prop and stage set builder for the Renaissance and Dickens Fairs before becoming a Union carpenter in San Francisco. Eventually, he moved to Humboldt County where he worked at a mill and did woodworking as well as grew marijuana. He was a talented artist and woodworker–crafting several fine pieces of furniture that are part of his stepson’s home and building a beautiful Amish style home held together with intricate notching and woodpins. He lived in Salmon Creek for 50 years and, in the 1990’s, he contributed to building the Salmon Creek Community School.

A talented musician, at one time Mike headed up a band in Arcata. To the day he died, music brought him joy like almost nothing else in the world. When he could barely walk towards the end, he would stomp his feet and grin to his favorite rock and roll songs.

Mike was a beloved grandfather to his stepsons’ children–one of them was named after him. When they were small, he created entire dioramas for the children to play with. He dug up one section of his yard and installed a huge sand area filled with Tonka trucks and a slide. He hardly went to town without bringing home toys for the grandkids and for the dogs. At Halloween, he would line the path to the house with lit ceramic skulls and clingy spiderwebs. Then he would make sure there were treats to munch on while the grandkids and the neighborhood children watched movies like Scooby-Doo on Zombie Island and the Goonies. The grandkids would trek through the woods and meadows to play with him at his toyfilled home.

Handsome, witty and talkative in his younger years, Lyme Disease crippled him in his later life. Painting by Michael Robinson reinterpreted from another artist’s work.

May there be music and laughter among the stars for you, Mike.

Donna, Kym, Kevin & kids: holding you in our thoughts over here. May your best memories of Michael shine light enough to get you through the darkest moments of grieving. Thank you for sharing his story— especially his art!

Mike always friendly, informative and relatively happy. Definitely loved his family, music and life! Will be certainly missed by the Earth bound. Deepest condolences to his family and loved ones.

So sorry for your loss

Kym, sending you, Donna and your whole family much love and sympathy. The warmth and strength your family is known for is undoubtedly a huge help in comforting all of you now.

Hugs and thank you.

Not sure if it’s just me. I’ve not been too social as I get older. But I can’t ever recall meeting Michael. Was even rare, if I recall, seeing Donna at community functions. Yet, I knew his name and the part he played in helping create and sustain a nice community.
Another pillar falls. We are left to carry the memories. And it sounds, from the writeup, that Michael gifted your family with fun and connection, aplenty.
May you, Kym, and yours carry those memories for a long time. Condolences to all, especially Donna.
PS: The art you shared was not available to my screen. Where else in the community did he leave his work?

Much of his art burned in the recent fire. We have some of his pieces. Malachi and Quinn each have a piece. Donna has a couple. And we have a few more tucked away though most of his best ones burned besides the pieces owned by his grandsons and Donna. The link early in the obit has some photos of his paintings and one drawing.

Thanks for pointing the way to the other article with and about Michael’s art. Very impressive. He was not your ‘hobby artist’, but truly a very talented man! You’ve had a few in your neck of the woods. How great that your kids could grow up with the strong and capable people (you and Kevin included) as role models.
Are there photos of the ones that burned? Not to publish necessarily, but to have for the history of the family, and the community. My hopes are you do.
It’s interesting that in this small, relatively tight community, many of us only know each other from talks at community events, or from what they wore at the harvest Ball. For instance, I didn’t know Micael Coyle had been in the Olympics till I read his obit. :/
Wishing you and yours a Wonderful, fu-filling Thanksgiving Kym!

Love this recording. Love how much more human we were in those days as well..

Still brings tears to my eyes!

That is a pretty big discrepancy. So we have a government ag...

Again, no specifics from you. And, a non sequitor.