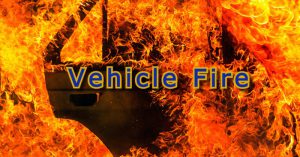 Cal Fire has been requested to a vehicle fire on the 1700 block of Singley Road near Loleta.

According to the CHP Traffic Incident page, the vehicle collided with a gate. Scanner traffic indicates that the reporting party on scene stated that two people may still be inside the vehicle, one an elderly male.

Once on scene, a full wildland fire response has been requested. The vehicle is stated to be “fully involved”.

Update 3:01 p.m.: The CHP Traffic Incident Page states that it is unknown at this time if the vehicle is occupied.

Cal Fire helicopter 909 is in the air and en route to the scene. 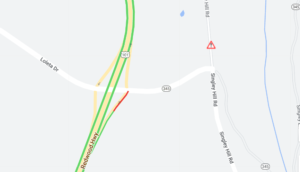 With the exception of a Cal Fire unit, all remaining units have been cancelled.

Update 3:34 p.m.: At 3:16 p.m. the CHP Traffic Incident Page reported that the vehicle appears to have been abandoned. Humboldt Towing has been requested for an evidence tow.

The helicopter is here

the closure is just east of off ramp on loleta dr. Map shows northbound loleta dr offramp as closed. it is not.

Ice, were there people in that burning vehicle? CHP reported it as abandoned.

Of course, you Mr. Sleuth have it all figured out and everything else is false.

If his story is false, then please tell us the truth.

The ATV roll patient from the Honeydew accident.

Progressives = Democrats Californian’s are getting...

If you’re off grid in humboldt you can get an alternat...

Garberville hasn’t been the same since The Cellar burn...