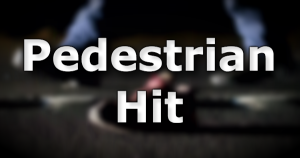 According to scanner traffic, at 10:19 a.m. a vehicle hit a 42-year-old male pedestrian on Concow Boulevard in Covelo. Initial reports stated that an altercation had occurred between the two parties prior to the incident.

The CHP Traffic Incident page stated that Mendocino County Sheriff’s officers have confirmed that the son was involved in an altercation with the father prior to allegedly hitting the father with his vehicle, intentionally.

An ambulance is en route.
Please remember that this story is unfolding. Information is being reported as we gather it. However, some of the information coming from witnesses and initial official reports could be wrong. We will do our best to get the facts but, in the case that something is inaccurate, we will update with correct information as soon as we can.

That little punk should be put in prison for attempted vehicle manslaughter!

Not much family love + alcohol = near fatal news story 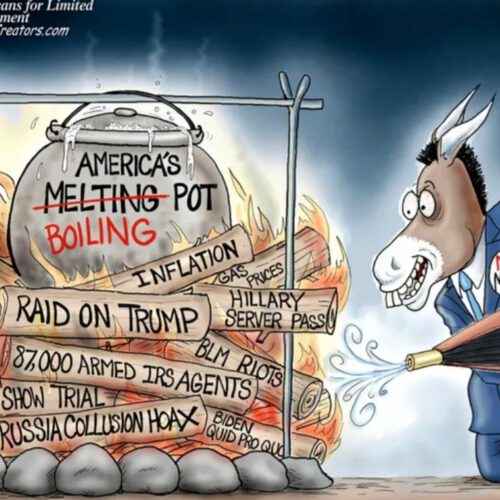 I don’t care if the punk son was drinking or not, you don’t try to run over your father with a vehicle. I still say it is attempted murder!

Yeah, but if you do want to kill somebody, do it with a car. You’ll get all sorts of sympathy and time off for crying and early release for even more crying and stuff.

Not asking for sympathy and you don’t know the true story, not trying to kill or hurt anyone
Before you throw your comments in know there story

For starters the story is all wrong, the so called kid your calling a punk don’t drink, he works hard, he didn’t run his dad over his dad jumped on his car as he was trying to get away from his dad, than his dad pulled a gun on him so now tell me whose the punk, no the whole and real story before you throw your two cents in

We love TRUMP! Get ready for 2024! You actually think sleepy joe is doing anything good for America? You watch too much cnn

He ain’t no punk, and the story is all wrong, he didn’t run or try to run his dad over, he was trying to get away from his dad to avoid an argument and his dad jumped on his car
Now the story before you start calling names
[edit]

Covelo…is anybody ever surprised by anything anymore when Covelo is in the sentence?

Dad should have spanked his ass when it would do some good.
Fishing and hunting trips worked for my son and me.
Nowadays people seem to be afraid to discipline their children.
See what you get!

Why would you assume so, and what business is it of yours?. ‘Seems’ and ‘is’ are two, different realities. Just because fishing and hunting trips worked for you and your son, does not mean that it’s a universal solution. Except, in your self-righteous opinion.

I’m assuming because I read the article that says the kid ran over his father.
Either Kyms way off or you are!

He didn’t run him over, the dad jumped in and on his car as he was trying to get away from an argument with him

Yep they are way off, way off

Kym did not publish this story, I did. We reported what went over the scanner which often does not show the full picture of what is happening. Thank you for giving us additional information so that we can follow up.

Spare the rod-spoil the child!!! Has worked since the beginning of time in raising your children Just telling the truth. Some children listen to verbal reasoning, others dont Its up to the good parents to figure out which works I was raised to respect my parents, my elders, and our land, so many kids today dont know what respect is. Then there are the kids who have learned respect, and they really put a big smile on my face to know they are being raised the correct way by caring/loving parents

In this case, the dad is at fault

It seems now days a lot of parents don’t give a damn about their kids or what they are doing.

Well that is true in Arcata. I saw my friend-single Mom while Dad was away for a few years (drug charge, psychedelics)- raise her son into a fine young man. But all the way she had to fight the tide of irresponsible and spoiling parents who just let their kids run wild and do anything. I don’t have kids so it was weird to get that window into that scene. Her son was always the one who didn’t get to do what the other kids did – hang out and party at 12, 13 years old and it bummed him out that his Mom was so hard…pushing him always in academics and sports. Now he stands head and shoulders above those poor and clueless 20-somethings. Their parents were too busy partying to care enough and just “went with the flow” of what party parents do in Humboldt…and end up w/ some nearly illiterate lazy kids. I lost a lot of respect for these parents when I saw how little they cared for the future of their own children…but that is the social climate in these parts- hang out and do bong loads and just hope shit works out I guess

Far, far too many.

They did do that growing up, know the story asses

He’s a pathetic excuse not a dad at all

I’m not judging this just yet. Not many details.

There are great Dads, mediocre Dads, and abusive Dads,
The same is true of sons,

I’ll wait and see what actually happened.
I don’t see any indication that the Son or the Dad was arrested.

the father was arrested, not the son

Can’t fix stupid. Throw a lil fit waa waa and get all mad. Run your pops over. What the hell??? No excuse. Absolutely no friggin excuse.

Well mendo momma if you knew the truth
My son works hard and was leaving or trying to get away from an argument and his dad jumped on his car, so no one ran him over
Now the story before you throw you comments in

The dad went to jail so there you go