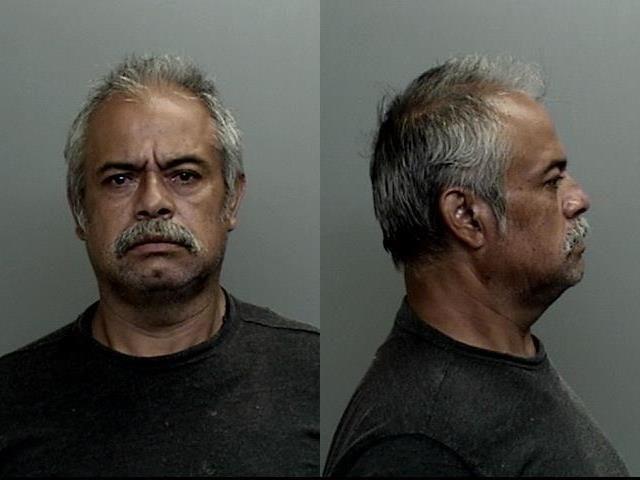 On 08-10-22 at about 8:25 PM, the Mendocino County Sheriff’s Office received a call about a vehicle parked in the 22000 block of East Side Road in Willits, California.

The caller advised the vehicle was occupied by a male subject in the back seat, which possible was stalking a resident in the area, not the reporting party.

Sheriff’s Deputies arrived and located a green Toyota parked in the area. They contacted a male subject in the back seat, who was identified as Alfredo Nunez Aguilar.

Aguilar was given verbal commands to keep his hands visible and exit the vehicle. Aguilar complied and was detained.

Aguilar consented to a search and inside his pants pocket, Deputies located two live rounds of ammunition.

In a cup, Augilar was holding when contacted, Deputies located approximately 5.1 grams of a suspected controlled substances. The handgun was found to be loaded with one live round in the chamber and three more in the magazine. Also in the vehicle were binoculars, bolt cutters, wire cutters, and a game camera.

Sheriff’s Deputies were advised Aguilar was prohibited by law from possessing firearms or ammunition.

Let us see the pictures that were on the game camera…

Did they investigate if he was from the area and who he was stalking was it a dope grow or was he going to do something worse like kidnapping or home invasion. The dope is a short stay and the gun thing is a short stay and he will be out tomorrow I hope they questioned him to find out more.

Maybe he was keeping Secret documents at his house ?
If so, bust his ass

Drugs are good, whether legal or illegal, do more drugs America, major cause of mental illness, self inflicted, crack me up.

I would DNA this dude , for missing people.