Suspect in Arson of an Occupied Tent Captured With Help of Multiple Agencies, Says DNSO 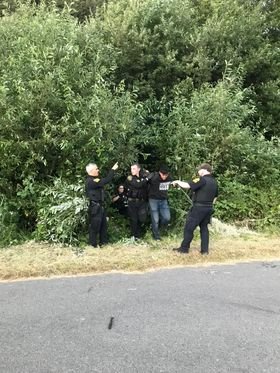 This is a press release from the Del Norte County Sheriff’s Office. The information has not been proven in a court of law and any individuals described should be presumed innocent until proven guilty:

Sheriff Garrett Scott would like to commend the Yurok Tribal Police Department for an outstanding investigation and the arrest of Nikwich Nez, who posed a serious threat to the public.

Nez has been setting multiple fires in the Klamath area over the past several weeks in wooded and grass areas, as well as setting fire to a tent where campers were sleeping inside. Luckily the victims only sustained minor injuries.

Yurok Tribal Officers had previously located Nez, however he was able to evade arrest.

On the evening of 08-11-2022 YTP officers located Nez in the Klamath Town Site area where he fled into a heavily wooded area. 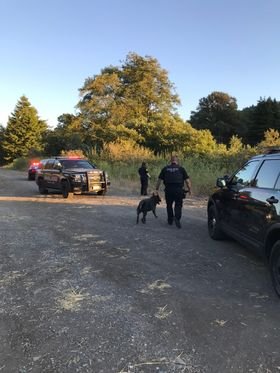 Nez was medically cleared and booked into the Del Norte County Jail.

He is being held on multiple arson charges, attempted murder, and resisting/obstructing a peace officer.

I am extremely proud of the Deputies and Officers involved in this arrest. Nez posed a very serious risk to the public.

A very big thank you to K9 Kai and Sergeant Lopez for assisting in this arrest!

This is an awesome example of all agencies working together toward a common goal!

I hope Nikwich and Winkle never go on a crime spree together!

Starting a fire on your on reservation? That should go over well.

Time to outlaw matches. And automatic hi capacity bic lighters. Background checks and raise the price on butane That will make all the sheeple safe !!! Give biden 2.5 trillion to address the crisis!!!!!

This makes them fully automatic and dangerous.

That was a clever and funny response… Right to the inclusion of a whole country in the condemnation.

Made me chuckle. Thanks. I miss the good old days of the adjustable flame Bic and McDonald’s french fries fried in beef tallow.

Ya, too bad you can no longer adjust the flame height on a Bic or refill them…

Arson, should be tried as Domestic Terrorism. IF, found guilty, tall tree and a short rope. Period

Absolutely. So many a losing everything and even dying because of arsonists. Increase the penalties!

I agree. If guilty he needs mental health care and incarceration for a significant length of time.

Fire starters need to be set on fire themselves!

Isn’t arson one of the stepping stones to become a murderer? I think specialists have verified it?

It is so good that the police were able to stop this man before he killed someone or started a fire that couldn’t be stopped. Thank you. It is sad that there was such a person that needed to be stopped.

The tent burner has been captured what about the woman burner near gb. Or the burned girl in the fridgerator where Covelo rd hits 101. Maybe the people in the tent are connected maybe they are women burners. There’s multiple serial killers in residence you got the woman burner, the mendo dahmer, bruce smith etc… justice is not being done.

Arson should be a capital offense. Mental illness erm personality disorder is no excuse.

I am glad that the law enforcement agencies are finally starting too acknowledge and ask for the publics awareness and assistance with arsonists. Up till recently, they have been sweeping this stuff under the rug, and lying to the public in the name of public safety. Look at all the damage over a multi decade period to the communities off highway 20. After a decades fires, that where later revealed to be the work of a serial arsonist. You can’t stop some of these people, without public awareness. Which in the smart phone / video everything but not help era, really needs to be said. Otherwise people just think nothing of reporting this stuff.