Two Found Dead Fleeing the McKinney Fire; This Morning 0% Containment and Over 55,000 Acres 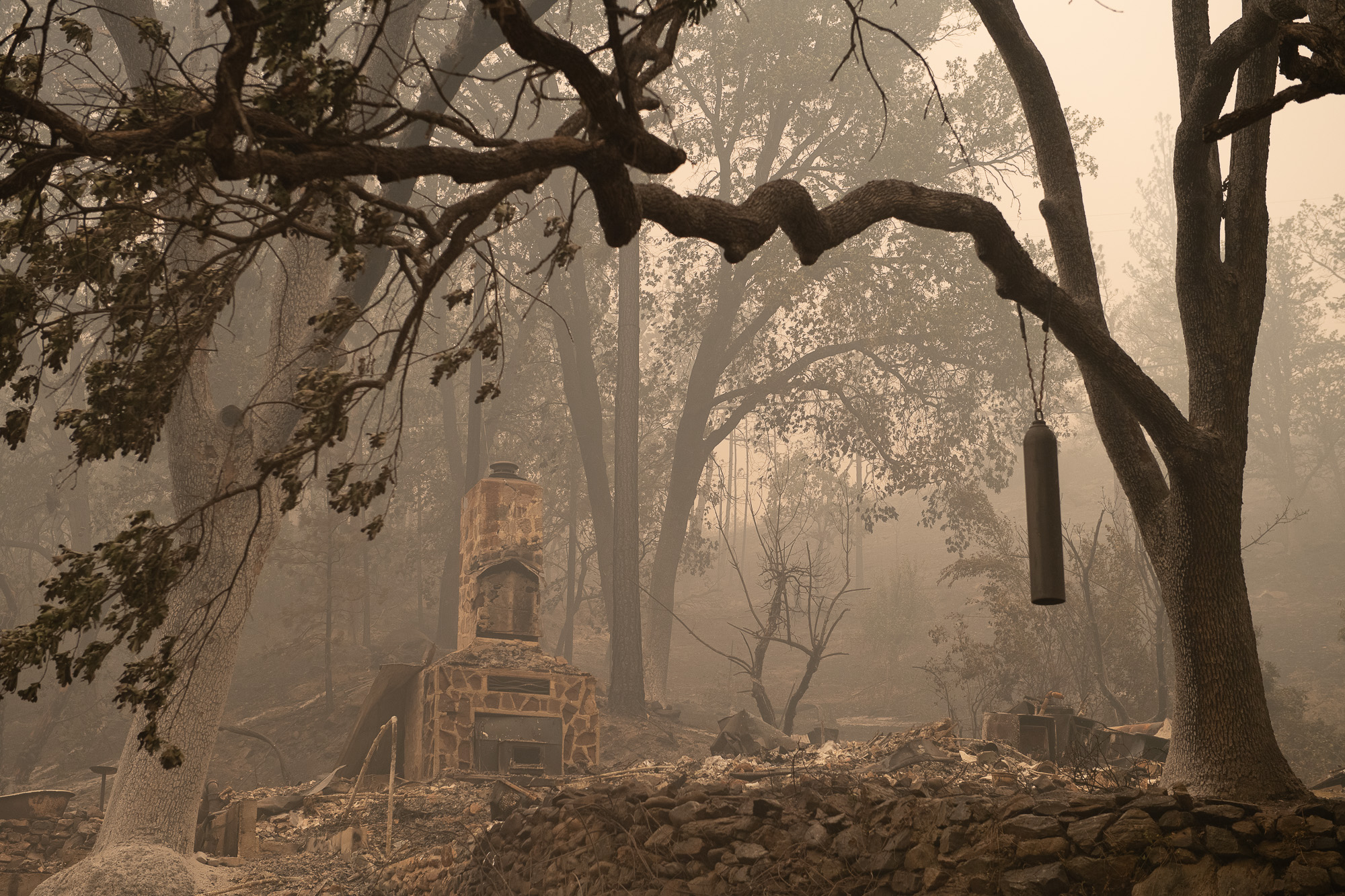 The deadly McKinney Fire tore through multiple structures in the small community of Klamath River on Highway 96 west of Yreka this weekend. [Photo by Mark McKenna]

Today, the Siskiyou County Sheriff’s Office released that two people have died in the McKinney Fire. “Sunday fire personnel located two deceased individuals inside a vehicle located in a driveway along Doggett Creek Rd, off HWY 96, W of Klamath River…,” they announced. The names have not been released at this time.

Yesterday, the McKinney Fire, which began last Friday afternoon, “only” grew about 4,000 acres to 55,493 as an inversion layer settled over the incident. Some rain fell and the humidity rose. However, a Red Flag warning is in effect from noon until 11 p.m. as thundershowers with possible lightning.

A number of other fires are burning (mostly uncontained) in Siskiyou County which is complicating operations:

According to a press release issued by the Klamath National Forest Service,*

The fire continues to actively back toward structures in the Walker Creek area, and night crews were on hand to do structure protection there. The southern and eastern edges of the fire, closest to Fort Jones and Yreka, showed very little growth. The China 2 Fire (west of Seiad Valley and south of Highway 96) did not receive any precipitation but showed only moderate growth due to the high humidity. To the north, the Alex Fire (at the summit above Doggett Creek) received heavy rain.

While last night’s weather mitigated fire spread, vegetation in the area is extremely dry and the continued threat of thunderstorms and the associated strong, erratic winds could result in increased fire behavior. Firefighters will take advantage of the moderated conditions to construct containment lines today, while staying aware of the continued threat for convective activity in the area.

There have been numerous lightning strikes in the area in the last 48 hours, and at least 12 holdover fires have been detected on the Klamath National Forest, in addition to the ones listed above. They range in size from less than 1/10th acre to several acres. All are being fully suppressed. 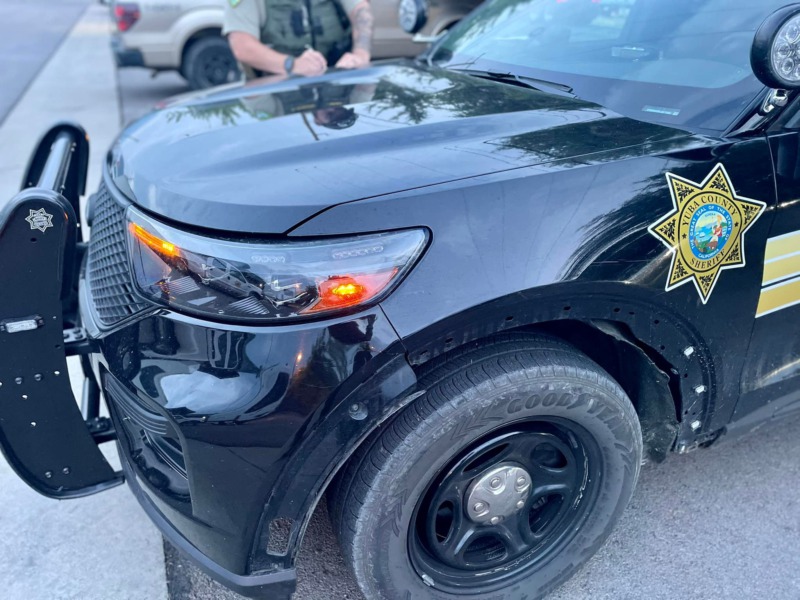 We’ve gathered the most important information about the McKinney Fire and organized it below for our readers.

NEW: @NOAA's #GOES17🛰️ was watching as California's #McKinneyFire showed explosive growth on Saturday. The #wildfire has become California's largest fire of 2022, scorching more than 50,000 acres as thousands of residents are forced to evacuate. #CAwx pic.twitter.com/RLGxjWu7vG

15 minute time lapse of the Herd Peak @AlertWildfire camera of an intense thunderstorm east of Yreka and the #McKinneyFire. Ton of lightning being generated as you can see. Not good for future possible holdover fires from downstrikes… #CAwx #wxtwitter #FireWX @RobMayeda pic.twitter.com/6j1E3P6lOO

The National Weather Service reports there will be a Red Flag Warning from noon til 11 p.m. today. There is a 20% chance of rain again today. However, thunderstorms could go along with the rain. Gusty and erratic winds could also come with the rain. 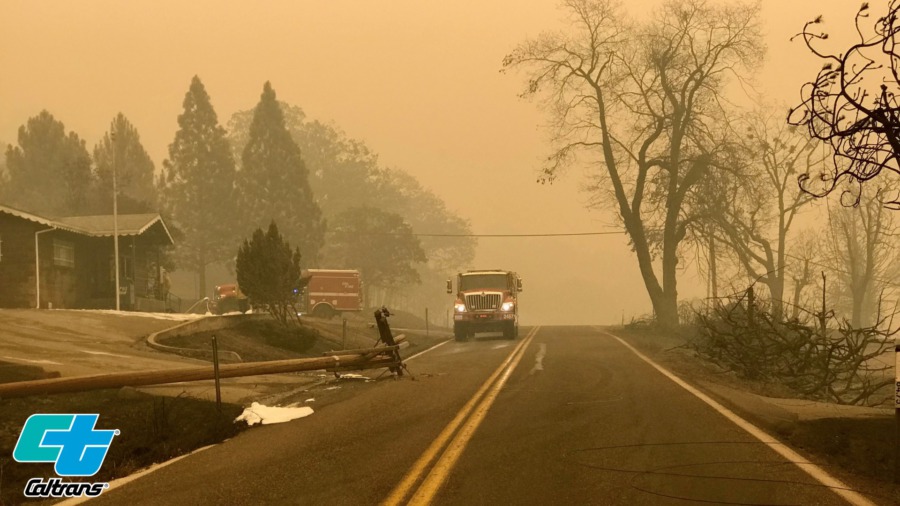 Caltrans reports, “State Route 96 remains closed from the junction with State Route 263 to Scott River Road due to the #McKinneyFire. For the most up-to-date roadway information, please use QuickMap.dot.ca.gov or download the free app onto your smart phone.”

Multiple Evacuation orders and warnings remain in effect. For current updates on evacuations, visit the Facebook pages of the Siskiyou County Sheriff’s Office and Siskiyou County Office of Emergency Services. Additional evacuation information and map can be found on the Zonehaven website. A shelter has been established at the Weed Community Center, 161 E Lincoln Ave., Weed, CA 96094.

*This article has been updated since originally published with information from a Klamath National Forest Service press release. 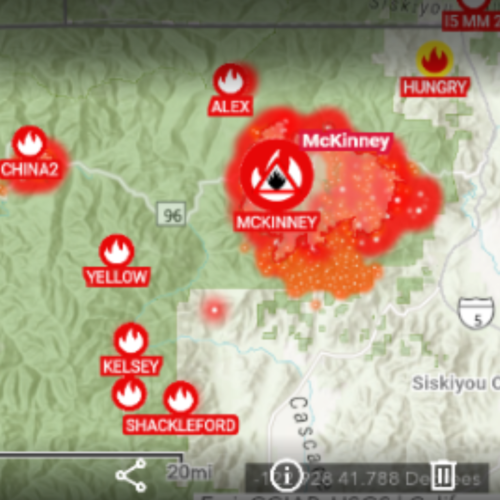 And Closer to home, on the Hoopa Valley Reservation…

We have the “Norton Fire”, and two more additional fires, from the last 24 hours, the “Redwood Grove Fire”, and the “Drake Fire”… 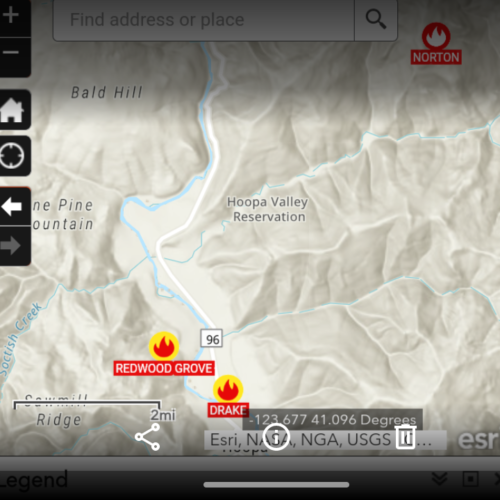 There was plenty of lightning last night, pretty distant to the north from willow creek. Luckily Hoopa FD is pretty good at what they do. I bet they’ll have these fires out in no time.

I hope with you. The more fires get the upper hand, the less resources available for each one.

They have been dealing with
woodland fires for a thousand years in the Hoopa Valley. They have a lot of experience…

They also have some long experience with dealing with near regular arson starts near the Hupa bluffs…(>20yr fbi arson investigation)…when the “money clouds”, as referred to by wildland firefighters, don’t show up.

burned over three decades ago

I don’t know the circumstance of these two deaths, but it’s very, very sad news. My condolences to the family and friends of this pair.
It cannot be stated often enough: vehicles will not operate in the absence of oxygen; if the fire is too great and/or too close to you, your engine will die or simply not start at all. This little law of physics has cost many their lives, including firefighters. Don’t wait to leave “when you have to”. At that point you may not be able to. Leave early.

I didn’t know that! Thanks for sharing!

If there was no oxygen the fire would die too.

So if there is fire, there is oxygen.

The Wildland fire will burn with varying amounts of oxygen: blue hot, white hot, orange, black smoke, white smoke, no smoke. Your spark ignition engine will only burn fuel, fire at the right time and provide motive power if you have the correct stoichiometric ratio of air(&O2) to fuel. Computer controls, reading a multitude of sensor feedbacks limit operation even if your engine might marginally run, but be out of air quality parameters, Diesels run with excess oxygen after combustion, but a paper air filter burning upstream will starve it enough to kill it. Car engines pull through a large amount of air during operation. Say you have a 3 litre displacement engine, you draw in and push out 3 litres of air every other rotation, so trying go 2000 rpm, it’s moving 3,000 litres of ambient air through it every minute. Add to these issues, other parts of the vehicle burning, tires popping, no visibility, and just the fact that cars don’t always work on the best day.

If all three are in competition, which dies first?

And that question has not been answered…

Which can continue to “run” with the least level of atmospheric oxygen?

And that may not have been the initial problem, anyway…

The vehicle may have simply run out of fuel… And then, not being able to escape, the vehicle, and it’s occupants, became fuel.

And then there is the danger of looters…

It’s actually possible that the people that didn’t make it, was from looting…

What? a result of looters somehow? Ridiculous. Looting is way over hyped. It comes from law enforcement, who usually don’t know shit about fires, but want to be useful, so it’s: “patrol for looters” on the news, which gets the ignorant an idea. So they go up to a neighborhood that is 1) burnt down, 2) busier than normal. 3) more dangerous than normal 4) more interesting than normal. A looter would be there when no one is supposed to. Once people come back they go straight to checkin their shit. People hate fires because they burn every thing up. That includes the small percentage of junk that’s worth stealing. In any case, looters would do better just being regular year round burglars.

People don’t operate all that well in the lack of oxygen department either. More than likely if the engine is dead, so are you.

Here is the latest satellite weather image. Looks like t-storm cells extending from Ukiah. up past the Oregon border..
https://forecast.weather.gov/MapClick.php?lat=40.87&lon=-124.0853#.Yuhd08plCf1 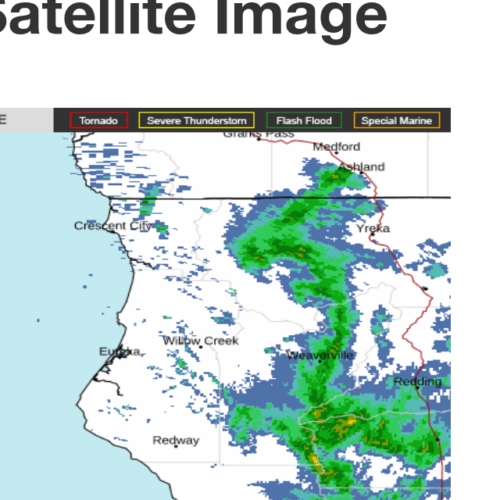 What a scary, horrible way to die! I can only imagine how terrified they must have been as the fire overcame them. So tragic! When they tell you to leave, it’s not a casual suggestion…get the f*ck outta there! Your possessions are not worth as much as your life!

You pass out from lack of air long before you burn, luckily

I sure wish they would drop the information of the two folks who lost their lives trying to escape the fire. Please stop and let them RIP. Condolences to their family and friends. God bless.

Count is 4 now.
Only real positive is that, as of now, Siskiyou County SO says no one is unaccounted for.