This is a press release from the Humboldt County Drug Task Force. The information has not been proven in a court of law and any individuals described should be presumed innocent until proven guilty:

On June 30, 2022, at about 1:45 p.m., an officer with the Eureka Police Department was conducting a traffic stop near Hodgson and Q Streets when the male passenger exited the vehicle and fled on foot. The passenger had what appeared to be a handgun concealed under his shirt. The officer detained the driver while providing the passenger’s description to responding officers.

During a search of the vehicle, EPD K9 Bodhi alerted to a firearm in the vehicle. The driver, 33-year-old Jacob Swagart was arrested for possession of an assault style rifle.

Officers reviewed surveillance footage from the neighborhood and were able to identify the male passenger as 34-year-old Shawn Gallagher Jr. At about 3:45 p.m., officers located Gallagher near 14th and A Streets. Gallagher was taken into custody without further incident and booked into Humboldt County Correctional Facility for felon in possession of a firearm.

Photos from our reporter Mark McKenna at today’s scene:

A subject is searched by an EPD officer near the corner of Q and Hodgson on Thursday. [Photo by Mark McKenna] 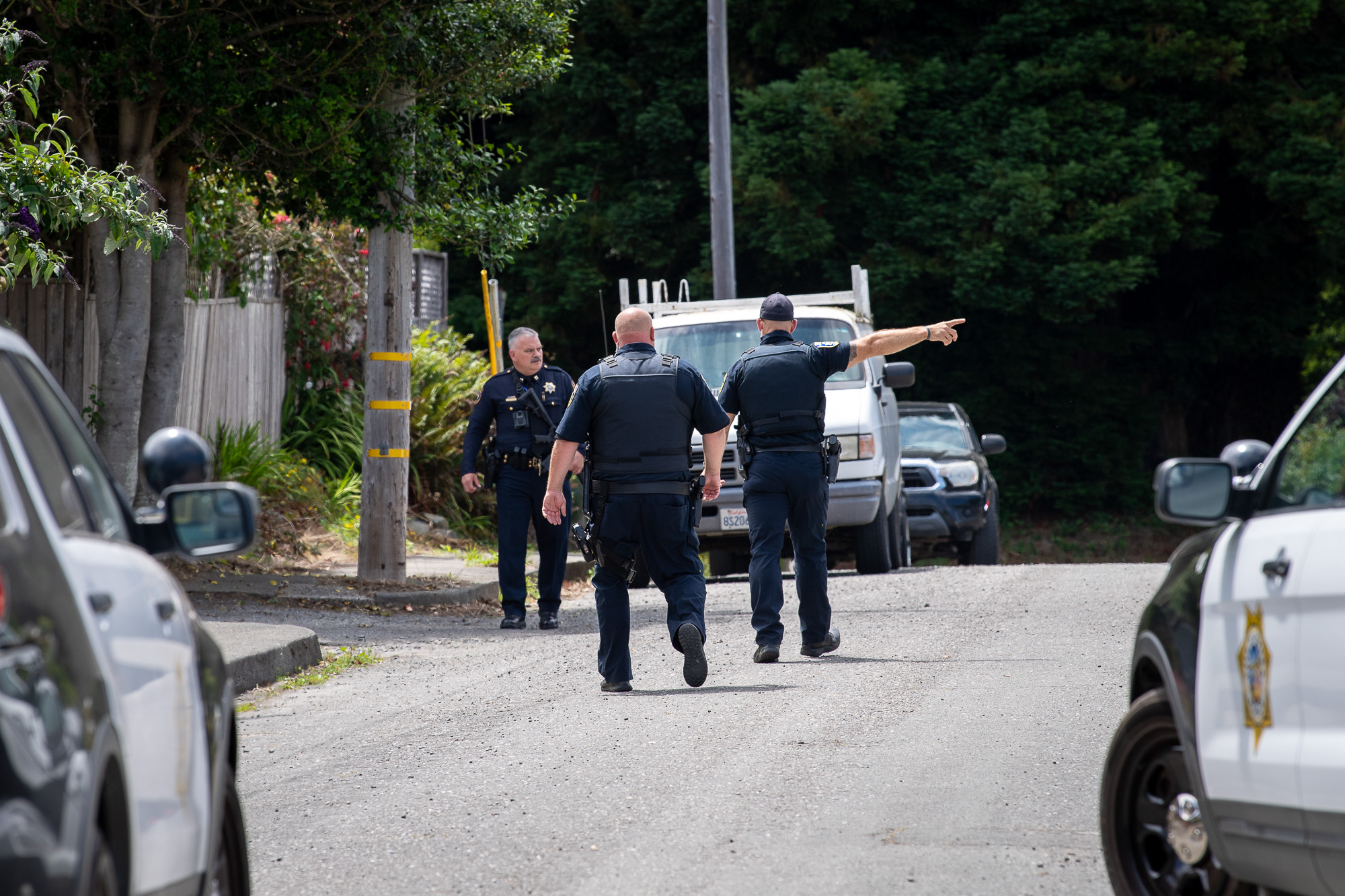 Eureka Police Officers searched a home and alleys near the intersection of Glatt and R Streets by Sequoia Park after a subject fled a traffic stop at Q and Hodgson. [Photo by Mark McKenna] 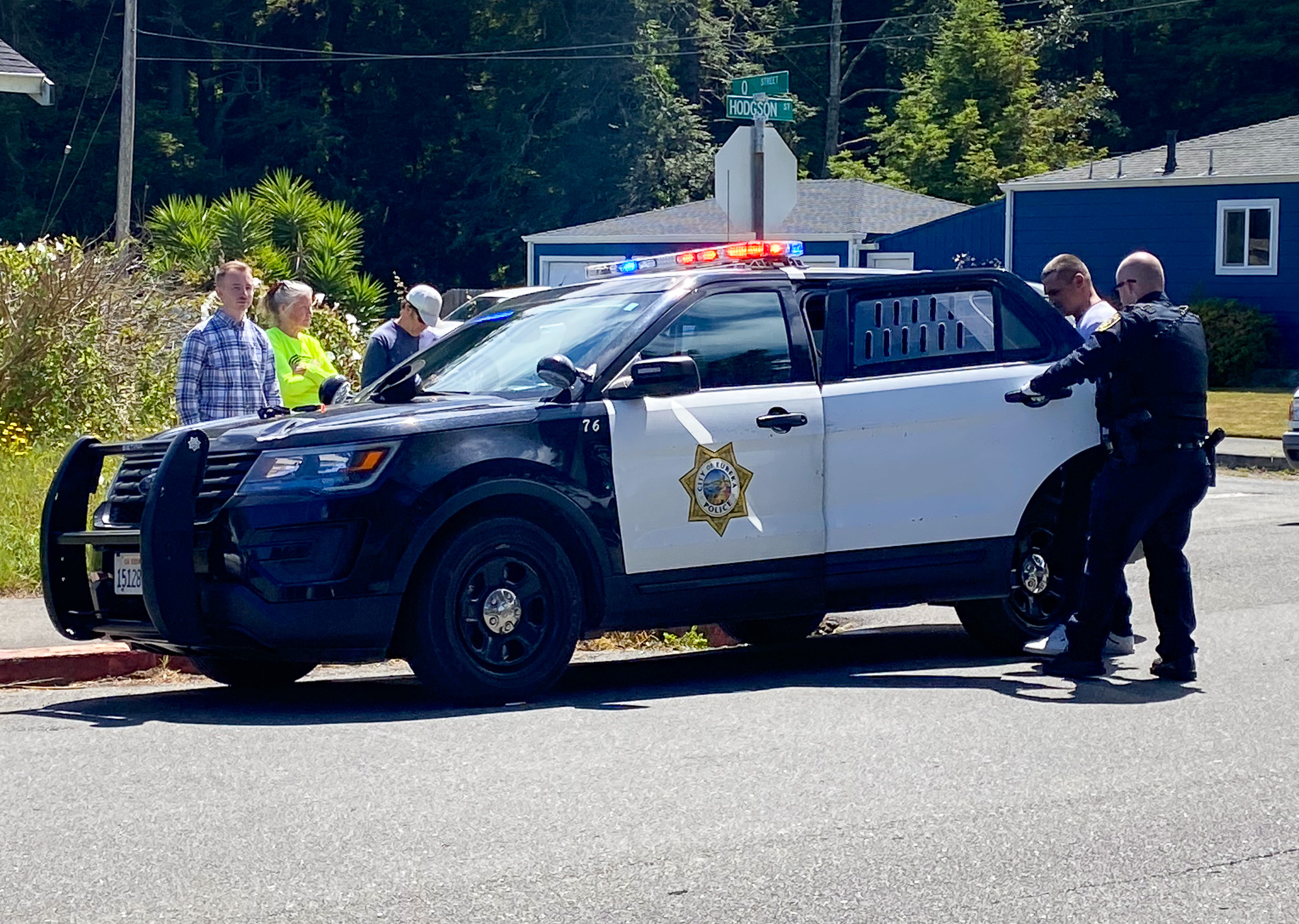 A subject is placed in a patrol vehicle after being searched by an EPD officer near the corner of Q and Hodgson on Thursday. [Photo by Mark McKenna] 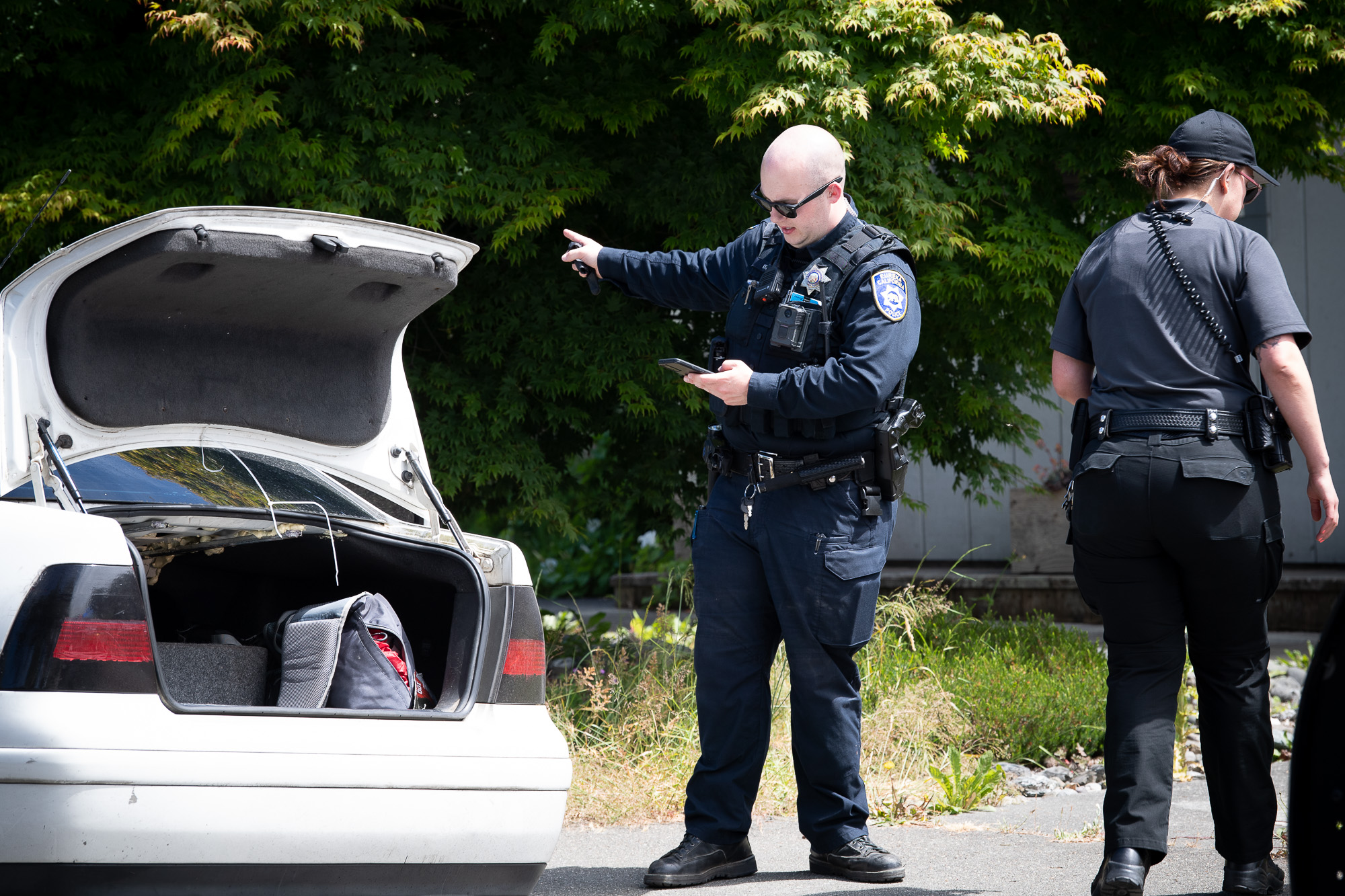 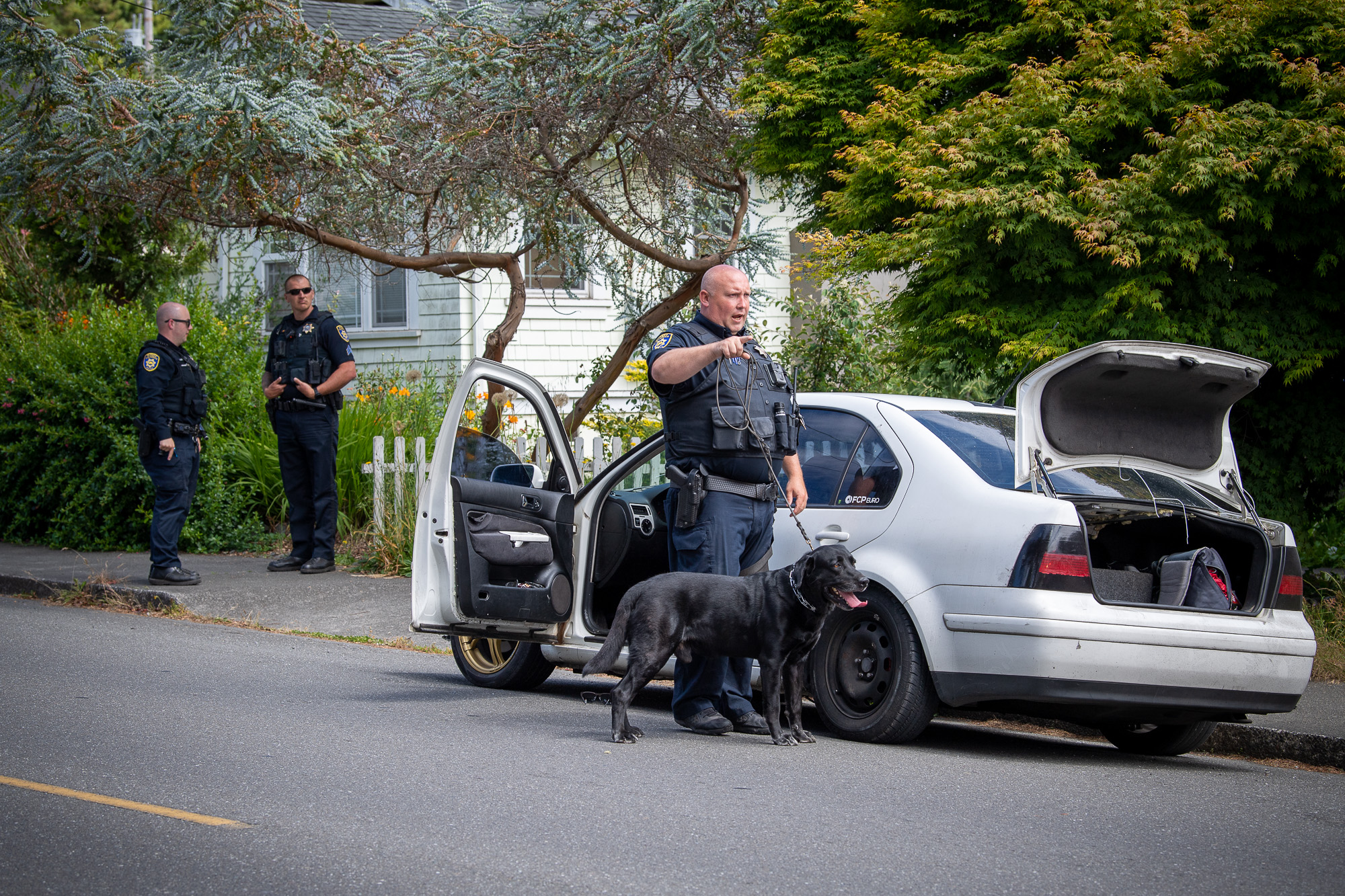 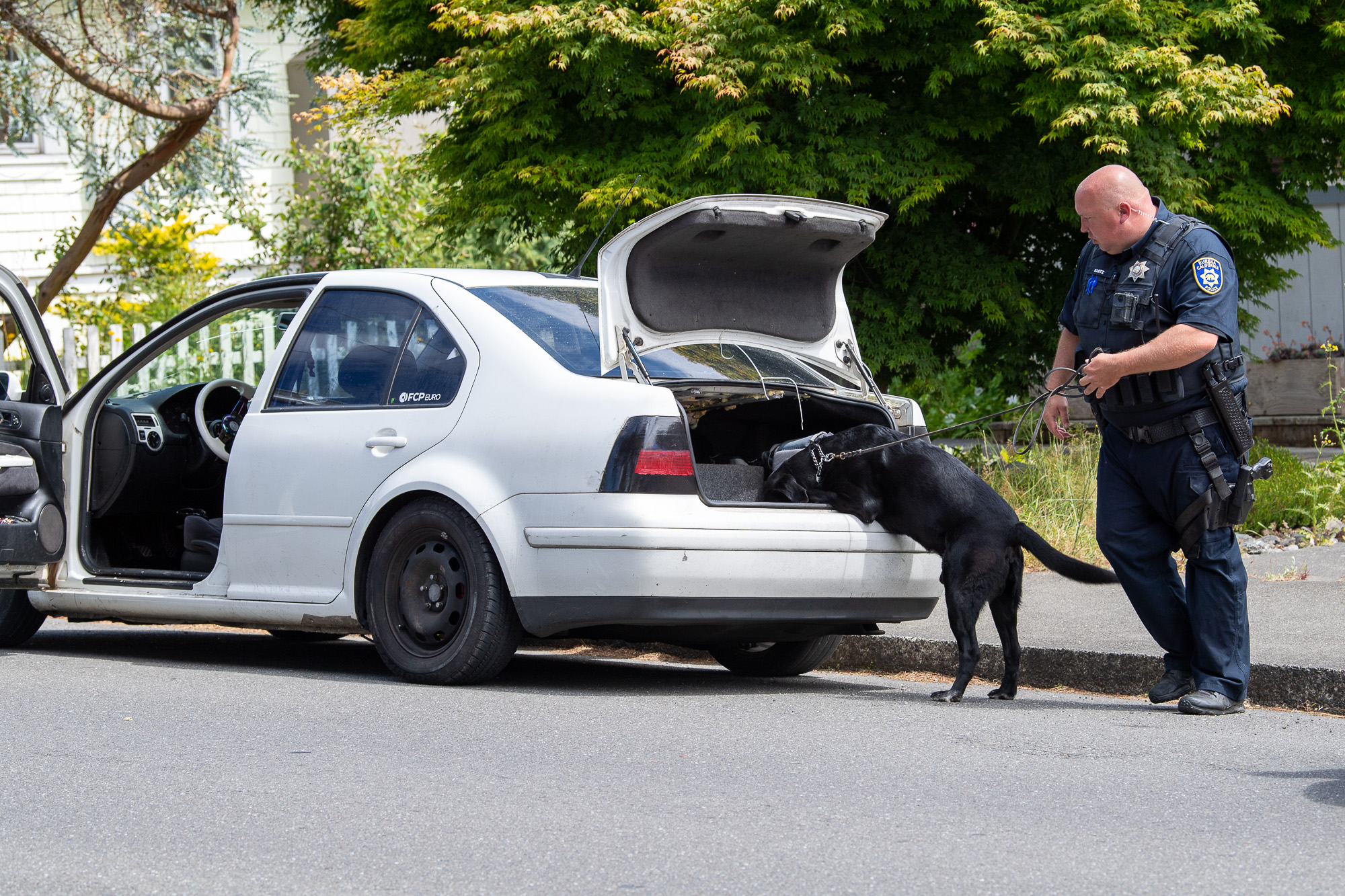 An EPD K9 searches a vehicle that a subject apparently fled following a traffic stop. [Photo by Mark McKenna] 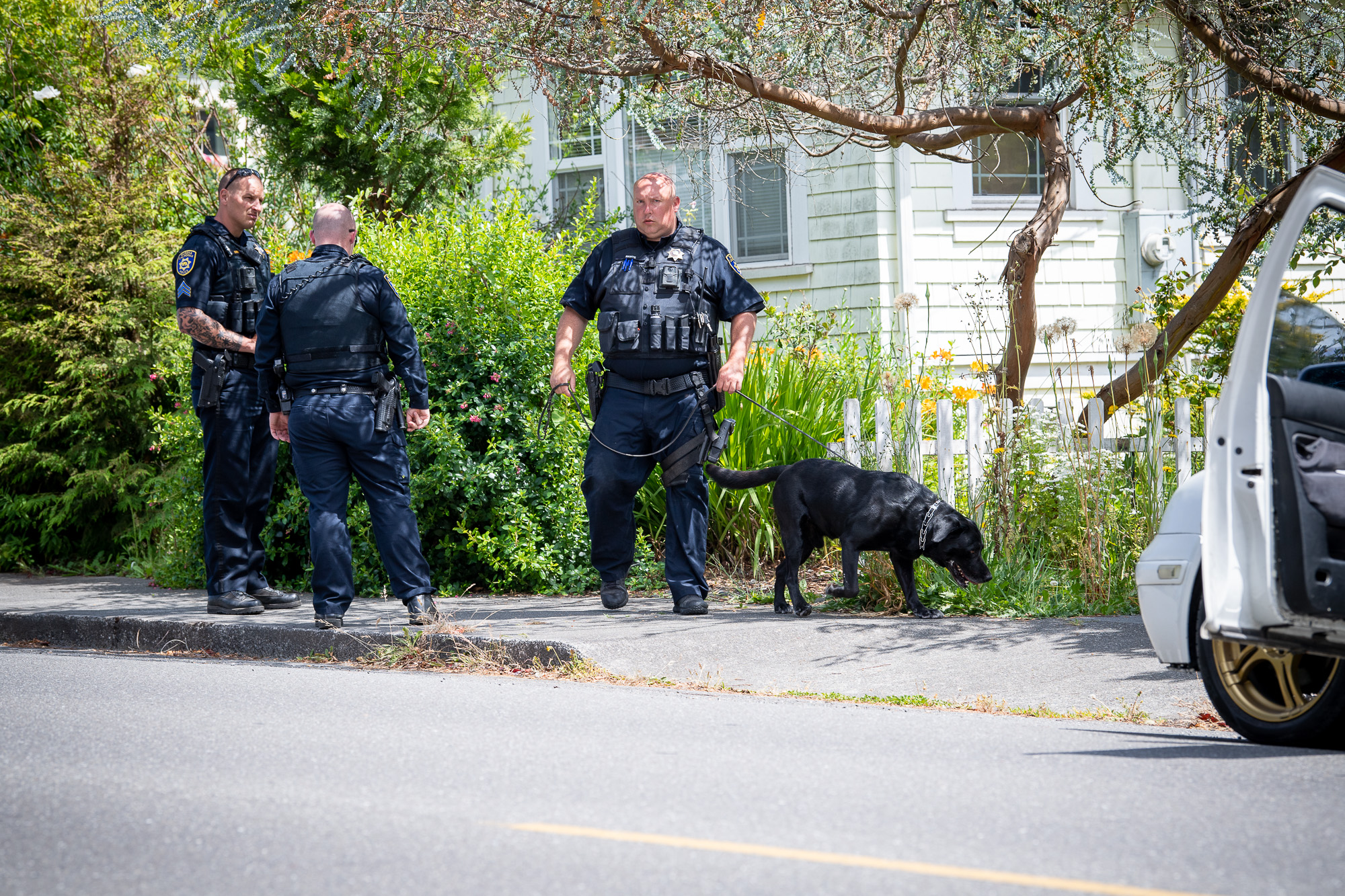 The same K9 searches near the vehicle after a suspect fled following a traffic stop. [Photo by Mark McKenna] 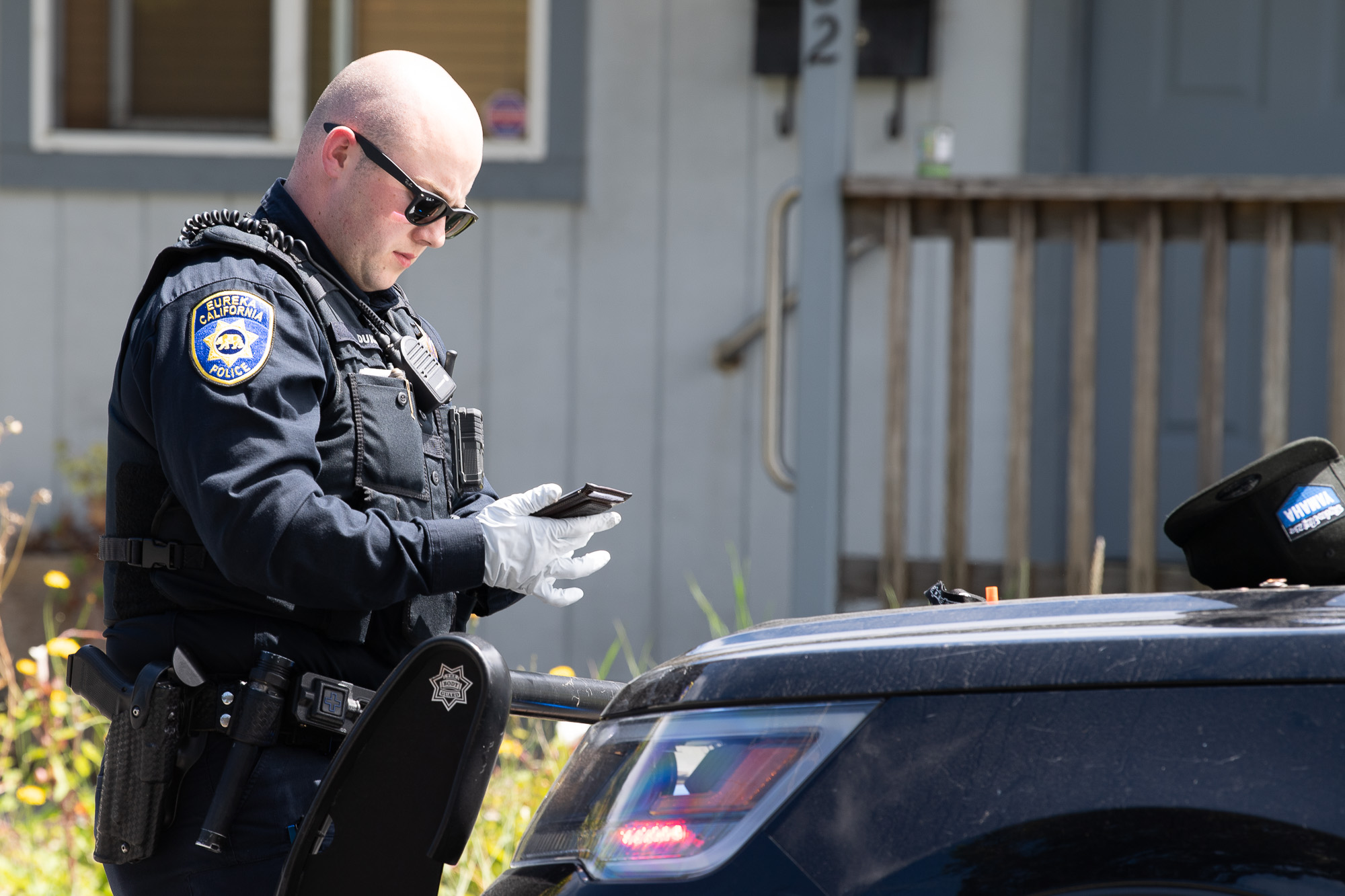 An officer searches a wallet. [Photo by Mark McKenna]

Earlier: Reverse 911 Sent Out, Law Enforcement Has Area Blocked Off Near the Sequoia Zoo

Some of the garbage these guys pack should be called “insult” weapons. They are in no way anything a warfighter would want!