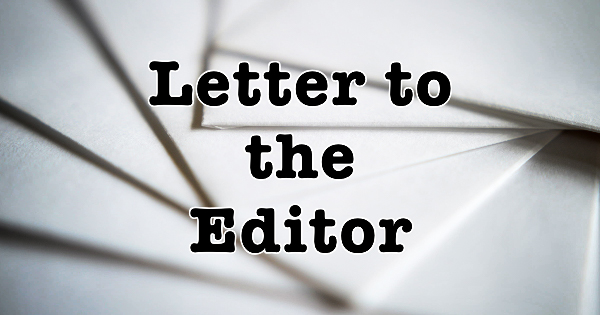 To Whom It May Concern:

I’m a Humboldt County resident and one of many prosecutors and police officers who has publicly endorsed Mr. Kamada. My reason: When I worked with him in the District Attorney’s Office in 2018, I knew him to be hard-working, hard-hitting, and unflinchingly honest. Even then, he had the makings of an excellent District Attorney. I told him as much at the time, and was thrilled when he told me that he’d decided to run.

Given what I know of him, the recent attacks on Adrian’s competence and character don’t sit well with me. In fact, Ms. Fleming herself had assigned him a caseload that included some of the office’s most serious cases. It’s hard to fathom why she would have given those cases to an incompetent attorney.

He was also one of only a few attorneys in the office she entrusted with search warrant review – I was another. Because of this duty, Adrian had to become well-versed in issues related to informant confidentiality, since these frequently arise in search warrants. (The people we prosecute often don’t play nice with snitches.)

And after reviewing the memoranda published by Lost Coast Outpost, it astounds me that anyone with experience as a prosecutor would claim that Adrian violated discovery requirements. In simple terms, the informant statement couldn’t have helped the defense case and could never have been used by Adrian at trial. Because of that, the statement didn’t need to be disclosed.

But since the issue of prosecutorial ethics has been raised, I think it only fair to discuss two cases the office charged in the brief period that I worked there. In the nearly ten years that I’ve spent working as a prosecutor in three different counties, these are the only two cases I’ve seen that were completely unprovable the moment they were charged.

The two cases were eerily similar. In both cases, the undisputed evidence the office had when the cases were charged showed that the “suspects” – both young men without significant records – used force only while they were being strangled by their “victims.” In both instances, the young men told law enforcement that they were in fear for their lives when they acted, and in both instances, there was no evidence showing that either young man was lying.

Even in California, we all have the right to do what those young men did: Defend ourselves against unprovoked, deadly force. As prosecutors, we’re supposed to know the law. This includes understanding the right to self-defense. And we’re not supposed to bring charges unless we have “probable cause” to believe that the person is guilty. In cases like this, a responsible decision to charge potentially life-altering felonies could not be made unless we had evidence disproving self-defense. In both cases, we didn’t have that evidence.

Now, Ms. Eads isn’t the elected District Attorney, but she has hitched her wagon to Maggie Fleming’s legacy. Because of this, Ms. Eads insists that nothing’s rotten in the County of Humboldt. But charging decisions like these say otherwise; the violent crime statistics over the last eight years say otherwise; and the streets in Eureka say otherwise.

In the next two weeks, you will have a big decision to make. You can either vote for a continuation of the ideas and policies that brought you the last eight years, or you can vote for change. On June 7, please join me in voting for change.

You obviously haven’t seen what a dirty campaign he is running. There is no need for that. We are compelled to stand up for the far better candidate.

With some of the positions you have taken, your credibility is not in good standing with me either.

Right? It’s funny but if I don’t really know the candidates I just look to see what commenters are supporting which candidate…mostly to see who I should vote AGAINST! Lol

are you going to still be around commenting after the election? it seems as if you are being paid to comment or have a hat in the game.

Yep. I have ‘observed’ the same.

Thank you… I think. With innuendo flying everywhere, it’s hard to know what is what.

the simple fact that both ends of the local political pendulum are in support of Kamada is enough for me to vote for him. usually it’s always divided into two teams. its a crazy moon when EPIC and Arkley are on the same team.

EPIC because he handled his assigned environmental cases with some success and with Arkley I suspect it is personal. All these endorsements seem too personal, too political and too directed at the narrow interests of the endorsers. If an environmentalist and a right wing moneymaker agree on a candidate, it is because they feel they can have leverage with him and not the other candidate. Which would actually be plus for the other candidate. It seems the typical way politics works in Humboldt Co- it’s all personal. But competence will end up being more important than politics becauseeverything a DA does can and will be challenged in court. A candidate might be endorsed because they will be less effective, not more. It’s just impossible to pin down. I’ve read that Kamada caused errors in some big cases but then the Kitchen case was an offensively light penalty too. It’s just too messy.

politics in Humboldt is like 3rd grade math. keep in mind that EPIC is also a moneymaker by suing and extorting people like Arkley.

Epic?
A shadow of itself.
Environmentally there is nothing more important than our coastal wetlands- which have been diminishing for decades now due to an irrational fear of a benevolent plant and Epic has been an ethical coward the entire route.
Still mum. Expletive.

As it happens, Mike Galli – who literally wrote the book on search warrants for the California District Attorneys’ Association – agreed with my analysis.

For what it’s worth, I think that it is majorly irresponsible – and borderline unethical – for prosecutors to make incorrect public statements about the law. My choice was to either allow this to pass unchallenged or take a stand against it. I made my choice.

Thank you, Josh. That hit piece on Kamada didn’t sit well with me, either. Adrian definitely has my vote.

And completely ignoring my points about his other ethical issues doesn’t make them go away. But keep picking at that straw man.

We must be using different dictionaries. In mine, exculpatory evidence is defined as evidence tending to show that the defendant is either not guilty or should receive less serious punishment. Oddly, that is the same definition found in the Brady line of cases.

But maybe I’m wrong. If so, why isn’t the defense bar raising a hue and cry about Adrian’s ethics? Shouldn’t they be warning Humboldt about the dangers of someone holding that office who withholds exculpatory evidence? Where are they, besides largely endorsing Adrian?

The reality is that Adrian was fired because he told the boss that she was wrong, and didn’t do it in a particularly conciliatory way. As a result, she fired him, which she had every right to do.

And she has every right to tell the voters in Humboldt that she believes that he’s too hotheaded and stubborn to succeed her. But she doesn’t have the right to invent ethics violations that aren’t really there.

Roger, get some sleep man. This election has got you all upset. It will all be ok

Now I’m confused. On the one hand, you’re accusing Adrian of cutting ethical corners in his zeal to go after a suspected serial killer. On the other, you’re accusing him of being someone who is going to get rid of serious cases to appease his defense attorney buddies. Which is it?

And you’re right, I haven’t done what Adrian did, and I have never once claimed that his actions were routine or best practices. But I’ve also never been in the situation he was in, where an investigating agency left a gun at a murderer’s house during the service of a search warrant and then refused to fix its mistake – or even acknowledge that it had made one. That’s a tough position to be in; particularly when you believe that the guy you’re prosecuting is a serial killer, and you don’t want him to get the ol’ “Count One, Open” Humboldt County offer that more often than not amounts to a wink and a nod for felony probation.

But accusing someone of having a lapse in judgment that merited firing is one thing; accusing that person of committing an ethics violation is something else entirely. Since that is the hill that you seem to be determined to die on, please provide the readers here with the following:

(1) Any court case or ethics opinion from the California State Bar that supports your assertion that Adrian committed an ethics violation. You have access to Lexis Nexis, so that shouldn’t be a challenge for you.

(3) The disposition of any criminal charges your office brought or referred to the AG’s Office for a violation of Penal Code section 141, which criminalizes intentionally withholding exculpatory evidence. Surely, given the high ethical standards of your office, you must have considered bringing these charges against Adrian?

Guess Roger and Eads and Maggie were wrong

It is not his competence I’m worried about, it’s his ethics and attitude.

Only thing good about Maggie was that she was not Gallegos. Eads sounds like she is basically a repeat of Maggie. If anything got better w/ Maggie it’s only because Gallegos made it so bad. Change is good, especially in a disappointing DA office. I’d take a chance and vote for almost anybody who is not proclaiming that the status quo is wonderful- it’s not! Also Maggie before she was DA prosecuted the heck out of my friend for a minor weed grow…she was relentless and ornery about a small indoor grow while some murders and other violent crimes were literally not being prosecuted. Yeah- I remember stuff…Eads wants to run as Maggie II then she gets the baggage. And I still have not heard any answers about Ead’s work on the Marci Kitchen case/debacle/travesty…