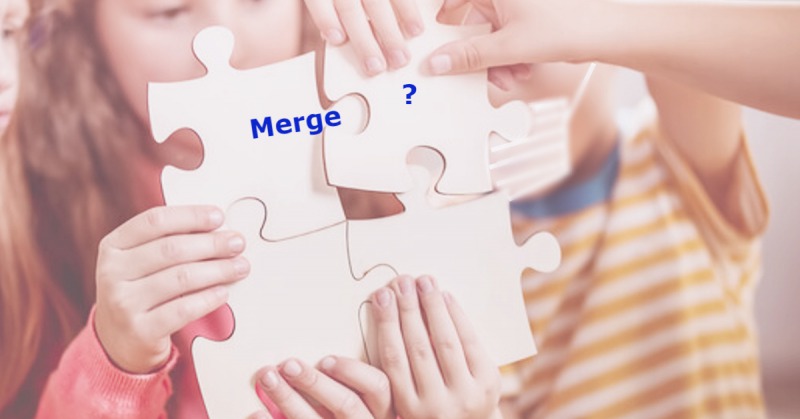 On November 10th, the South Bay Union School District and Eureka City Schools announced that they entered into a Shared Services Agreement that has left a group of community members concerned about the future for the smaller South Bay Union School District (SBUSD). A flyer circulating within the community and on social media is asking members of the SBUSD to attend the SBUSD Board meeting on December 16th in a bid to stop the Shared Services Agreement from becoming a permanent merger of the two districts. Eureka City Schools (ECS) serves over 3,600 students from preschool to adult education at nine schools, while SBUSD has around 500 students at three schools, including an independent charter school.

A parent from SBUSD who wanted to remain anonymous, is unsettled by what the agreement will mean for the future of SBUSD and their children, “We take our children to South Bay, because of the failures we feel happen with ECS. We have had other children go [through]ECS, and had major issues that were not properly addressed. Unfortunately if this merger does take place, we will be forced to either home school or move our children to a different school.”

Dr. Fred Van Vleck, Superintendent at ECS and now SBUSD, said the agreement was born out of necessity and with the well-being of students in mind. The need arose when the ECS Assistant Superintendent, Mr. Michael Davies-Hughes, was appointed as the Humboldt County Superintendent of Schools, leaving his former position at ECS vacant. ECS sought to appoint Mr. Gary Storts, Superintendent of SBUSD, to the vacancy, leaving the SBUSD without a Superintendent in the middle of the school year.

The appointment of Mr. Storts became a two-fold announcement as the two school districts entered into the Shared Services Agreement that has Dr. Van Vleck serving as Superintendent to both districts, instead of SBUSD trying to find a new Superintendent mid-year. The remainder of Mr. Storts’ SBUSD Superintendent salary will be paid to ECS to compensate for the shared services. Mr. Storts will continue to serve the Educational Program for SBUSD along with his new duties as Assistant Superintendent at ECS.

Rumors have swirled that the Shared Services Agreement is part of a larger plan to merge the  two districts by both Dr. Van Vleck and Mr. Storts, for some time. Dr. Van Vleck says that is simply not true, “There’s no grand plan here. This was not preconceived by Gary and myself. In fact, we never had a conversation about shared services until the Assistant Superintendent position was vacated by Michael Davies-Hughes.”

Mr. Storts has no history with ECS, and Dr. Van Vleck’s relationship to SBUSD is through his mother who was in the district for 42 years. He says the “soft-spot” he has in his heart for the district is the impetus for why he offered the Shared Services Agreement to SBUSD. The agreement is a major undertaking for ECS, he said, but Dr. Van Vleck is willing to put in the extra hours to see the continuum of services. “It’s very important to me that [SBUSD] continues to exist and it has good services for the students it serves,” he said.

Contrary to the rumors, Dr. Van Fleck says he appointed Mr. Storts to the ECS Assistant Superintendent position because, “He has a passion for educational services… He is the right person to take our ed services to the next level.”

Parents are also questioning why parents and staff were not made aware of the proposed Shared Services Agreement before-hand, “…If it was a good thing, why was it hidden and behind closed doors?” asked an anonymous parent.

Dr. Fred Van Vleck, Superintendent of ECS and now SBUSD, said there was no attempt to hide the Shared Services Agreement. The agreement was approved by both districts’ school boards and considered a “win-win” by ECS Board President Lisa Ollivier according to a press release on both districts’ websites. SBUSD Board President Gary Quintrell was quoted in the same press release stating that the board sees the Shared Services Agreement as an opportunity to “spend more dollars in the classroom, directly supporting student learning rather than a duplication of services.”

Another community concern is that the Shared Services Agreement will mean the loss of jobs as the districts aim to consolidate positions. The press release from SBUSD stated:

The Districts will also be exploring sharing services in Business Services and Personnel, including maintenance and operations, transportation, school construction, technology, and food services. It is important to note, no current employees will lose their jobs.

Dr. Van Fleck reiterated that, “I can say unequivocally, no jobs are at risk at this point. There has been no discussion of a minimizing of staff… We are trying to hire people, not trying to lay off people. We are understaffed at both schools, we are having a hard time finding people to fill the positions that both of our districts have open.”

According to Dr. Van Vleck, it is up to the SBUSD to decide what they want to do when the Shared Services Agreement ends on June 30th.  He said,

There’s some confusion out there. Some people have taken one plus one and come up with three. …They are assuming this Shared Services Agreement means there’s going to be a merger between Eureka City Schools and South Bay…. [South Bay is] going to make the decision on that. There’s really three paths that could happen, and none of this discussion has happened yet. The only discussion that has happened with our board is the Shared Services Agreement. What they can choose to do is …they can advertise for a superintendent this spring to have a new superintendent start July 1st; They can discuss with us continuing the Shared Services Agreement; Or if they wanted to, we could merge the two school districts. That’s possible but not a foregone conclusion.

The next SBUSB School Board Meeting is scheduled for December 16th, 7 p.m. at the South Bay Library 6077 Loma Ave Eureka. Please note, that the school said they no longer take public comment by email.

I smell a rat! There was an obvious quid pro quo. If Storts wanted to leave then he should have just left. The rumor mill is out of control. Time to recall these board members. Talk about rubber stamping everything and forgetting what they were elected to do.

Recalling members won’t do anything aside from leaving the schools without a board. A board is necessary for the operation of a district. There has been a vacancy at one of the districts for several years and there doesn’t seem to be much interest from any community members to fill that vacancy. If you’re interested in change, please consider joining the board so you have a vote. Odds are, you’d also have a lot more factual information at your disposal, compared to all of the rumors that are flying.

Glad to see you agree with the board rubber stamps whatever Storts or VanFleck put in front of them. Maybe if they were transparent on their operations folks would know there was a vacancy. Hard to be transparent when your a yes man or women. You seem intimate with what is going on there, are you part of the problem?

They (Jaye) obviously are.

South Bay is doing well financially, but Eureka is not.
Why bring South Bay down that road too?

WOW… No hidden agenda? And as for the math- sounds like that new math theory are pushing. We all know how well that works.
So they are not combining, and Van Fleck is just a temporary? So why combine services? It is just one step to merging the schools.
Yah, they won’t admit they were caught. Because they were and are playing dirty.
For shame. This is our kids. At lease now we can look back on this story at a later date and laugh/ cry, because they were outted, and yet didn’t stop. Cause you know they won’t

Mr. Storts’ wife works at SBUSD as the Reading/ELD coordinator. I wonder if she is on board for switching over to Eureka City Schools? Or if she’s hoping with her husband’s salary increase the she can step away or easily be reassigned a new job with ECS…

Wonder if they bothered to advertise Storts South Bay job to see if it was actually necessary to have him hold both positions or if there is someone else ready and willing to fill the position. The kids don’t care either way if things switch mid year, especially with a position most do not have encounters with anyways. Maybe I’m wrong, but pretty sure when mr meyers took off to his new position mid year it wasn’t arranged he’d share the position with his new one.

no longer take comment by email? WOW is that even legal?

Public comments can still be made in person at the meeting. Considering all of the scrutiny that both districts are facing, I doubt they would remove email comments if that were illegal.

Just because something is legal doesn’t mean it isn’t shady. It’s a great opportunity to take away the voices of stakeholders who may not be able to attend a meeting at 7pm on a Thursday or those who may not feel comfortable speaking aloud. Fred is known for his intimidation, so once a again, well played, another way to keep trucking along with his merger plan.

Pubic boards do stuff all the time that are illegal. Brown act violations are pretty common and are only dealt with if someone asks that question. People who say “oh it must be ok or they wouldn’t be doing it” are naive and wrong. Ask our former coroner who sold dead people’s stuff to his pals

So what happens when you have the manager of McDonalds manage Burger King?
You either end up with two McDonalds, or one McDonalds and a closed Burger King.
Either way there are changes. And none will benefit the kids.

Keep ECS out of South Bay!