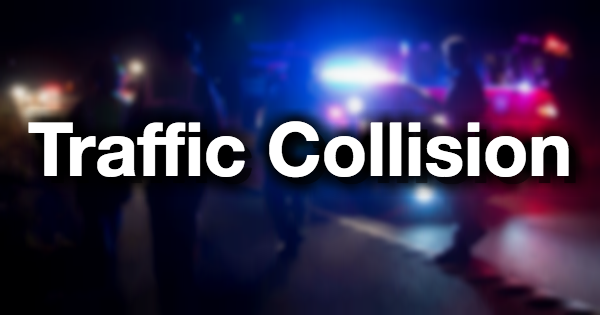 One vehicle rolled over and off the roadway near the intersection of Blueridge Road and Hemlock Road in Shelter Cove about 8:38 p.m., according to a 911 call made to the emergency call center.

According to reports from the person calling in, the vehicle is against a tree.

UPDATE 11:39 p.m.: Cheryl Antony, spokesperson for Shelter Cove Fire, told us that the driver was the one with serious injuries. The passenger received minor injuries. “Both [were] wearing seat belts,” she told us. The truck they were in came to rest about 70 feet below roadway after flipping two times, she explained.

Firefighters used a rope system to bring the driver up on a Stokes litter. Both patients were taken by City Ambulance to the hospital. 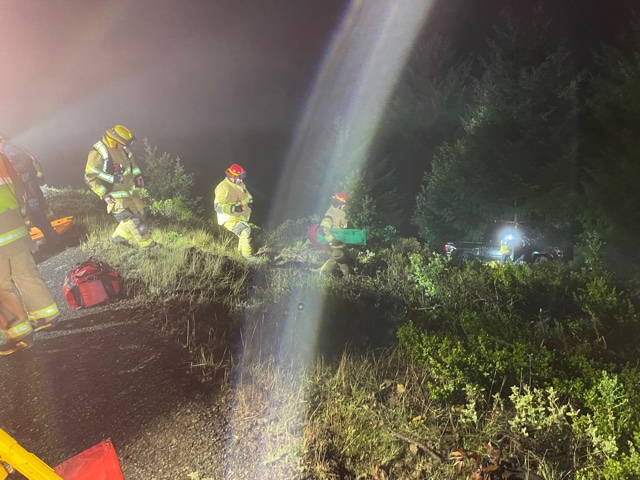 Three Shelter Cove units were assisted by a Cal Fire engine crew and the CHP. 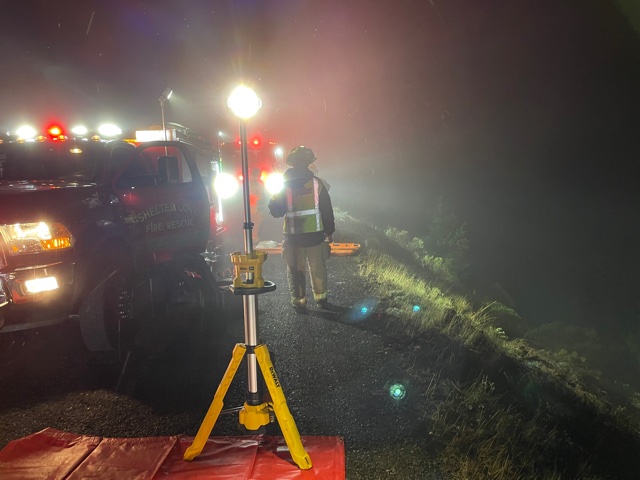 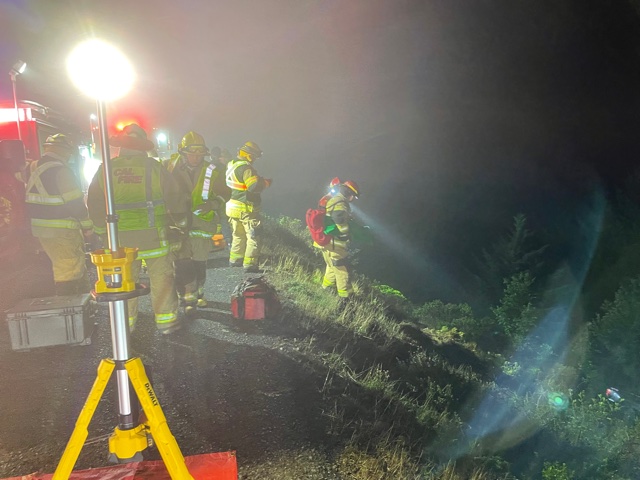 Antony told us that the Onstar alert system in the vehicle may have [saved] the driver’s life. “There is nobody that would have heard them where they were,” she said. “The passenger” might have been able to crawl up that hill eventually.”

NOTE: The first version of this article stated there was a second vehicle involved. That was incorrect.

it seems like Onstar would be good for everyone to have! How is it set up?

I think this would save more lives for sure.

It is a GPS + Cell phone vehicle ‘safety’ system in newer GM vehicles.
Toyota… and some other manufacturers have one available in late model vehicles too. Most of them work only if cell phone coverage is available.
If you pay the fees, it’s active all the time. No set up required.

If the victims are conscious a 911 call on a cell phone probably would have worked.

Except ‘OnStar’ uses satellites, and a cell phone only uses cell towers.

Considering cell phone reception in the Cove is lukewarm at best, it lends credence to the assertion that ‘OnStar’ most likely contributed to saving at least one of their lives, because it uses satellites.

‘OnStar’ also activates automatically in the event of an accident, in case you lose consciousness, or your phone, in the accident.

Emergency services are notified, and OnStar attempts to contact the occupants, and can communicate with them hands free.

I’d say to Cheryl Antony is pretty right on, in more ways than one.

So are the rest if the Shelter Cove Team.

Thank you, and Much Respect.

Best wishes for a speedy recovery to the occupants.

Onstar connects with satellites, not cell phone towers. It is to bad that all new vehicles being sold can’t use the GM system. It has saved countless lives over the years.

These people did flip their truck twice down the hill, according to the article.

Some vehicles have a hidden antenna that cannot break off. Onstar works upside down also.

“may have the driver’s life”

Thank you Shelter Cove Fire, Cal-Fire, CHP, RHBB, and anybody involved in this dangerous rescue. The storm hit hard Sunday night below the cape making this effort really challenging. Thanks, heroes!

What amazing rescue workers we have!! The driver is very fortunate to have been found so quickly (thanks to her Onstar). The ambulance ride is long enough from there without added delays from being undiscovered. Again, we have superb and versatile firefighters.

This was my brother with major injuries, Thank you to all the rescuers who do this. They deserve to be recognized for the selfless heroes they are. MAY be just another day at the office for them , but for loved ones of the victims IT IS THE BEST BELESSING.. it could’ve ended so differently.