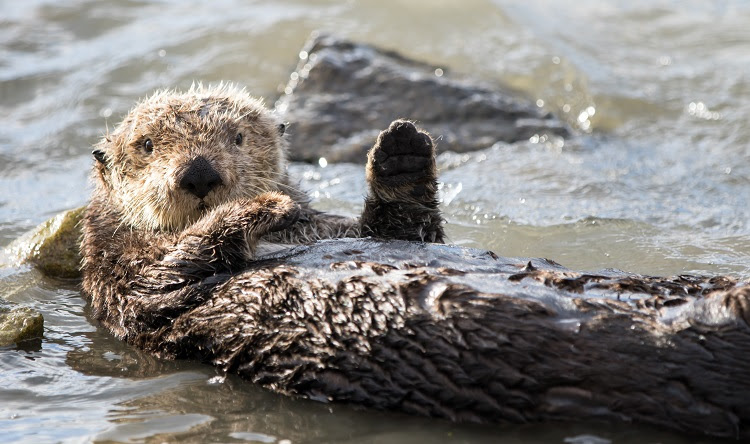 Extended tax filers are nearing the final 2020 filing deadline with the California Franchise Tax Board (FTB). Friday, October 15 is the last day to pay state taxes – and there’s a simple way for extended filers to have a positive impact on our native threatened and endangered species on their California Income Tax Form 540. Even a small donation to the Rare and Endangered Species Preservation Voluntary Tax Contribution Program (line 403) or the California Sea Otter Voluntary Tax Contribution Fund (line 410) will help conserve at-risk species throughout our state.

With the effects of climate change and wildfire impacting our state’s natural resources and species, your tax donations are needed more than ever. These voluntary contributions help the California Department of Fish and Wildlife (CDFW) to acquire federal matching funds for research, surveys and monitoring projects for threatened and endangered species and their habitats. This research helps inform management actions and conservation efforts and allows CDFW to collaborate with outside organizations to address new challenges caused by wildfires, drought and climate change. Hundreds of state- and federal-listed species need to be recovered as a result of catastrophic climate events.

Contributions to the California Sea Otter Voluntary Tax Contribution Fund are split between CDFW and the State Coastal Conservancy to benefit the Southern sea otter (Enhydra lutris nereis) population. Southern sea otters are the smallest of all marine mammals and once lived in nearshore waters along California’s coast and in estuaries such as Humboldt, Tomales, San Francisco and Morro bays. They play an important role in supporting the entire marine ecosystem and their presence has been proven to maintain the health of kelp forests and sea grasses that help fight the effects of climate change.

The California sea otter population has fluctuated between 2,000 and 3,000 otters since 1995. Their numbers have been slow to increase largely due to high mortality rates of prime-aged adults. They are protected by the federal Endangered Species Act, Marine Mammal Protection Act and state regulations.

The Coastal Conservancy uses its portion of your donations for grants to support research and conservation actions that facilitate sea otter recovery.

Donations to the Rare and Endangered Species Preservation Voluntary Tax Contribution Program have helped fund work benefiting California’s imperiled plants, wildlife and fish since 1983. With five major climate types and more than 100 million acres, California is home to more than 5,000 native plant species and more than 1,000 native animal species. Of those, more than 300 are designated by the state as rare, threatened or endangered. Loss of habitat, water management conflicts, invasive species and climate change are the greatest threats to their long-term survival.

Recent recovery actions supported by the Rare and Endangered Species Preservation Voluntary Tax Contribution Program include projects to save the Santa Cruz long-toed salamander and the southern Sierra Nevada fisher. Both are species threatened by habitat loss and climate change.

If someone else prepares your state tax return, let them know you want to donate to the Rare and Endangered Species Preservation Voluntary Tax Contribution Program (line 403 on tax form 540) and the California Sea Otter Voluntary Tax Contribution Fund (line 410). If you use tax preparation software, go to the contributions section on Form 540 near the end of your tax return and make a voluntary contribution. Contributions must be $1 or more, in whole dollar amounts. Thank you for helping us save our most vulnerable plant and wildlife species for their ecological values and for enjoyment by future generations.

I am an endangered species and I also take donations

That story is just plain Stupid and Pointless.