Man Arrested and One Structure Damaged After Garberville Fire 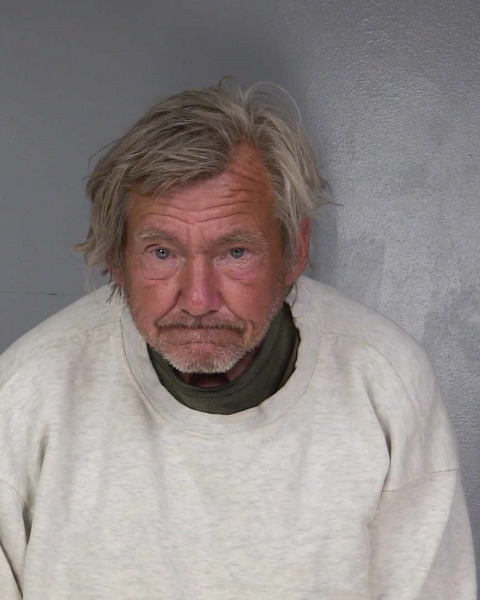 On September 13th, 2021, at approximately 9:30 PM, the CAL FIRE Humboldt – Del Norte Unit Emergency Command Center (ECC) received a report of a vegetation fire burning near mile marker 12 along northbound Highway 101 outside of Garberville. The fire burned approximately two and one-quarter acres of grass and brush, damaged one outbuilding, threatened structures, spotted across Alderpoint Road into Bear Canyon, and required the closure of Alderpoint Road.

Due to terrain and visibility the fire was initially reported to involve a quarter-acre of grass and moving into timber. As additional resources arrived, the structure threat was identified and additional resources were requested to contain the fire. Firefighters from Briceland Volunteer Fire, Miranda Fire, Garberville Fire, Redway Fire, Fruitland Ridge Fire, and Rio Dell Fire departments assisted CAL FIRE with controlling the fire. Deputies from the Humboldt County Sheriff’s Office assisted with notifying residents of potential evacuations.

CHP officers at scene identified a person of interest in the cause of the fire and a CAL FIRE peace officer was requested to the scene. Upon investigation, it was determined an adult male, Michael Russell, was responsible for causing the fire. Russell was taken into custody.

Russell was booked into the Humboldt County Correctional Facility for:

The CAL FIRE Humboldt – Del Norte Unit would like to remind the public that the current drought conditions have led to an increased risk of wildfire. Of the seven largest recorded fires in California’s history, six have occurred since August of last year. For more information on how you can prevent wildfire, visit: www.readyforwildfire.org 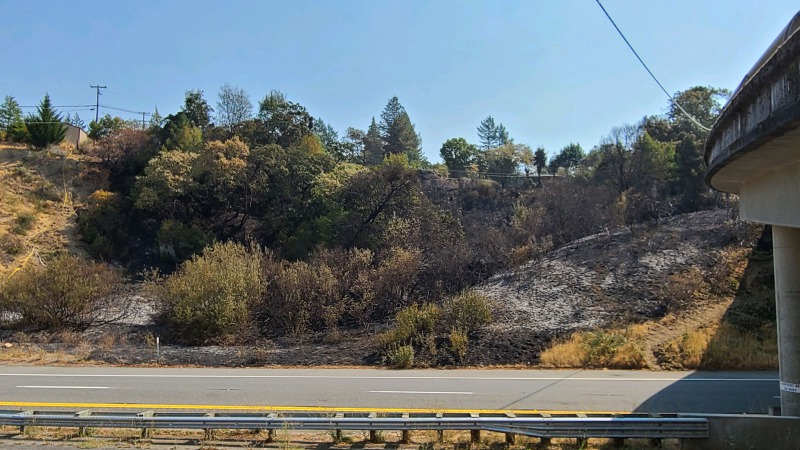 When are they going to start building mental facilities? There needs to be a place for all the crazies out there.

Ouch.
On the other hand, NoHum isn’t so different. 🙁

Yeah, so people don’t try murder for 3 hots and a cot.

Everybody knows Regan closed the mental facilities, and many people seem to want to cling to that thread for political reasons and as an excuse to drag their feet. So what if he closed them. Open ’em back up for shit sake.
Get off your butts and get your Reps. to get off of theirs. We don’t have to build palaces. The old CCC program kept people real even if it was throwing money down a rathole. Now the biggest rathole is the border and the brush people.
I hope the big fancy infrastructure plan intends to address the homeless and criminal situation, ’cause if it doesn’t, it’s a shame on all of us.

Those of us that are old enough to remember, I think that Regan didn’t close the mental hospitals, but he defunded them because he said that mental patients should be taken care of in the neighborhoods. He gave the counties funding to take care of them locally. The counties may have misused the funding for other purposes.

Help me here if anyone knows what really happened.

I remember, but not locally.. In Massachusetts the counties did not get enough funding to continue the half way houses and institutions. Thousands were let out all at once with few resources and few survival skills. I think they gave them a month or 2 rent or paid a couple months rent for them plus a food and medication stipend out of those funds- I don’t remember which. They ended up spending their medication money on food. No one would hire most of them. We students naively took a couple in as room mates but they really needed much more supportive care than we could ever give. Some of them were violent without their medication.

The month after their funds ran out was really horrible. We lived in a downtown area in a midsized town. I remember dozens of people roaming the streets in a bad snowstorm banging on doors and screaming, screaming and crying and begging people to let them in. It was really really horrible. These people had been taken care of for much of their lives and could not understand how they ended up in that position. They were severely mentally ill people. We changed the locks and didn’t answer the door after we had come home to one of them stabbing the kitchen table rythmically with a horrible expression on his face. We left and all went to another house that night and kicked him out the next day.

The screaming went on for 2 – 3 nights and then stopped. I don’t know what they did to or for those people, but I think they got them out of the snow at least temporarily.

I remember after that being very angry with the premise that all of these people needed to be “freed from institutions”. That all of the institutions were cruel. It didn’t do them any good at all. The ones in our house did not want to leave their halway house. There never seems to be any thoughtful action. Always extremes one way or another.

Nobody got enough funding, and the infrastructure was not well in place. It became instant homeless glut Ala Regan.

If I remember right Reagan was governor of California when he did this.

These scum wads need to be delt with! They could kill us all.. our lives are in their hands. They’ve already defaced our communities enough. They need a facility out in the Nevada desert.

At this point, arson should be charged as attempted murder, with mandatory sentences.
I realize it doesn’t say it was arson, but if it was an accident, would they have taken him to jail?

Probably yes if the accident was reckless

This wasn’t classed as arson, it was charged as recklessly lighting the fire. If the guy had both oars in the water, I’d hit him with everything including ruining my day. If he’s only got one oar in the water, well that’s different.
I’m not saying he should be cut any slack, but I think the laws pertaining to lighting fires that endanger everything have sufficient teeth IF THEY ARE ENFORCED. Same with gun laws. You can change the laws around and add all sorts of frills, but if you don’t sentence appropriately there really is no sense in letting govt. run the show.

This won’t be classed as “arson” or “recklessly starting a fire”. It will go under climate change.

Who do we contact to request he not be let out? DA?

I hope this is the only one here. The rumor going around town is whoever set the fires near Dean Creek used a propane flame device with a tank. ?? I think maybe a lot of the homeless people are afraid to contact police, but might be happy to give info on things like this if asked. They don’t want to be burned out either. Except the crazy psycho bastards, homed or not.

He looks like a very lonely older man to me. Sad really.

When I was young, what is now called “Old Town” (back when it was just a run down part of town with fish plants, abandoned buildings and the gazebo was just an empty lot and the VD was hopping, right by the train tracks that were still in use, it was inhabited by quite a few old hobos who this guy reminds me of very much.

That’s the first thing I thought of when I saw his picture. That guy must be pushing 70.

I imagine some of these climate change fires are really arson. They caught a guy in Santa Rosa doing it recently

And they just busted an arsonist suspect for the Hopkins Fire.

He has kind eyes

Thank you. It’s important to remind ourselves that th...

This comment was directed at me. I deleted my original comme...

If you are referring to me, that in itself is an insult. Try...

Maybe you and “Patriarchy” could pool your funds...

How long are you going to lurk around and bitch? Move to som...