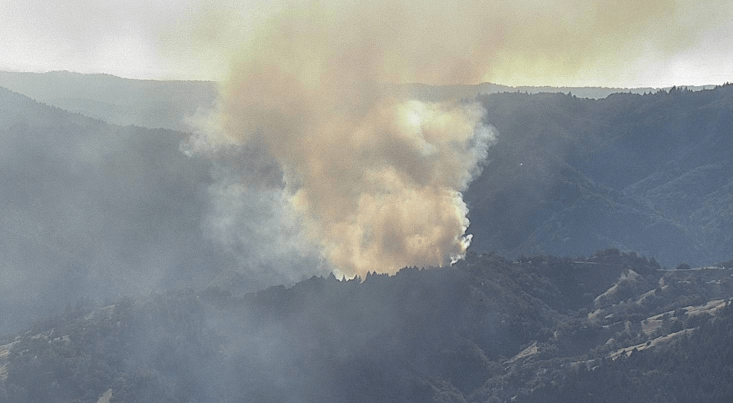 The vegetation fire as seen by the AlertFire Ridgewood Grade Webcam

A vegetation fire southwest of Willits first reported about 5:20 p.m. has resulted in a full wildland dispatch including ground and air resources. The California Highway Patrol Traffic Incident Information page and scanner traffic indicates the fire is near the intersection of Black Bart Drive and Ridgewood Road. About 5:47 p.m., the Bart Incident Commander reported the fire has grown to ten acres, is growing at a moderate rate of spread, and structures are threatened by the blaze. He described the fire burning down a south slope and a southwest wind pushing it. Four air tankers have been dispatched to the Bart Incident. Five additional engines have been requested for the Bart Fire. 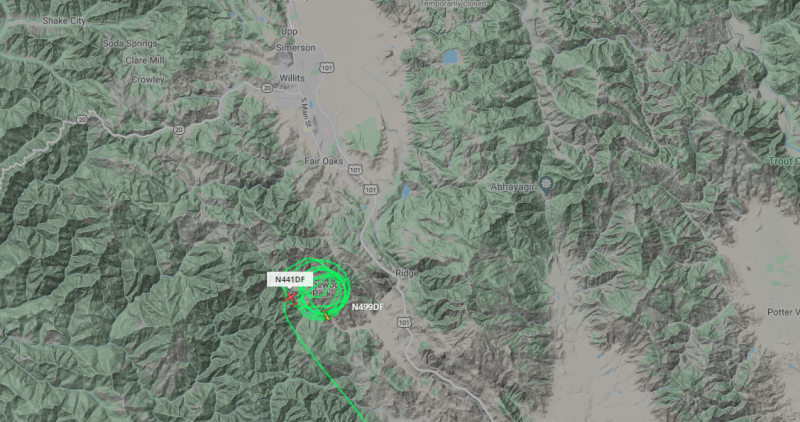 Aircraft circling over the Bart Fire. [Screenshot from FlightRadar]

UPDATE 5:55 p.m.: Scanner traffic Mendocino County Sheriff’s Office deputies are reporting they are in the immediate area of the fire with an arson suspect.

UPDATE 6:05 p.m.: Timelapse of fire growing starting about 40 seconds in.

UPDATE 6:11 p.m.: Scanner traffic indicates deputies are still investigating an individual thought to be associated with the fire and suspected of committing arson. The suspect is described as an Indian, male adult, approximately 50-years-old and is associated with an abandoned vehicle in the area. He was last seen riding away on a bike. 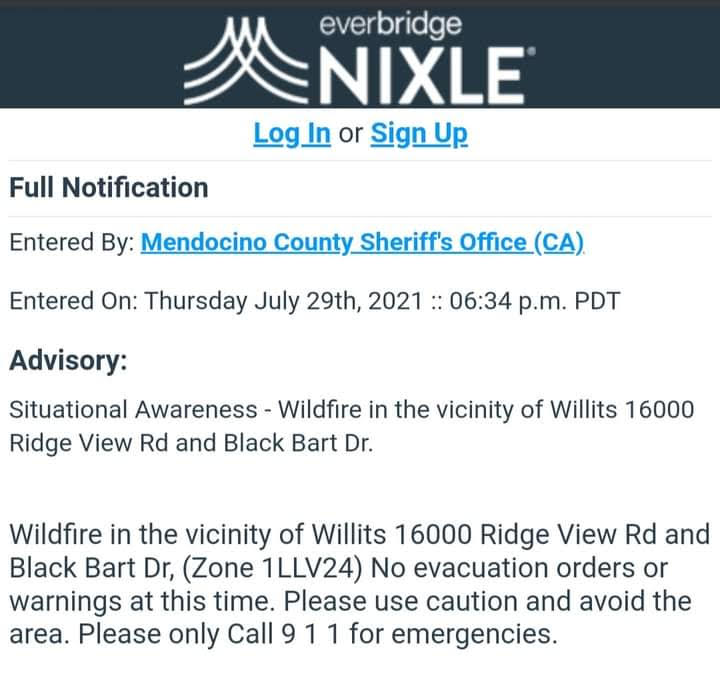 An Incident Update released by Cal Fire indicates that one outbuilding was destroyed by the fire.

An Incident Commander reported to dispatch the fire was approximately 13 acres in size while the Cal Fire Incident update said the fire was 20 acres.

Up on Blackhawk seems like getting it can’t actually see flames…..

Planes are gone think we are gonna be okay, thank you fire fighters!!!!!

Thanks Ms Kemp and RHBB for timely fire information!

Did they ever catch a person setting a fire in that same area last time? I think the last fire right around there was also suspected to be arson.

Charge the person with $%^@# attempted murder if you catch him!

Yikes! I hope it wasn’t arson. But you never know these days. We have some of the best firefighters. Can’t thank them enough!!

“UPDATE 6:11 p.m.: Scanner traffic indicates deputies are still investigating an individual thought to be associated with the fire and suspected of committing arson. The suspect is described as an Indian, male adult, approximately 50-years-old and is associated with an abandoned vehicle in the area. He was last seen riding away on a bike. “

I agree with CJ. We have some of the best firefighters around volunteering their time (and well-being) to keep us all safe!
Remember to generously donate to your fire crews when you can!!
May God bless you all!!

I live close to the blackbart fire and I want to thank the fighters, we have the best

I live very close to that fire and I want to thank our firefighters, they are the best

Awesome fire response!!
Not too clever to start a fire that is practically right across the road from the CDF….,,,..

Honest question: Is that a Indian from India or a Native American?

Exactly what I was wondering!!!

*scratch that. Better view shows it to be close to Shasta/Trinity border…perhaps Wildwood or Platina area.

A big thank you to our fantastic firefighters! People that commit arson and convicted should spend time jail. They can be taken out with some of the other inmates and trim grass, cut brush, etc., along the highways. I believe people that set fires all the time have a mental problem and need some help. In reply to the Grin Reaper above, I am sure it was a Native American. People from India don’t seem to have this problem in their country or here in the US. I am not blaming our Native American people, as we have whites and African Americans that set fires also.

We have been described as “white” for as long as I can remember. I guess we could just drop all the different names and call everyone “people.”

I like that, let’s drop the labels and just be humans, can’t we all just get along heh