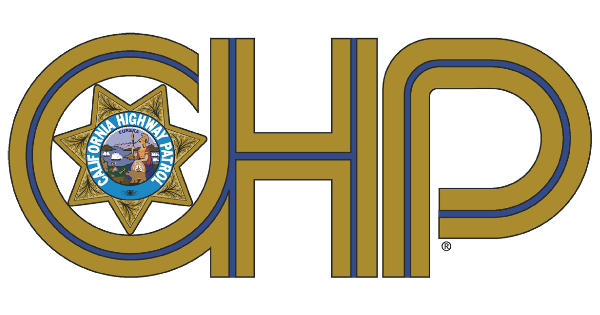 During that time, CHP – Northern Division focused enforcement on the US 101 corridor in Mendocino, Humboldt, and Del Norte counties, which includes the Ukiah, Garberville, Humboldt, and Crescent City Area Offices. The Northern Division Commercial Enforcement Unit also participated in the campaign. A total of 138 citations were issued, of which 120 were for unsafe speed. The remaining citations were issued for distracted driving, unsafe lane changes, unsafe turning, and seatbelt violations. The area offices also reported issuing 30 verbal or written warnings, and made three arrests, including driving under the influence, drug possession, and possession of a stolen vehicle.

Although this enhanced enforcement detail has concluded on US 101, the CHP will conduct additional enhanced enforcement details along the US 101 corridor at various times and locations throughout the year. The public should continue to practice safe driving habits anytime they get behind the wheel. The CHP reminds motorists to follow these basic traffic safety rules: always wear a seat belt, drive at a speed safe for conditions, eliminate distractions while driving, and always designate a sober driver.

I traveled to Eureka from Sohum yesterday and was quite pleased to see 3 people pulled over by CHP for speeding. I always use cruise control and travel the speed limit and I am constantly being overtaken by vehicles traveling 10 or more mph faster than I.
Please do more of this kind of patrolling CHP, I don’t really understand why it takes a special enforcement day…this is an everyday situation. You could easily get that same number of citations every single day. What priority are you enforcing instead?

So, you’re going 10mph below the speed of traffic (hence, constantly being passed by people going 10mph faster), making yourself into a moving obstacle. If you want more enforcement, how about enforcing that bit about driving upon a highway at such a speed as to impede the normal movement of traffic?

Yea, I really don’t get the contradiction in the speed laws. California’s basic speed law is pretty straightforward…don’t drive faster than it is safe for the conditions, although that may be a matter of opinion.

I also set my cruise control for the speed limit, maybe even 68 or 69 mph in 65 zone. If people are going by me at 75 or 80, now I am the problem and possibly in violation of obstructing traffic even though they are the ones driving faster than the posted speed limit?
Makes no sense to me.
🤔

Bushy’s ideology is a fine example of situational ethics, where if everyone is jumping off the bridge, you are wrong for not following suit. the Frankfurt School would be proud of Bushy.

in an insane world, the sane do indeed seem insane. and the lawful, lawless.

Call me crazy
Reply to  W.H.

If everyone takes the jab, and there is still a liability waiver /EUA in place, who’s the dangerous person?

The world is getting a little more crazy everyday.

Stay safe and know your rights.

Buster, California’s prima facia speed law says you may not travel faster than conditions allow HOWEVER exceeding the posted speed limit is still against the law.
I also generally slow down for darkness and rain. And you can be cited for going the speed limit if it is unsafe to do so.
I am 74 years old and have been a licensed driver since I was 17. I have never been in an accident when I was driving and have never received a citation for any violation. I do not get an adrenaline jolt when I see a CHP in my rearview mirror.
Drive safe everyone ☺

I’ve never been in an accident where the other person didn’t leave in the back of a cop car. First-hand experience that there are way, way too many drunk drivers around here. The Journal found that 80% of our traffic fatalities were due to drunk/dui drivers, which agrees well with what I see, driving many, many miles each year. I’d wager most of the remaining 20% are cell phones.

If you want to talk prima facie laws, look up what a rebuttable presumption is.

I remember being in Montana back in the day when there was no speed limit. Seemed like most of the accidents that happened were vehicles hitting elk, moose, or deer and people sliding off the road in winter weather. Far less people on the roads, and no cell phones. I think there was more common sense in general back then too…

If CHPotato is staying in the right lane, “Slower Traffic Keep Right” , and using “turn outs” when provided , to let faster traffic to pass, then they can choose travel at the posted speed limit when the conditions allow it.

If they use turnouts, that would make them part of the 1% or so of drivers like that who do.

I stay in the “slow” lane and use turnouts. There is hardly enough traffic for me to be “impeding” traffic. I find it amusing that you would even attempt to justify speeding in such an obvious & lame manner. Nice try though.

Every day I see people like you being swerved around, greatly increasing the risk of accidents.

Responders….it’s an accident prone safety area with a posted speed limit of 50mph. I guess ya’ll don’t live here. I agree CHPotato, they should focus on the corridor more often, not wait for a special day.

That’s not the corridor they’re referring to.

Might I recommend a Major Corridor Enhanced Primary Collision Factor (PCF) Enforcement Campaign on 299 between mile marker 0 and 6. With a primary focus on insanely loud and high speed motorcyclists.

Yes, please piss off the bikers to the point where they start the ol’ 299 card runs.
Might have to be a 2 card hop draw cause all the good old bars are gone.

I recall the big wheel in shingletown, gosh that place must have burnt down a half dozen times.

I don’t mean to be cynical, that’s how most of the good runs got started. Over zelous policing of motorcyclist.

To quote Ed McMahon to Johnny Carson, “I, I, I did not know that!”

If I am going 10 over, and I’m being passed like I’m standing still by nearly everything, am I supposed to just go park somewhere?

The latest thing, is to jam around someone on the right, then slam in front of them without a signal, and slow down… The closer to your fender, apparently, the more points…

It’s fucked up, but I get it, life is stressful so, act like an asshole around total strangers, for no reason…

I call on the entire mobile force of the CHP to spend the next 180 days doing what they were doing in this exercise, and then do it until people learn that it costs less, to drive politely.

I saw a woman in a tesla today, in the left lane, going well under prevailing traffic speeds, with both hands on her cellphone and her head down looking at it, utterly unaware of the road around her. Presumably she was using one of tesla’s overblown-cruise-control features. Tesla keeps claiming you have to keep your hands on the wheel or they turn off, but I was near her for at least a minute without her hands or eyes leaving her phone.

I should start taking and posting pictures of idiots like that…

Bug on a Windshield
Reply to  Bushytails

Just make sure you’re a passenger with the camera. Don’t want to be a hypocrite.

I believe it just comes down to common sense and curtesy, people who drive slow and don’t pull over in the fast lane are just as bad as the ones who speed, it’s dangerous out there and you don’t know the other person or what they are going through, drive safely cautiously and have respect for each other and everyone wins. That being said I have probably seen 10 people in the last few years READING A BOOK while driving, boggles the mind.

My favorite are the people doing bong rips while blasting through the safety corridor. Seen this so many times.

it’s true. up until last december i commuted from eureka to arcata and back every work day for 18 years, in a carpool. the amount of people texting and taking cannabis with waterpipes was frightening.

Bug on a Windshield
Reply to  Thesteve4761

Wish I could call BS too. Alas, I’ve seen it also. Not so many times though. Two in last 25 years. Once while I was on a motorcycle. Scared the bejeebies outta me. Dropped way back then took Old Arcata via Indianola.

I’ve seen that multiple times over the years. It’s not Bullshit

In the right lane people go under 50 well into arcata. In the laft people drive 75.

I stay in the left lane and don’t drive faster than 55. I enjoy the trash people behind me freaking out.

That might be gratifying, but it encourages speeders to pass unsafely, tailgate and pass on the right.

Bug on a Windshield
Reply to  lol

If you’re serious, I hope you’re prepared to deal with the road rage. People have been shot at for just that.

We could use MUCH more enforcement on the corridor!

Maybe, we (California) should swap out all of the white signs (maximum speed) with the yellow signs (suggested speed)…like when there is a bend or curvy road ahead…then we would all be happy.

If each fine costs $500 that’s not quite $70k, though I don’t know what a speeding ticket runs, that sounds high. . Hardly a dent in any municipal budget. So, if your point is true, it’s a pretty inefficient generator.

On the 405 freeways I’ve seen people shaving with electric razors, I guess that’s OK ., I mean the traffic was at a dead stop. 😂🤷🏼‍♀️

how many illegal loud motorcycles did they get?

Bug on a Windshield
Reply to  Guest

How many illegal loud cars and trucks did they get, whether it be exhaust or stereos?