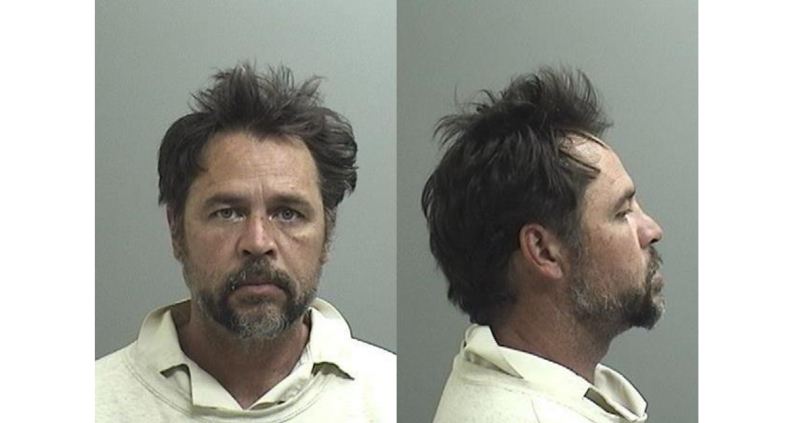 The arraignment was in Courtroom A presided over by Judge Keith Faulder. Elizabeth M. Norman represented the Mendocino County District Attorney’s Office in the matter and Gamble was represented by defense attorney Justin Petersen.

Gamble appeared before the camera with arms crossed, wearing an orange and white striped uniform, and blue surgical mask. Throughout the proceedings, Gamble remained still save for a moment where he gazed at the ceiling.

Attorney Petersen informed Judge Faulder he had yet to receive the discovery (the facts of the case) from the prosecution.

Gamble waived his rights to a preliminary hearing within 10 days of his arrest and upwards of 60 days while the District Attorney and his defense attorney prepare their cases.

Judge Keith Faulder asked Gamble directly if he understood the implications of the decision to waive his rights and Gamble said the only words he would say throughout the proceeding: “Yes, sir.”

Christopher Wayne Gamble stands accused of killing two men in the first degree, Ulises Andrade Ayala and Anwar Ayala, using a firearm. He also faces a third count of animal abuse from what the criminal complaint alleges as the intentional maiming, mutilating, torturing, or wounding of chickens.

Gamble’s accused crime came to light in the wake of a “suspicious double missing persons case,” as described by the Mendocino County Sheriff’s Office on Monday April 26. The search for the missing people was focused on the 20000 block of Timber Road in Brooktrails northwest of Willits.

The following day, a press release revealed deputies had located the “deceased bodies of two unidentified persons” on the Willits marijuana farm.