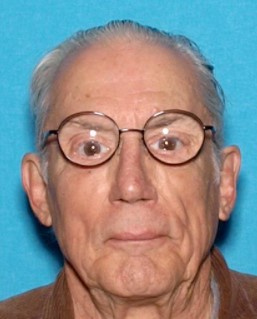 Press release from the EPD:

The Eureka Police Department is asking for the public’s assistance in locating an at-risk missing person. 78-year-old Christopher Wilkins drove away from his residence and was last seen traveling eastbound on Harris Ave, approaching Redwood Acres, on May 6th, 2021 at about noon.

Wilkins is described as a white male, 5’9”, 140 pounds, white hair, brown eyes (he wears glasses). Wilkins suffers from dementia and may be confused. Wilkins vehicle is described as a white 1987 Ford Aerostar van, bearing California license plate number 3H62670. The paint on the van is in poor condition, there is heavy rusting on the sides of the vehicle and the vehicle has a cracked windshield.