A little after 4 p.m., a semi collided with a pedestrian in Eureka near the intersection of Broadway and West Clark Street. According to one witness, the victim was dragged by the semi.

The number 2 lane of southbound Broadway was blocked for a time as emergency personnel helped the injured person. Then both southbound lanes were closed down for a longer time and southbound traffic was directed to use the turn lane.

City Ambulance took the victim was taken to the hospital.

We have requested information from the Eureka Police Department and will update when we have more information. 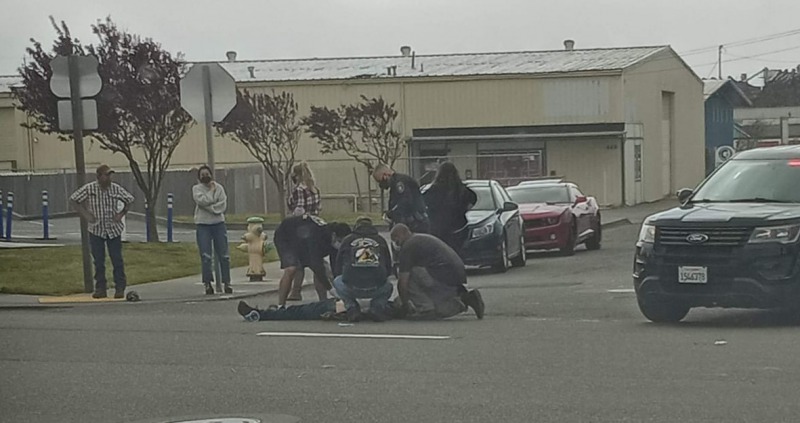 Passersby and police attempted to help the injured person. [Photo provided by a witness]

North Coast News posted this video from the scene.