The Foggy Days of Durst: When the Jinx Drank Too Much, Drove Dangerously and Landed Himself in the Mendocino County Jail 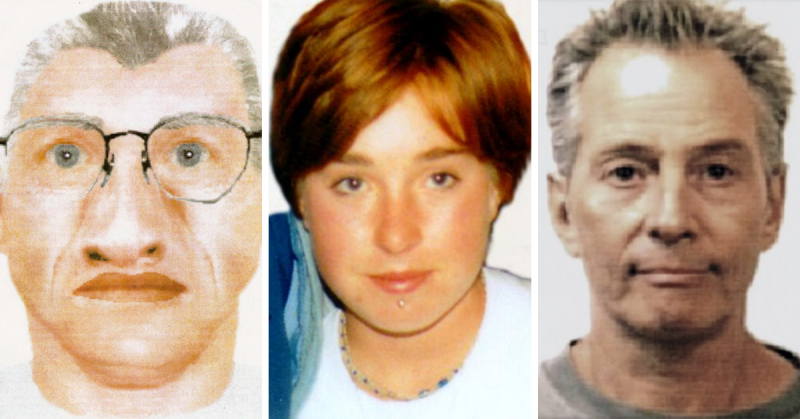 Robert Durst, son and heir of New York City’s real estate mogul Seymour Durst, is widely considered to be  a serial killer. Police suspect him of killing his first wife Kathleen McCormack Durst in 1982, his Los Angeles friend Susan Berman in 2000, and Durst admitted in a Texas court to killing and dismembering his Galveston neighbor in 2001. Durst was acquitted on claims of self-defense. But, Durst is suspected of involvement in other deaths and disappearances. His arrest in Mendocino in 1995 gave a clue that may tie him to the well-known disappearance of Humboldt County teenager Karen Mitchell.

Durst is currently held in a Los Angeles County jail where he awaits trial for the murder of Susan Berman. The trial is set to begin just over a month from now. The HBO documentary The Jinx: The Life and Death of Robert Durst will be utilized by the prosecution due to the documenters apparently successfully coaxing Durst to admit on a hot mic his involvement with Berman’s killing saying things like “I killed them all.” Durst referred to himself as a “jinx” in the documentary when he reflected on choosing to not have children fearing he would jinx them and their lives. The moniker has been used since.

According to Geoffrey Dunn’s North Coast Journal article “Robert Durst’s Ghost”, Durst moved to the Humboldt County town of Trinidad in late 1994 or early 1995. While in Humboldt, Durst loaned money to locals, bought real estate, and sought the “rural” life, as he told The Jinx director Andrew Jarecki. During December 2000 when he lived on the North Coast, investigators surmise Durst drove from Humboldt County to Los Angeles to kill Susan Berman because of knowledge she had regarding the fate of Kathleen McCormack Durst, his wife who had vanished.

Even earlier in May of 1995, Robert Durst’s sojourns across the North Coast of California placed him in the seaside town of Mendocino known for its cliffside trails dropping steeply into the Pacific. In this place, where land meets sea, Durst drank wine, drove recklessly, and crossed paths with a Mendocino County Sheriff’s deputy in a meeting that would provide a fixed point of reference in the foggy days of Durst’s life on the North Coast.

It was 10:00 p.m. on May 10, 1995. Mendocino County Sheriff Deputy Scott Mordin was standing in front of Patterson’s pub on Mendocino’s Lansing Street when he watched a blue Ford Taurus stop in front of Mendosa’s Market. Mordin noted the driver attempted “to light what appeared to be a cigarette.”

Nordin described watching the driver exit the vehicle and stagger to the rear of the vehicle “swaying from side to side.” The driver then saw Nordin watching him and “immediately got back into his vehicle and drove northbound on Lansing Street.” 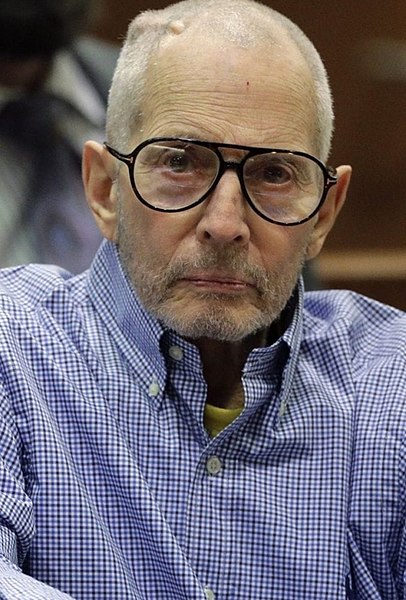 Nordin described following the vehicle and, upon reaching the 1100 block of Lansing Street, the vehicle “crossed over the double yellow three times.” In response, Nordin initiated his overhead emergency lights attempting to stop the vehicle which, as Nordin wrote, had “negative results.” Nording then turned on the vehicle’s siren and the driver subsequently stopped the car in the middle of the road without pulling to the side of the road. With the vehicle stopped in the middle of Lansing Street, Deputy Nordin told the driver via the P.A. system “to pull forward to the next turn out.” Deputy Nordin noted that “the driver looked confused as to my demands.” Hoping to clarify, Deputy Nordin repeated his demands  and was met, once again, with “negative results.” Deputy Nordin repeated his demands a third time after which the driver proceeded to the entrance of the Sea Rock Inn.

When the pair were parked in front of the inn, Robert Durst exited his vehicle and, as Deputy Nordin described it, walked in a “staggering motion towards my patrol vehicle.” As Robert Durst asked Deputy Nordin why he had stopped him, the deputy noted a “strong odor of alcoholic beverage emitting from his mouth.” Deputy Nordin said he asked Durst for his driver’s license and noticed Durst was having “a hard time trying to find his wallet.” Deputy Nordin wrote that Durst was “swaying from side to side and spontaneously told me in a slurred speech that he drank a bottle of wine at the Cafe Beaujolais.”

A clipping from the Ukiah Daily Journal on May 11, 1995 describing Durst’s arrest on the Mendocino County coast.

With Durst clearly intoxicated, according to Nordin’s account, the deputy began to administer a battery of field sobriety tests on the pavement in front of the Sea Rock Inn. When asked to stand on one foot and raise the other foot 8”-10” of the ground, Nordin said Durst could not go 2-3 seconds without stepping down on his raised foot. When asked to demonstrate he could count from his index finger to little finger and back 1-2-3-4-4-3-2-1, the deputy said Durst missed fingers and counts. When asked to stand with feet together, hands relaxed at his sides, and his eyes closed, Nordin said Durst swayed 2”-3” side to side and front to back. According to the deputy, when asked to touch the tip of his nose while his feet were together and his arms were extended outwards, Durst placed the middle of his index finger on the side of his nose and when asked to walk heel to toe for nine steps, Durst began to walk out into Lansing Street and Deputy Nordin wrote, “I had to stop him from walking into traffic.”

Based on Durst’s alleged inability to pass the field sobriety tests, Deputy Nordin proceeded to place him under arrest and transported him to the Fort Bragg Sheriff’s substation. While driving to the substation, Deputy Nordin told Durst he had three options to test his blood-alcohol level: blood, urine, or breath. Durst consented to have his urine tested.

Mendocino County Sheriff Deputy Dressler met Durst and Nordin at the substation. Deputy Dressler completed the CHP180 form (a standard form used when towing a vehicle) after which Durst’s vehicle was towed

While detained at the substation, Durst submitted to the urine tests which were sent to a Department of Justice laboratory. Deputy Nordin completed the DMV Administrative Per Se form (a document completed by law enforcement to temporarily suspend a driver’s license). Deputy Nordin noted that “Durst is a resident of New York and his driver’s license was released to him.”

Deputy Dressler advised Deputy Nordin that upon searching Durst’s Ford Taurus, an envelope containing $3,700 and a plastic baggie containing “less than an ounce of what appeared to be marijuana” were in the trunk. Deputy Dressler walked into the back office of the substation where Durst was sitting and Durst said, “The Money and the marijuana are mine and I have always smoked it, even as a kid.” He asked the deputies, “So what’s the big deal?”

Deputy Nordin wrote the marijuana was placed into the Fort Bragg evidence locker and the money was placed with Durst’s personal effects that went with him to the Mendocino County Sheriff’s Office County Jail.

18 days after his arrest, Deputy Nordin updated the narrative report when he received the results of Durst’s urine alcohol test from the North Coast Criminalist’s Laboratory. Durst’s blood alcohol content was .03%. The last line of the narrative report said the arrest of Durst would be proceeding to the Mendocino County District Attorney’s Office for review.

Approximately one year after his arrest on the Mendocino County Coast, Geniella said the DUI was dismissed, and both marijuana related misdemeanors were reduced to infractions. 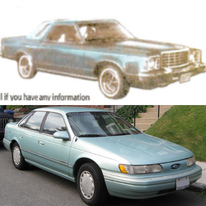 Top: The image of the 1974-1976 Ford Grenada or Mercury Monarch Karen Mitchell was reportedly last seen getting into before she disappeared [Picture from a widely-circulated missing person poster] Bottom: A 1995 blue Ford Taurus similar to what Durst was driving when he was arrested in Mendocino County [Picture from WikiCommons.com]

This arrest report contains a record of the vehicle that Durst drove during this time. And, that small piece of information is one more link that may tie the suspected serial killer to one of the most well-known missing person cases on the North Coast.

Some suspect Robert Durst could be involved in the November 25, 1997 disappearance of Eureka teen Karen Mitchell due to his living in the area and his resemblance to a composite sketch of a man Mitchell was seen getting into the car with before she disappeared. According to Robert Dunn’s North Coast Journal article, Karen Mitchell’s aunt reported Durst had actually patronized a store she owned and met Karen there while she was working. It is also thought that Mitchell might have crossed paths with Durst at a Eureka Old Town homeless shelter where she volunteered and he would often go to and reportedly “loiter.” 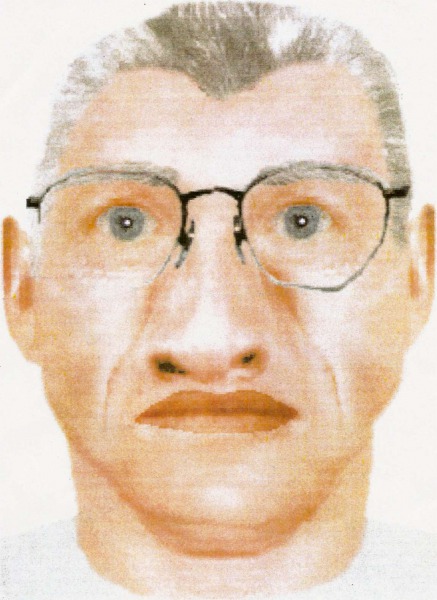 Closeup of the EPD’s Sketch of the person of interest in the disappearance of Karen Mitchell.

A widely-circulated missing poster for Karen describes the car she got in as a light-blue 1976-1978 Ford Granda or Mercury Monarch with a California license plate with “Eureka” on the frame. As per the Mendocino County Sheriff’s Office report that describes the May 1997 arrest of Durst, he was driving a blue, four-door, Ford Taurus with California plates. Though not the same exact vehicle, the similarities are note-worthy.

In the coming months, Robert Durst will be tried for the murder of Susan Berman and be judged by a jury of his peers in a Los Angeles courtroom. North Coast residents are left to wonder if Durst committed any acts of violence during the time he spent in their midst.