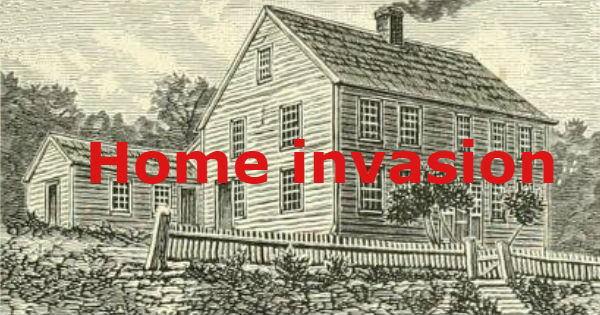 In what must have been an unsettling event to say the least, a 60-year-old resident of a home northeast of Arcata was the victim of an attempted home invasion.

According to HCSO spokesperson, Samantha Karges, “On April 5, 2021, at about 1:53 a.m., Humboldt County Sheriff’s deputies were dispatched to a residence on the 7100 block of West End Road for the report of an attempted home invasion.”

Karges said, “The victim told deputies that she was at home when she heard pounding on the door. According to the victim, an unknown possibly female suspect reportedly made vague threats towards the victim while attempting to get inside the residence.”

The situation then escalated. “The suspect reportedly attempted to kick in the door, and when that was unsuccessful, the suspect stabbed the door with a pair of scissors,” Karges told us. “The suspect then left in an unknown direction.”

A search of the area by deputies failed to locate the suspect.