Suspicious Explosives at Office in Eureka 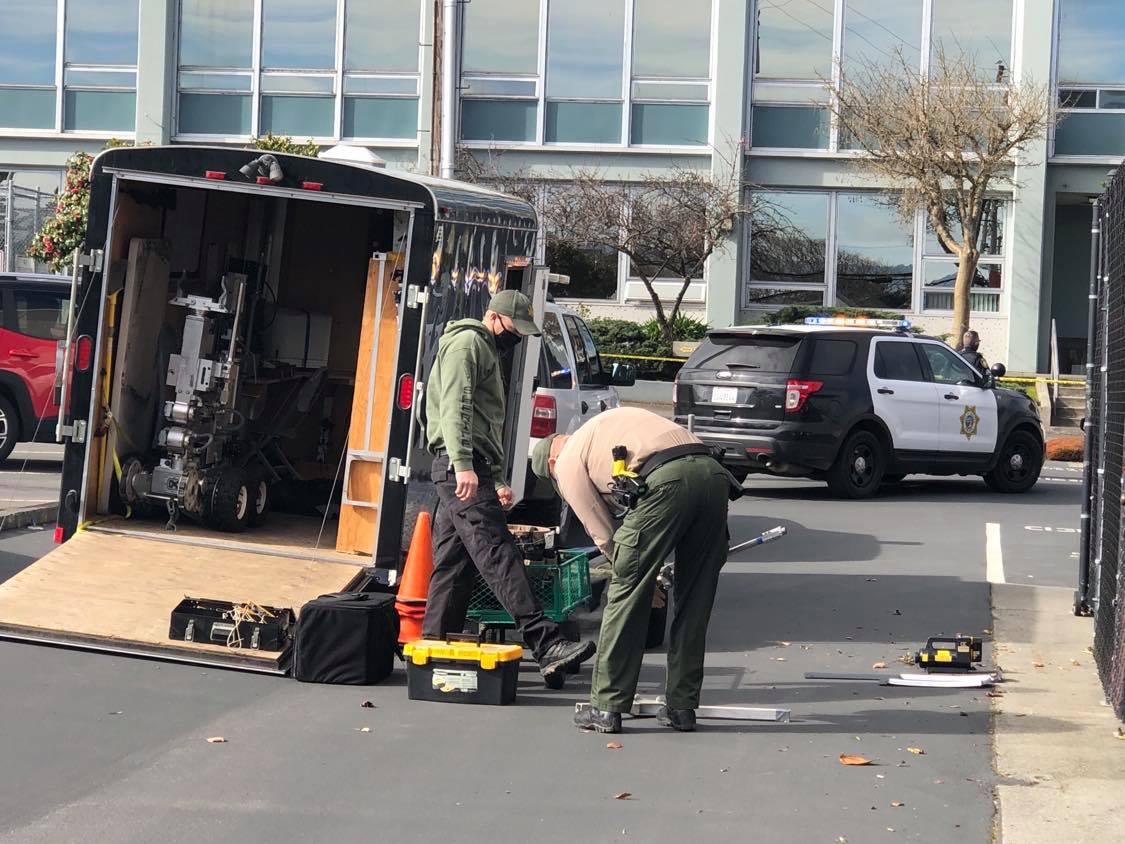 Law enforcement at the scene this morning. [All photos by Ryan Hutson]

A building near the intersection of 5th and K Streets in Eureka has been evacuated this morning after an attorney notified law enforcement about 9:30 a.m. that he had some potentially explosive devices at his office. The devices which the attorney thought were not very dangerous had been brought by a client with the attorney’s knowledge so they could be turned over to law enforcement.

“The whole idea was to safely and discreetly dispose of the explosive,” the attorney who wished to remain anonymous said ruefully noting the bomb squad and the evacuated building. 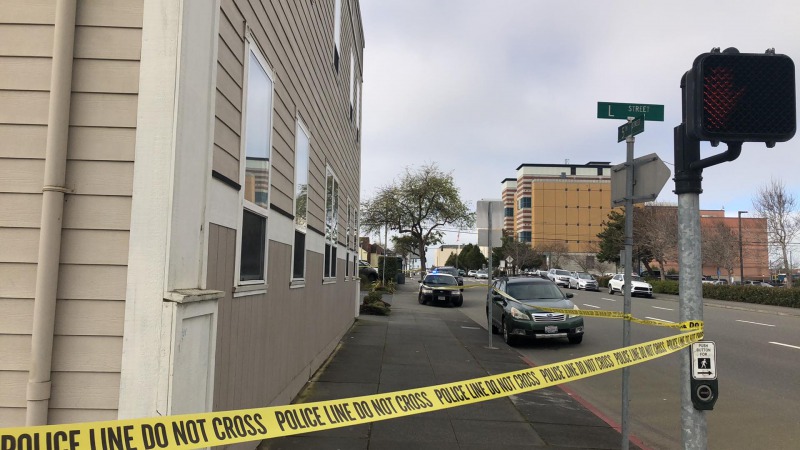 Law enforcement has blocked all three access points to the parking lot in front of the building on Fifth Street up to the corner of L and around the back side of the building.

According to the attorney, law enforcement said if the explosive is detonated, it will basically take the roof off of the office building. 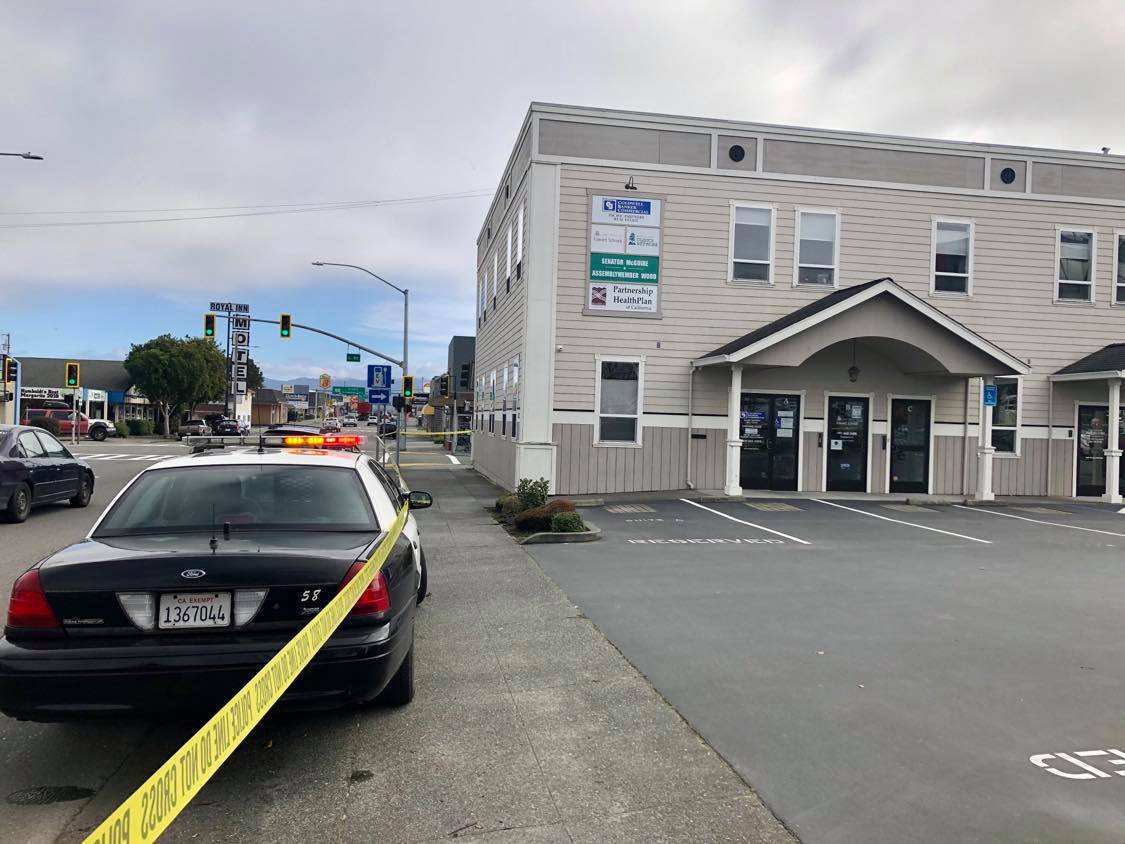 The attorney told us there are two types of explosives–“military blasting caps used for training” and “another one [that law enforcement] weren’t that familiar with.” 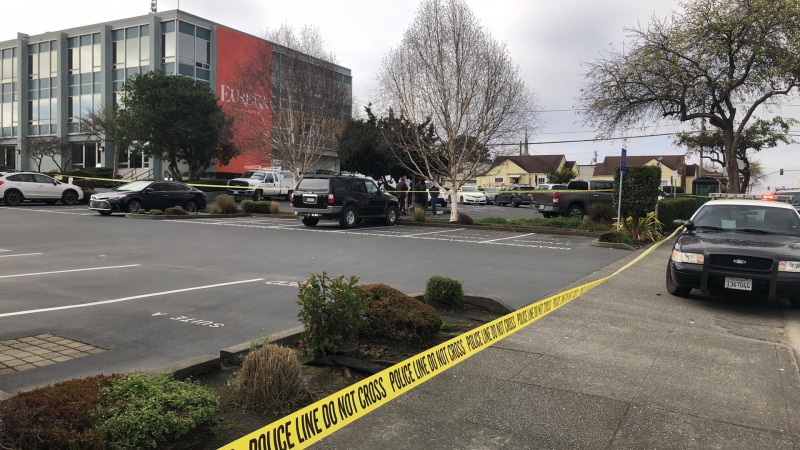 The attorney told us that his client brought an assortment of property to his office so he could turn the potentially explosive devices over to law enforcement in order to keep his client safe. 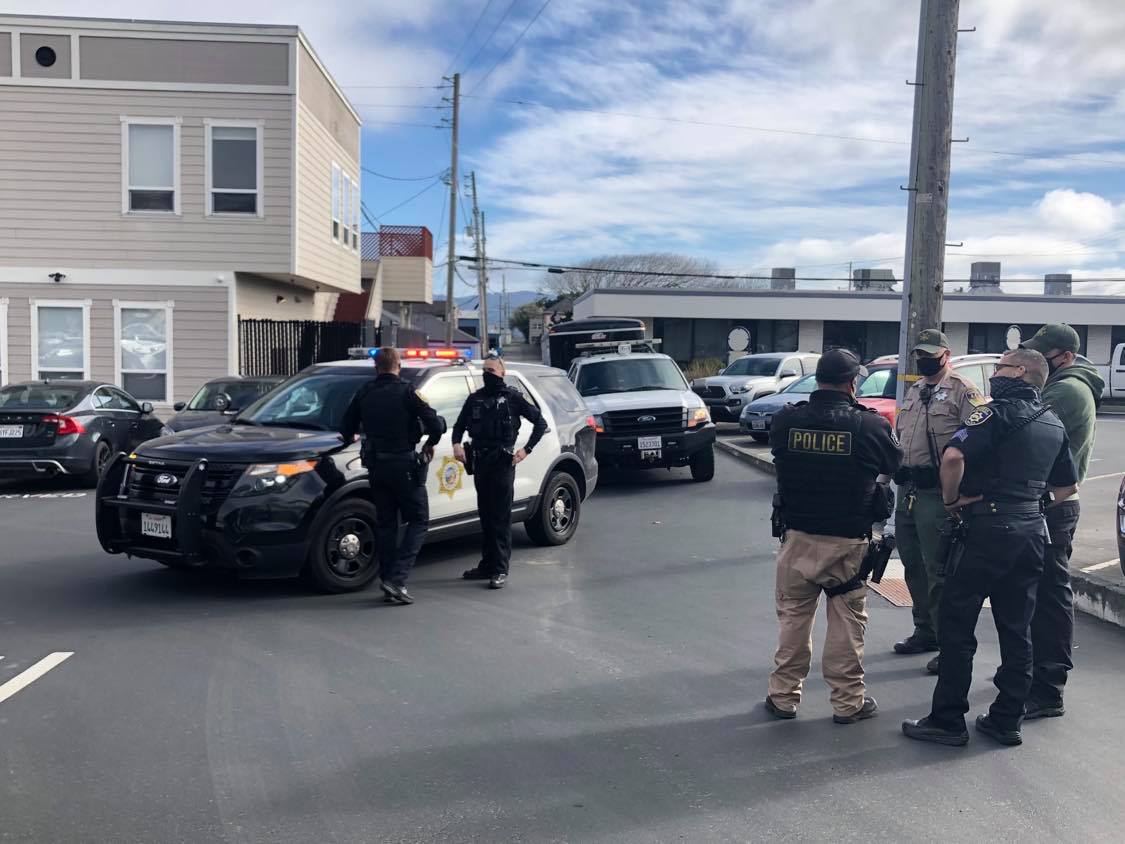 “Apparently they are more dangerous than I thought,” he said ruefully. “That’s why the cops are here and the bomb squad is here. I was just trying to do the right thing I feel bad about everyone having to evacuate.”
UPDATE: Explosive Ordnance Disposal (EOD) Team in Action as They Remove Explosive Devices From an Office Building [Photos]