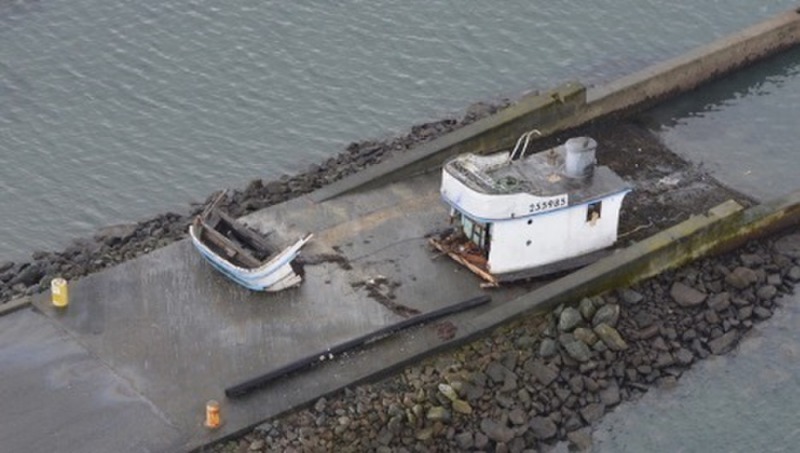 Press release from the US Coast Guard:

The Coast Guard rescued three people after their commercial crab fishing boat lost propulsion and collided with the jetties while attempting to transit through the entrance channel in Humboldt Bay, Sunday.

At approximately 6:20 p.m., Coast Guard Sector Humboldt Bay watchstanders received a distress call on VHF-FM channel 16 from the fishing vessel Sunup stating their vessel had propulsion problems and was on the south jetty rocks inside the channel.

The MLB crew arrived on scene at approximately 6:30 p.m. finding the Sunup mostly underwater. The crew retrieved two of the fishermen directly from the sinking boat and pulled the third fisherman from the water.

The use of VHF-FM channel 16 and an emergency position-indicating radio beacon (EPIRB) allowed Sector Humboldt Bay watchstanders to quickly receive the crew’s distress call and pinpoint their location.

“The situation became grave when the third fisherman fell into the water with the other two clinging to the sinking vessel,” said Petty Officer 1st Class Ruben Colon, the rescue boat coxswain. “Without a doubt, staying with their vessel until the last minute enabled us to quickly find and rescue them.”

The three survivors were brought to Station Humboldt Bay with no reported medical concerns.

As a reminder, the Coast Guard encourages mariners to verify all required safety equipment is aboard and functioning properly prior to heading out to sea. Properly fitted immersion survival suits are the best way for mariners to survive in a cold-water environment until help arrives. 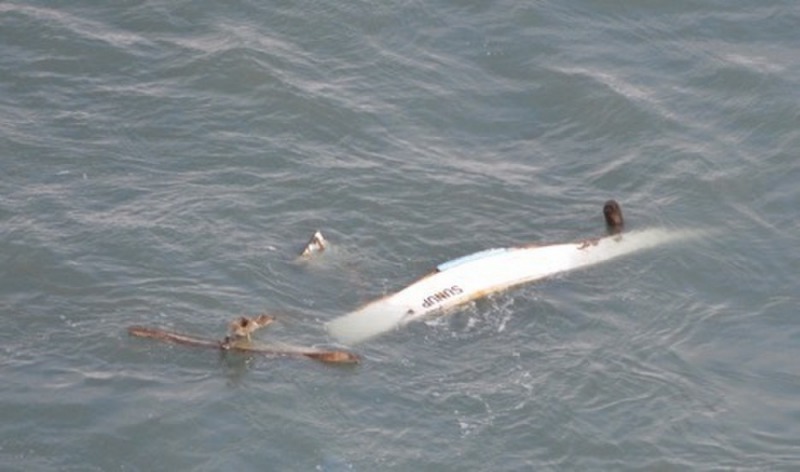 Earlier: Vessel on the Rocks at the South Jetty; Three Rescued