Structure Fire off of Spears Road East of Eureka 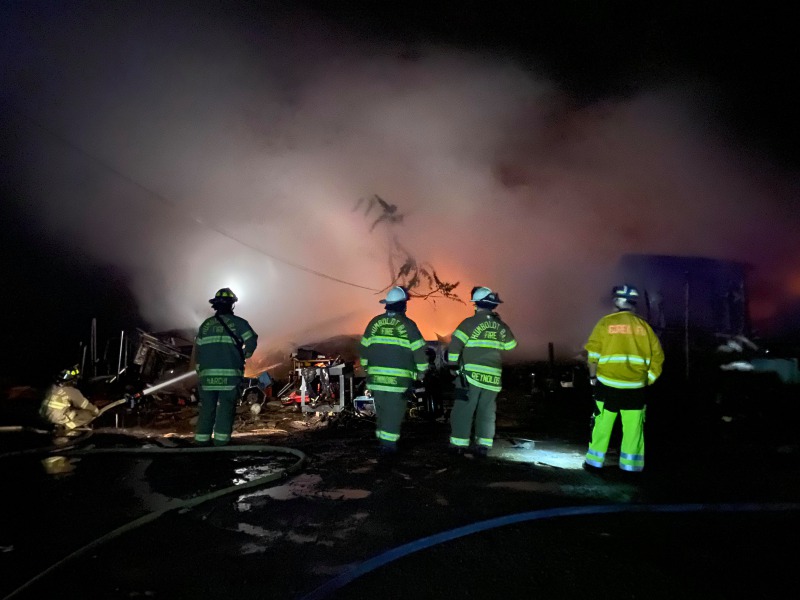 Firefighters at structure fire off Spears Road east of Eureka. [All photos by Mark McKenna]

Just before 11 p.m. a fire broke out in a structure in the 2700 block Spears Road east of Eureka.

Deputy Chief Bill Reynolds from Humboldt Bay Fire tells us that two Mobile homes and a fifth wheel caught on fire tonight. He explained that when firefighters arrived, both mobile homes were fully involved and the fifth wheel was exposed.

He said that shortly after arriving, a resident was able to tell firefighters that all residents were out of the structures.

Firefighters found the area difficult to access, according to Reynolds. The hydrant was blocked by a pickup so crews had to lay in the line by hand. All three structures were eventually destroyed by flames. 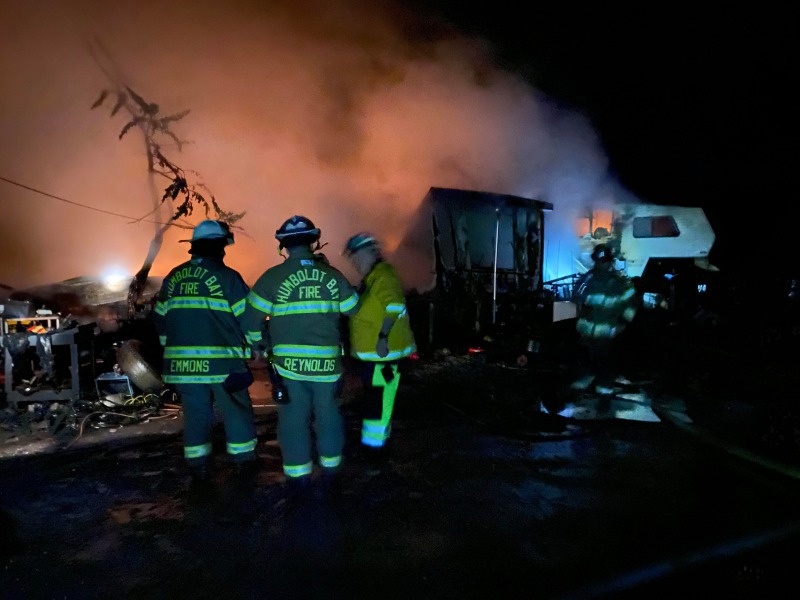 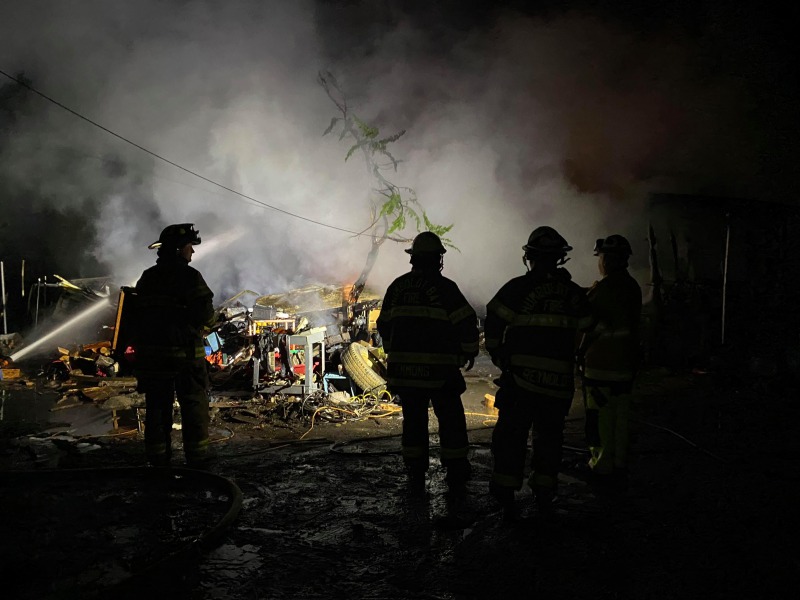 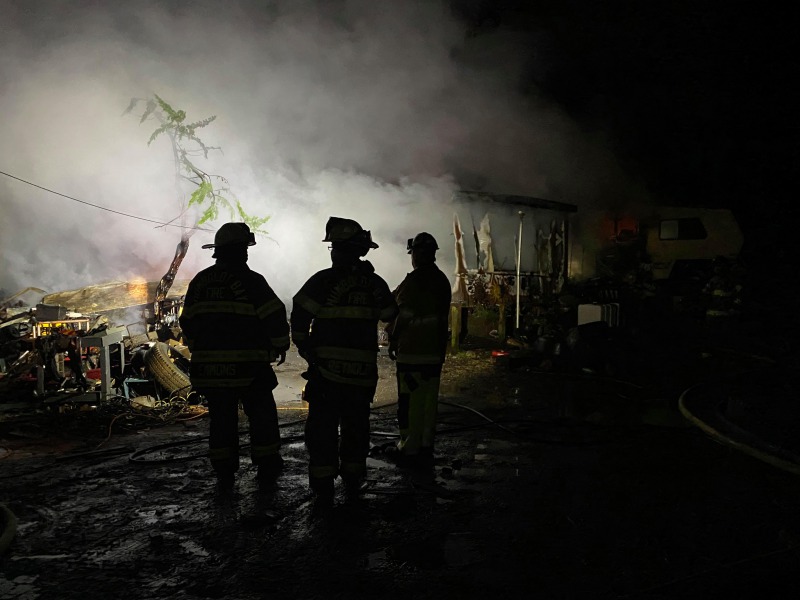 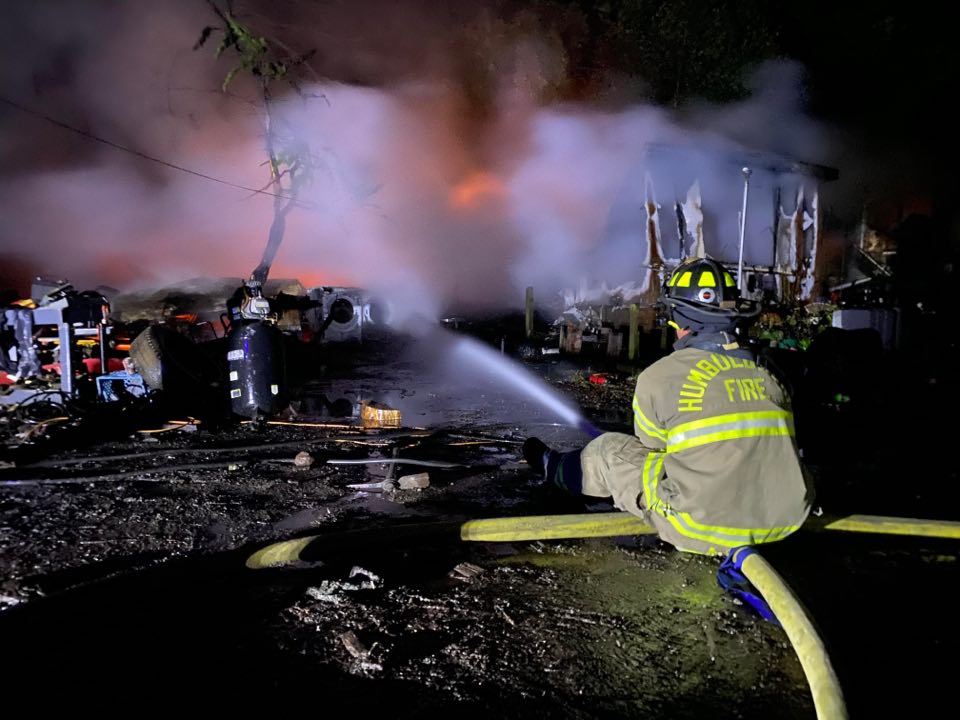 Earlier: Two Manufactured Homes and an RV Destroyed in Fire