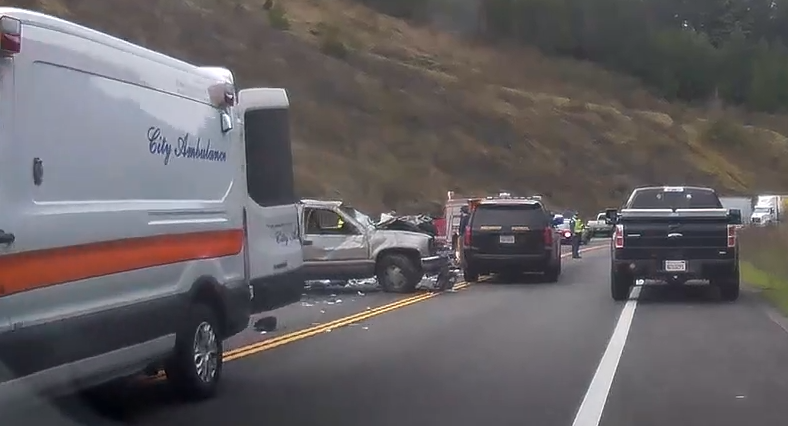 On January 15, 2021 at approximately 9:05am, a female was driving a 1999 Chevrolet Tahoe southbound on US 101, north of Bridges Creek, in Mendocino County. For reasons still under investigation, the female lost control of the Chevrolet before overturning multiple times in the roadway and coming to rest blocking all lanes. The female driver was ejected from the Chevrolet and came to rest in the roadway. emergency personnel arrived on scene and attempted life saving efforts, but the female succumbed to her injuries and was pronounced deceased shortly after. A preliminary investigation revealed that the driver was not wearing her seatbelt at the time of the traffic collision.

Cal-Trans, Mendocino County Sheriffs Department and the Leggett Volunteer Fire Department assisted with this [incident]. The California Highway Patrol is investigating this collision. Drugs or alcohol as a factor will be determined upon a [thorough] collision investigation.

Earlier Chapter: Traffic Backed Up on 101 After Crash in Northern Mendocino