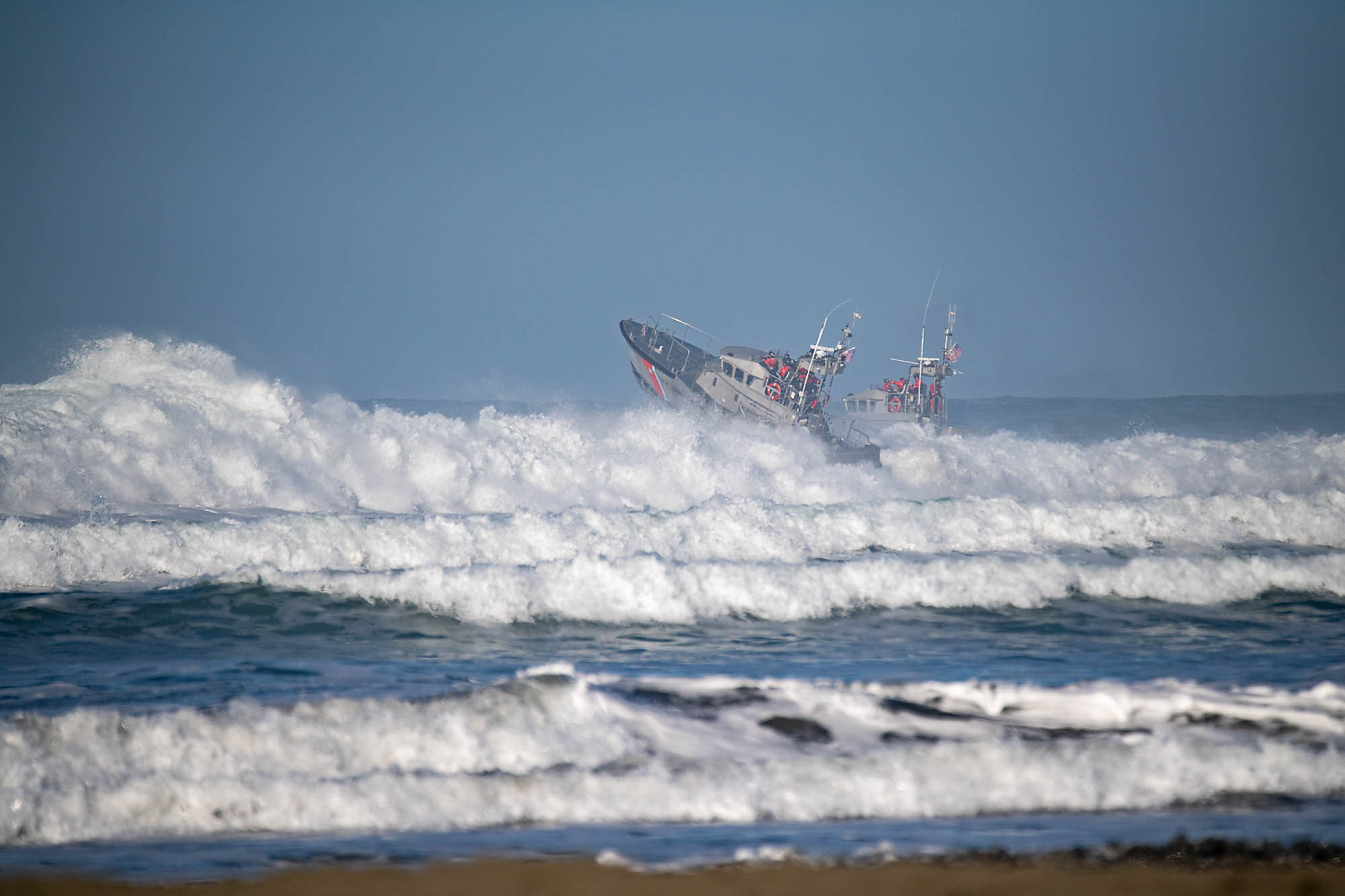 Two U.S. Coast Guard 47-foot motor lifeboats searched the surf just north of the North Jetty after a woman was swept to her death there in early December. [Photo by Mark McKenna]

Two surfers found themselves in a precarious situation Sunday just before 3 p.m.. According to Coast Guard Petty Officer First Class Joe Castro, about 2:55 p.m. a citizen on the North Jetty called 911 to report that two surfers had been swept out and needed assistance.

“The station is right there next to the jetty,” Castro explained, so it took only 10 short minutes for a boat from Station Humboldt Bay to reach the two people in distress and bring them safely aboard.

There is a High Surf advisory from this morning until tomorrow morning and high tides predicted for today could make the situation more dangerous. Please continue to be cautious along the Coast.