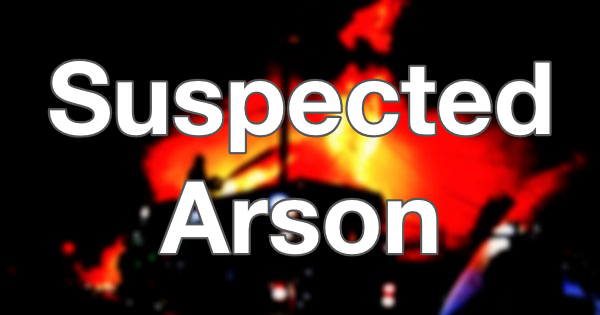 The long night for firefighters began at 10:13 p.m. with an unknown item on fire behind the Flamingo Hotel on Broadway. It was quickly extinuished.

Then, in the early morning hours, there was a possibly related fire in a dumpster inside a storage building on 3rd Street.

Then around 5 a.m., in the 600 block of Summer Street another dumpster appears to have been set on fire next to a building.

At 6:30 this morning a large trash bin next to a building on F Street also erupted into flames.

And then finally this morning at 8:39 a.m., Humboldt Bay Firefighters were called to another fire–this time in a large garbage can in the 1400 block of Broadway.

The Trash container was “fully involved” and then “smoldering” after being extinguished by a neighbor, according to Battalion Chief Launius. He also tells us that video footage from a business has captured what they believe is the suspect and it will be forwarded to Eureka Police for investigation.

“We’re looking for any video footage [of any of the fires] and then we’ll pass it on,” Launius explained.