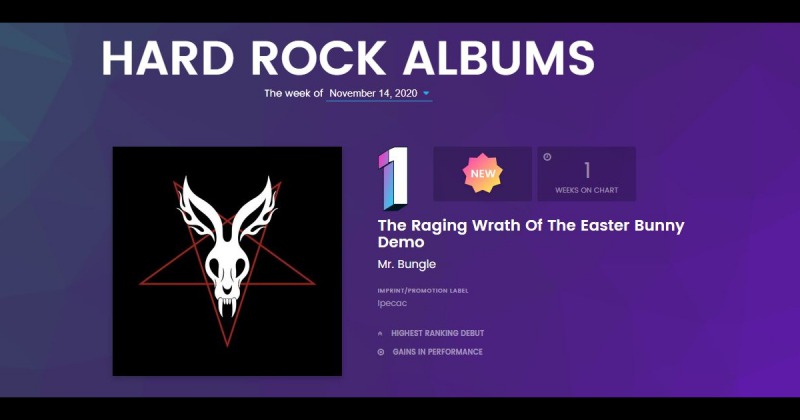 Eureka exports Mr. Bungle are at number one on the Billboard Hard Rock albums chart for the first time ever, says the magazine. Their “Raging Wrath of the Easter Bunny Demo” re-recording with guys from Slayer and Anthrax is also at number 30 on the all-genre Billboard 200. All centered around thrash-metal songs created in Eureka in the ‘80s. By the way, a couple of episodes ago I was lucky enough to interview Trevor Dunn of Mr. Bungle (in case you missed it).