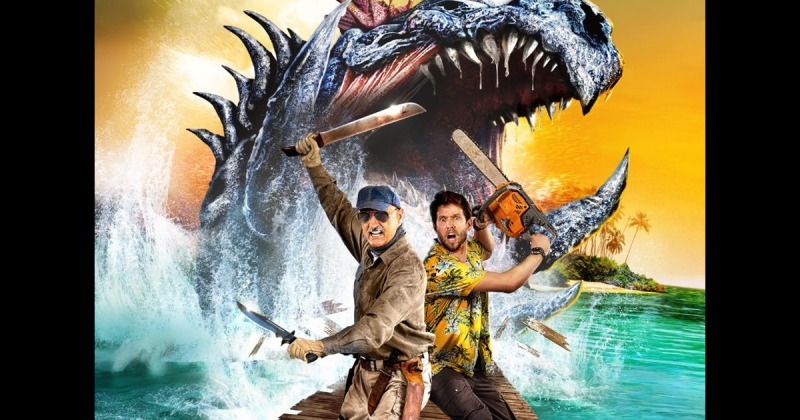 A promo image for Tremors: Shrieker Island from social media

Humboldt County was again referenced in dark lighting on Netflix, but this time replacing the documentary-style “Murder Mountain” with the new monster film “Tremors: Shrieker Island.”

“Had a rifle in my hand,” says one character after stating they were born on a weed plantation in Alderpoint, also known as Murder Mountain. You can note the actresses’ pronunciation of Alderpoint saying “Al” like the name rather than the more traditionally-heard “all.”

The film stars John Heder (Napoleon Dynamite), who was scheduled to do a local show before COVID canceled everything, along with Tremors franchise vet Michael Gross and Jackie Cruz (Orange Is The New Black) among others.

The synopsis from IMDB: “Graboids (monster worms) are illegally taken to a new island resort by a rich playboy as a dangerous form of trophy hunting, and Burt Gummer steps up to save the day.”

The flick is getting mixed reviews. It seems like a great film to watch while coming up with amusing remarks.

If you’ve seen it, please leave your review in the comments.

Maybe the next time Netflix references Humboldt County they can shine a light on the upsides of our beautiful area.