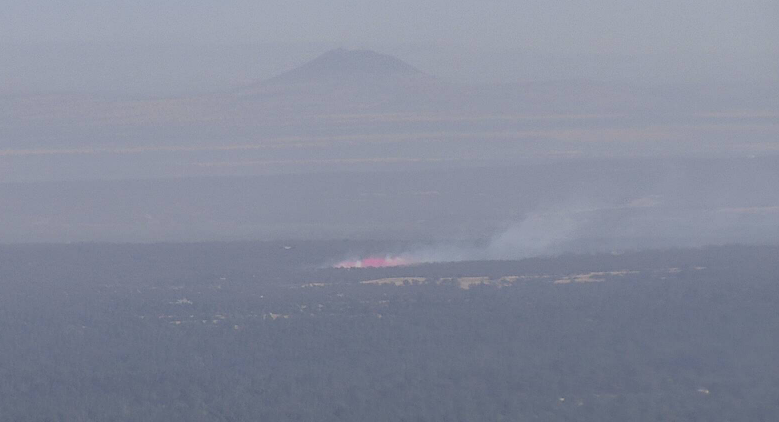 A plane lays down a line of pink retardant on the Orlinda Fire. [Screenshot from AlertWildfire]

Today’s prediction of critical fire conditions running across northern California is proving true especially for Shasta County which has had four fires over one acre in size already today.

What started them? Odd, that start times are so close & sequential.

When I typed that on my phone autocorrect changed it to Singleton also. 😀

That’s what happened! I was trying to figure out how I didn’t type the w!

They got hit with the slow slip that is happening now. 230 tremors reported today in that area.

Thanks. I’ve been feeling earth movements all week. Not quakes- just small movements.

Where did you find this info?

Seems a little odd 🤔, it’s not like it’s a 100 degrees. Are they controlled burns. Seems like it.

No controlled burning this time of year. It’s the humidity and wind thst spreads these, not the temperature.