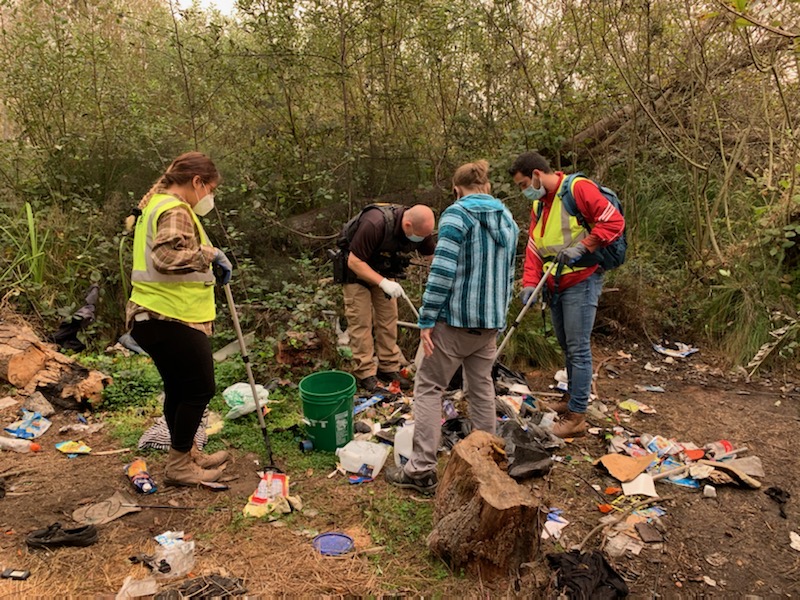 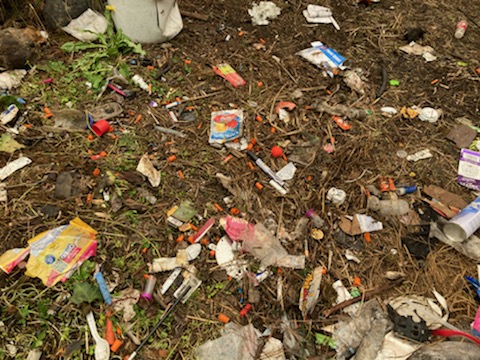 The cleanup was in response to numerous complaints of trash, thefts, vandalism, and environmental damage in the area.

Although this cleanup was conducted over several hours, months of outreach efforts were conducted by CSET’s Sergeant, Waterfront Ranger, MIST Officer, UPLIFT’s three Homeless Outreach Workers, and Case Manager. Many of the individuals occupying this area have been there for years and have been resistant to outreach efforts from multiple organizations.

During the cleanup, half of a forty-yard dumpster was filled with about two tons of trash and 21 shopping carts were collected. Approximately four five-gallon buckets were needed to collect hypodermic syringes, many of which were loose and not in sharps containers. As a reminder, hypodermic syringes can only be disposed of in biohazard sharps containers and should not be put loose in the trash. Visit this website for more information on the safe disposal of hypodermic syringes: https://humboldtgov.org/2541/Safe-Syringe-Disposal

Many of the CSET and Uplift positions are funded by Measure Z. 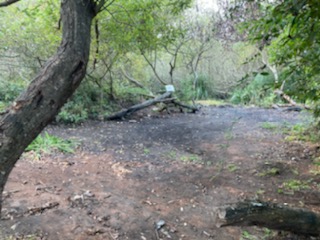