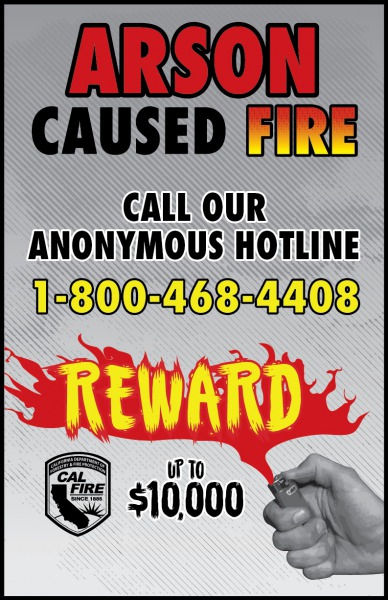 Early in the morning of September 19, firefighters responded to four suspicious fires in the Franklin K. Lane Grove just north of Phillipsville.

“Cal Fire Law enforcement is investigating these incidents,” Cal Fire Battalion Chief Paul Savona. He noted there has been “an increase in fire activity in the Phillipsville-Redcrest area.”

He told us, “The community is advised to be vigilant.”

Savona said that if “they see something, say something.” He said that Cal Fire has a 24/7 tip line available for the public to notify Cal Fire Law Enforcement regarding information relating to suspicious fires.

Leave a Reply to No Joke Cancel reply