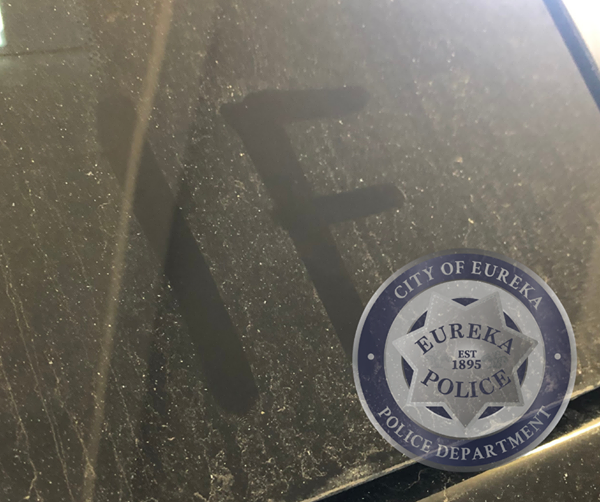 [Staged photo from the EPD]

After receiving multiple people asking if the 1F/1C written in the dust on cars social media posts were real, we reached out the the Humboldt County Sheriff’s Office and Eureka Police. Both departments are looking into the posts that warn that human traffickers are targeting women and children by writing one female or one child on victims cars and then kidnapping them as they come back into parking lots.

We are actively trying to get to the bottom of this.  We’ve had about 5 people call in over the week reporting that they found something similar to 1F written in the dust on their window.  I believe all occurred while parked at the mall.  We currently do not have any evidence that these local incidents are connected to kidnapping or human trafficking, or if it is a prank.  I’ve reached out to our local FBI office to get more information but as of now, we have not received any state or federal alerts of this nature.

We are currently attempting to get any potential video surveillance of the local incidents.

Continue to be aware of your surrounding and report any suspicious activity to your local authorities. Take notice of clothing and vehicle descriptions, and get the license plate if possible.
Here is some information on indicators of Human Trafficking from the Department of Homeland Security: https://www.dhs.gov/blue…/indicators-human-trafficking

Samantha Karges from the Humboldt County Sheriff’s Office told us, 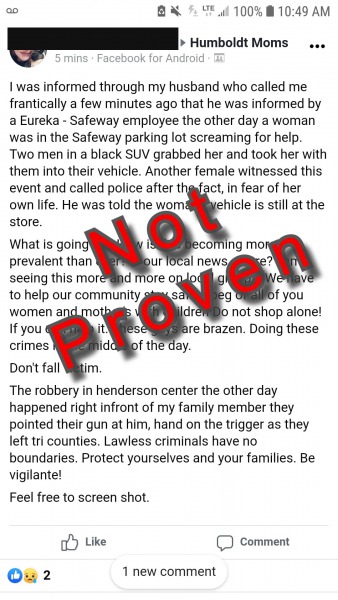 The Humboldt County Sheriff’s Office has been made aware of “1F, 1C” being written on vehicles only through viral social media posts from all across the country, and most recently in a particular Facebook group for Humboldt County mothers.

The Sheriff’s Office has not received reports of this happening at any grocery stores within our jurisdiction nor have we received any abduction reports matching those being shared online. Our staff has not received any official intelligence briefings or reports verifying that human traffickers are marking cars of vulnerable persons by writing “1F” or similar on them.

That being said, we do know that human trafficking is real and does occur within Humboldt County. While we do not have official intelligence linking these stories being shared online to facts, we also strongly urge the public to remain vigilant and aware whenever out in public. If a person feels like they are being followed in a store or parking lot, seek out a store employee, notify them of what is going on and call law enforcement. If a community member observes something strange on their vehicle that they were not expecting to be there, do not investigate further. Get inside your car, lock the doors and drive to somewhere safe like your local law enforcement office. Please report suspicious circumstances to your local law enforcement.