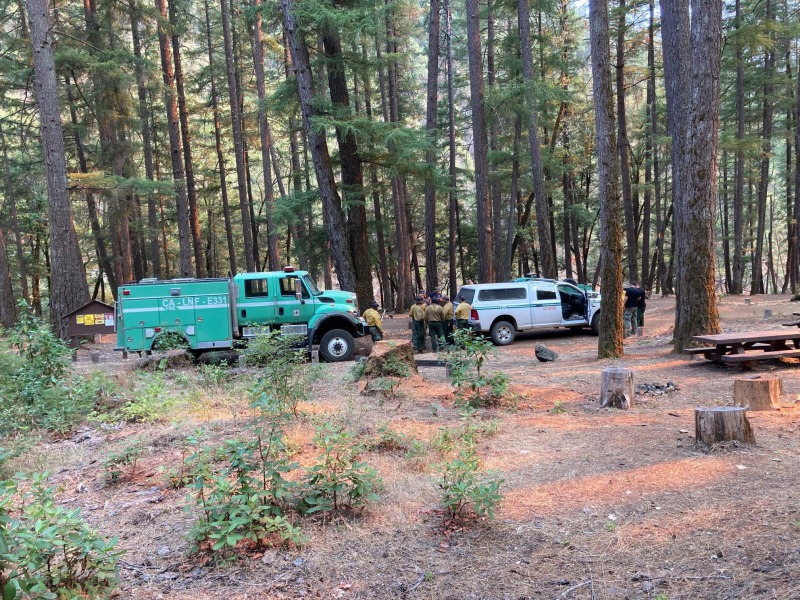 The Red Salmon Complex which started in late July near the intersection of three counties–Humboldt, Trinity, and Siskiyou– grew to 84,880 acres and there is still only 18% containment.

Yesterday, firefighters made “significant progress across the fire on community and property protection efforts,” according to staff on the fire in a press release issued today. However, today’s battle could be more difficult. According to staff, “Fire behavior predictions suggest that once the inversion lifts today, there is the potential for fire spread in all directions.”

The firefighters’s biggest priority today is the fire is actively backing in Tish Tang Creek, making it easier for the fire to reach important cultural and resource sites in the area. 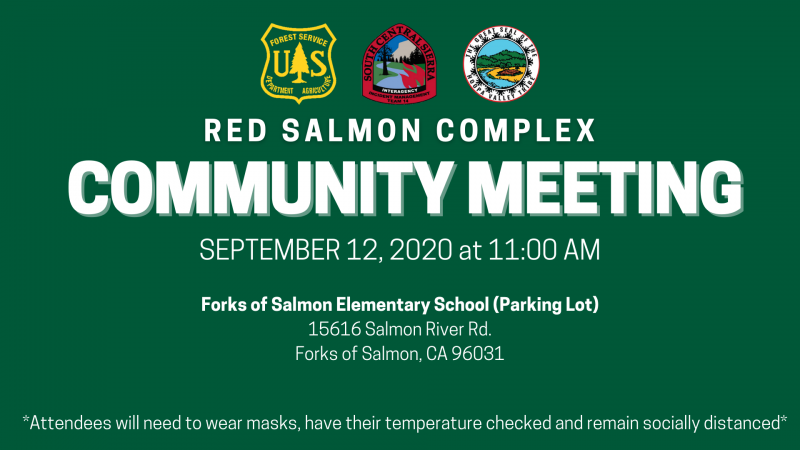 According to officials on the fire,

Today’s staffing and operational priorities will be to contain the fire west and northwest from the 10N02 road to the Hoopa Reservation boundary, including continuation of firing operations if weather conditions are favorable. To the northeast, containment lines will be repositioned to prevent fire spread north toward Hwy 93 and Forks of Salmon. Crews will continue to construct indirect fireline, prepare for additional burnout operations, and provide direct attack where safe to do so.

According to staff on the fire in a press release, “Widespread smoke will likely cause cooler conditions and poor visibility…Light and variable winds in the valleys and mid-slopes will persist into the mid-afternoon before becoming west-northwest at 2- to 8 mph.”

Hwy 96 is closed at Oak Flatt Creek Bridge #2-53 to 3.7 mi west of west of Seiad Valley but here is the other latest information: Information on Highways Closed Due to Fires

The Trinity County Sheriff has issued an Evacuation Warning for Denny.

The Siskiyou County Sheriff’s Office has issued an Evacuation Warning for the Red Salmon Complex. This includes the Forks of salmon, from Butler Flat to ten miles east of Forks of Salmon and south to Plummer Creek on Cecilville Road.

All National Forests are closed due to the wildfires.

Thick smoke from the Red Salmon Complex and from other fires burning across California and Oregon will blanket the area around the fire.

Earlier Chapters (most recent on the bottom):