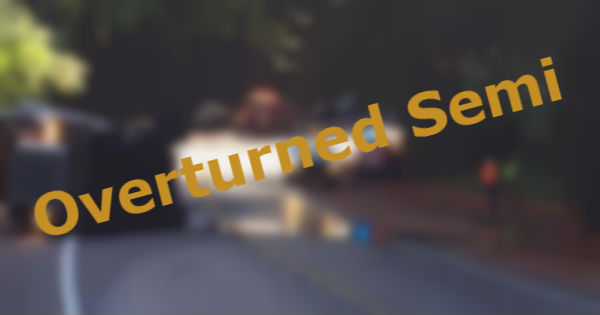 A logging truck is on its side with logs scattered on the roadway after a crash about 12:09 p.m. on Hwy 299 about mile marker 31 west of Willow Creek.

The driver was stuck in the vehicle but might not be injured according to reports from the scene to the CHP and posted by a dispatcher on the CHP Traffic Incident Information Page.

Hoopa Ambulance is responding to the scene.

UPDATE 12:25 p.m.: The driver is uninjured, according to a CHP officer on the scene. The CHP described a big rig on its side with a 53 foot flatbed trailer.

UPDATE 12:29 p.m.: The dispatcher is now saying the roadway is blocked but Caltrans QuickMap isn’t showing anything more than a minor slowdown in the area. 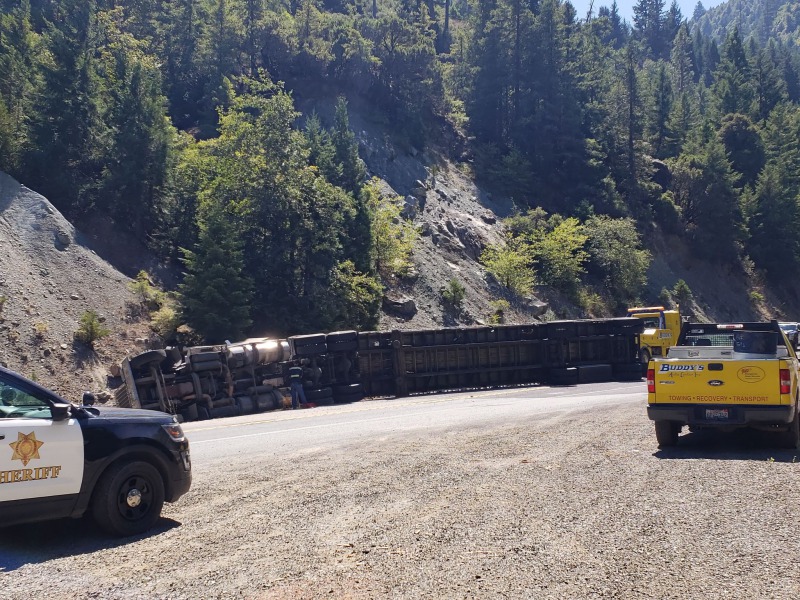