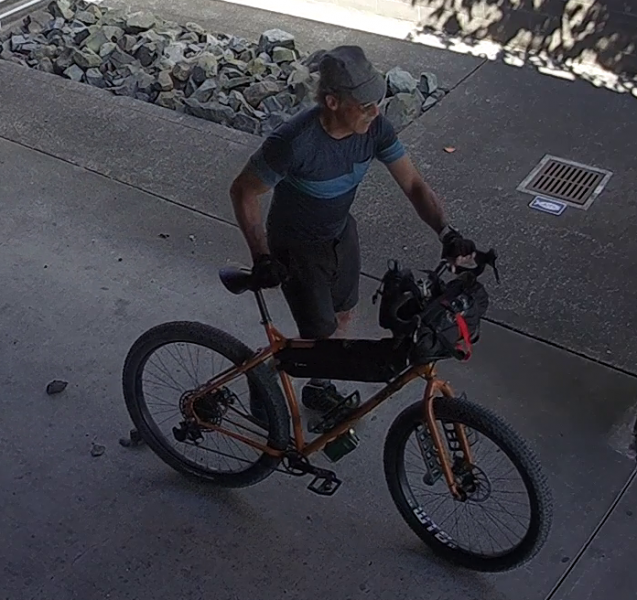 The suspect [Photo from the Arcata Police]

Press release from the Arcata Police:

On August 30, 2020, at approximately 4:00 pm, officers responded to the Union Town Shopping Center for a felony assault.  The suspect attacked the victim with large rocks and shattered a shop window, following a bicycle road-rage incident.  Anyone with information as to the identity of the suspect, is encouraged to contact the Arcata Police Department at 707-822-2428 or the anonymous tip line at 707-825-2588. A video depicting the suspect and incident can be found on the Arcata Police Department Facebook page. [Click here]

UPDATE 5:18 p.m.: APD posted on Facebook, “The suspect has been identified and is in custody. More information will be released in a Press Release later today. We would like to thank the community for the [numerous] tips leading to his arrest.”