Driver Hits Multiple Vehicles and a Fence, Nearly Gets Impaled But Flees on Foot

After the crash, a fence pole impaled the passenger side window of the pickup. [Photos from Ashley Shute]

About 10:16 p.m., a pickup ran into at least two parked vehicles and through a metal fence in the Hydesville area on Hwy 36. The driver fled on foot.

According to Hydesville resident Ashley Shute, the collision occurred just after she had put her children to bed and everything was quiet. “Then I heard a huge crash,” she told us. “There was a beeping car alarm. I heard a female saying, ‘Call 911.'”

Shute said she ran outside and noticed a blue Chevy still running in the neighbor’s yard. “The passenger-side window was impaled with the fence pole,” she told us. “I tried to get into the truck…There was nobody in the vehicle Whoever was driving had fled the scene…We checked the cow fields [nearby] but didn’t find anyone. He must have ran fast.” 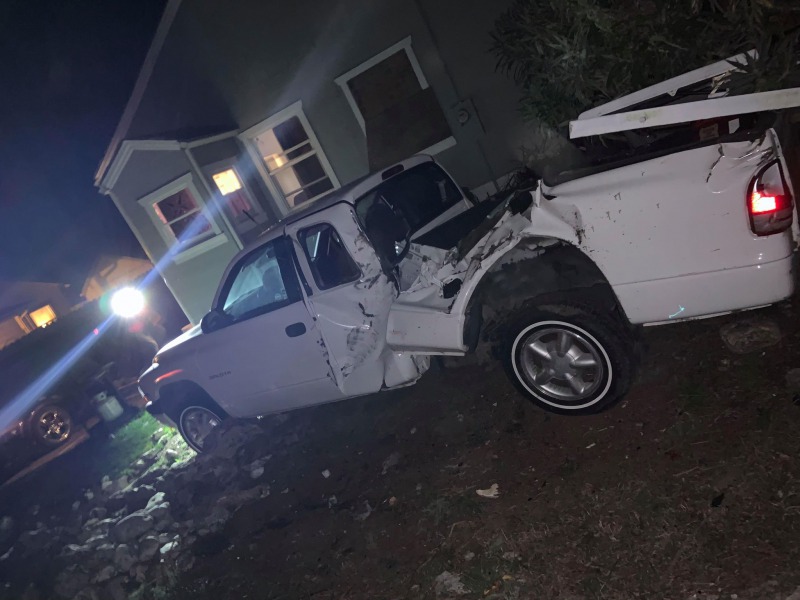