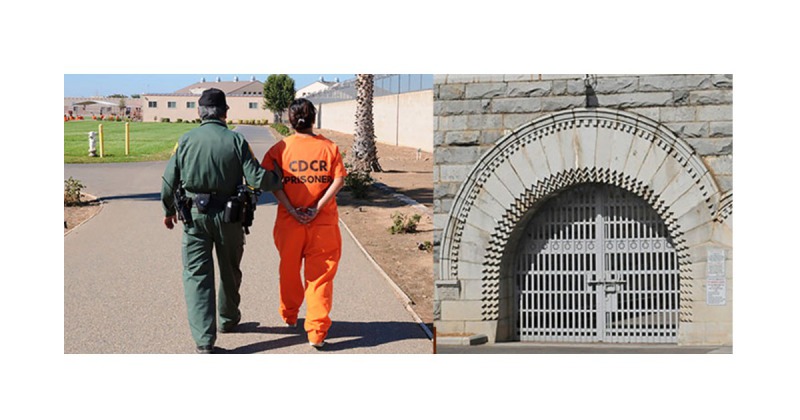 Two days ago, a 34-year-old male parolee released from Soledad State Prison on August 5 was found in medical distress by California Highway Patrol and Caltrans personnel near Ukiah’s Talmage 101 on-ramp. The man passed away despite life-saving measures. Izen Locatelli, Mendocino County’s Chief Probation Officer, has confirmed that the parolee was released from prison early due to the California Department of Corrections and Rehabilitation’s early release program.

As COVID-19 cases have increased within state prisons, the CDCR stated the goal of the early release program is “ensuring the health of our incarcerated population and staff” and commits the plan to “be done in a way that aligns both public health and public safety.” 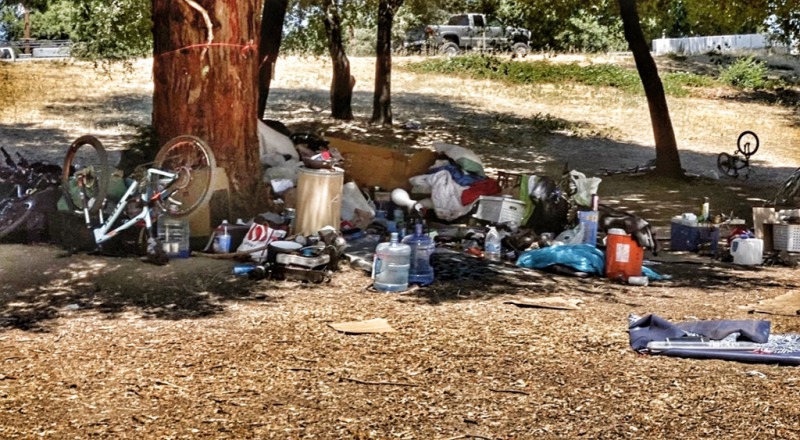 Homeless encampment where the former inmate was located. [Photo by Matt LaFever was taken a day before the man was found in distress]

Locatelli sees the parolee’s death as demonstrative of the State’s obligation to provide support structures to these released inmates. “The State says they don’t want to contribute to the homeless problem, but without direct services, he inevitably ended up on the street without support,” Locatelli said. He fears as prisoners are released, county services will become overwhelmed.

Locatelli said yesterday’s parolee’s death reveals that what officials say “at a very high level versus what happens on the ground is not the same.”

Locatelli explained that the 34-year-old man was not going to be released until November, but because of COVID-19 cases within Soledad State Prison, he was out early.

As to how the parolee ended up in Ukiah, the most likely scenario was the man was released from Soledad State Prison on August 5 and given a bus ticket to the county of his original offense, Locatelli theorized.

Locatelli delineated that the parolee was released under the supervision of California State Parole versus county-led Post-Release Community Supervision. Individuals are released to state parole when the current offense is “deemed violent or serious according to penal code,” Locatelli explained.

According to Locatelli, if the parolee was released under the supervision of PRCS, the county would have provided him transitional housing and required the parolee to quarantine. He explained that state parole’s support structures do not exist yet but aim to fund“sober living environments for parolees.”

Ultimately, Locatelli feels that Governor Newsom’s rush to release prisoners to decrease COVID-19 cases “has outpaced the planning to support them.” He sees the State now trying to “catch up and get contracts in place.” His greatest concern is “rural communities will suffer more as we have less staff and community-based organizations.”