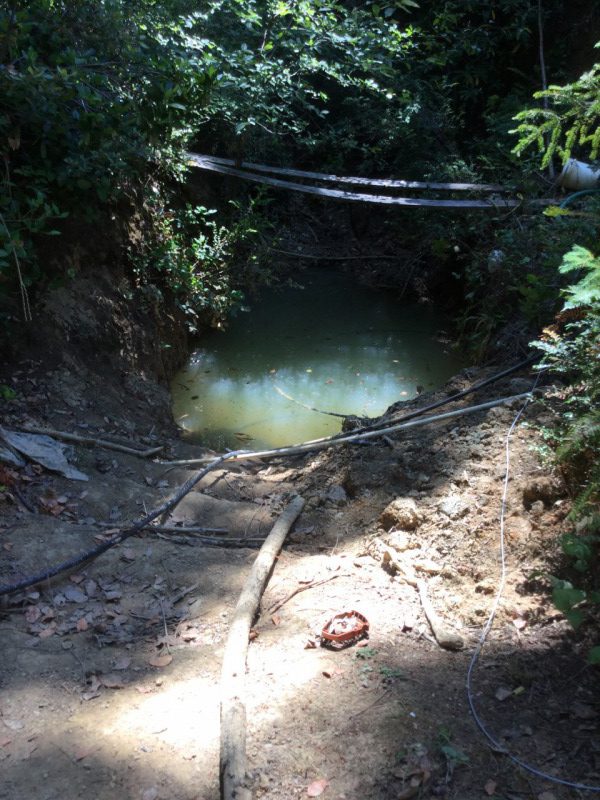 Water diversion [Image from the California Department of Fish and Wildlife]

On July 27 and 28, wildlife officers at the California Department of Fish and Wildlife (CDFW) in collaboration with the Del Norte County Sheriff’s Office, served five search warrants in Del Norte County for illegal commercial cannabis cultivation on remote parcels off of Low Divide Road and Rowdy Creek Road.

A records check confirmed that none of the sites had a state license for commercial cannabis cultivation.

At the sites, staff observed water actively being diverted from tributaries to the Smith River, which is characterized by exceptionally clear water and steep forested mountains that support a diverse assemblage of fish, wildlife and plant species.

Officers detained five suspects and arrested one subject for felony cannabis cultivation and possession of a firearm, while committing a felony. Formal complaints will be filed with the Del Norte County District Attorney’s Office for consideration. No further information is available at this time as these are ongoing investigations.