[UPDATE 5:19 p.m.] Eureka Police Gathered at Central Avenue After Man Armed With a Pellet Gun Said He Wanted to Die 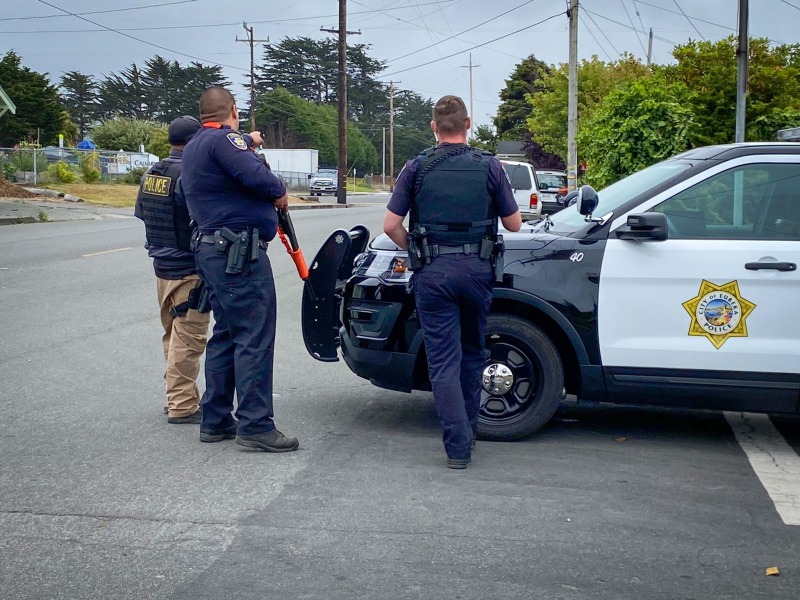 EPD at the scene of a man armed with a pellet gun. [Photos by Mark McKenna]

As of 5:15 p.m., Eureka Police are on Central Avenue near Winco after multiple people called 911 reporting that a man with a pellet gun was in the backyard of his prior residence yelling he wants to die. His wife is in the home and the man reportedly has an unserved restraining order against him.

Officers requested the wife leave the home. The approached the front to escort the woman out. 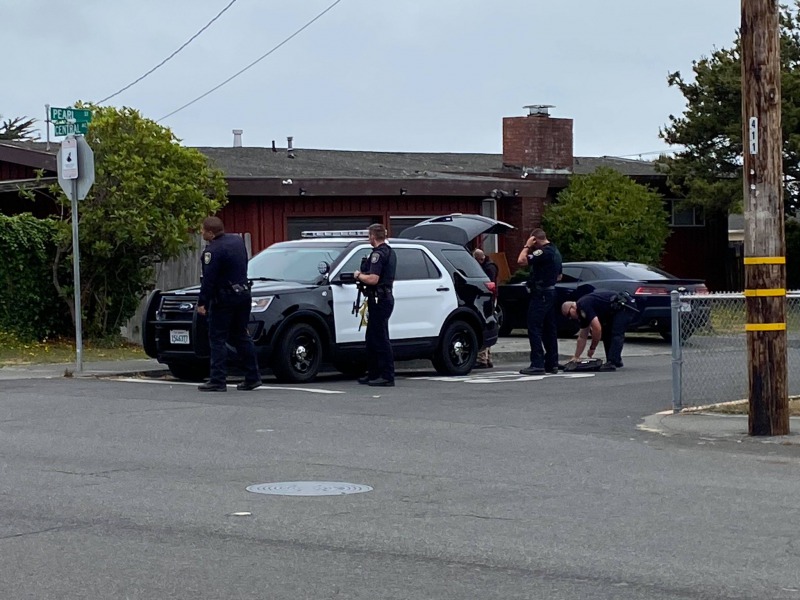 UPDATE 5:19 p.m.: According to a report from the dispatcher to the Incident Commander, a mental health negotiator has just reached the scene and being directed to the correct area to contact the male.

UPDATE 5:32 p.m.: The wife has been safely escorted from the scene.