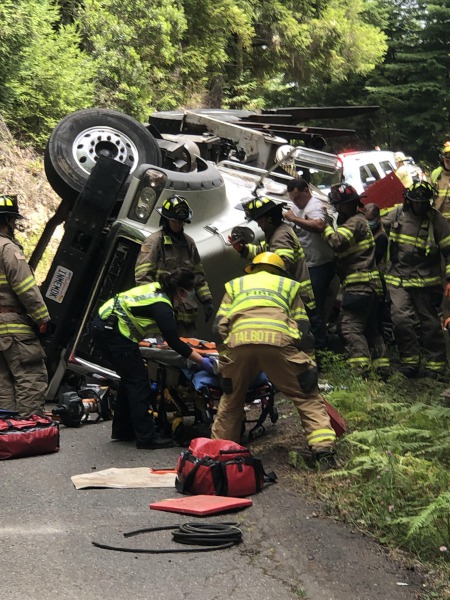 [Photos provided by a reader]

Just before 2 p.m., a logging truck flipped over on its side near mile marker 37 on Kneeland Road. The driver was stuck inside the vehicle and Kneeland Road was blocked and is still blocked as of 3:45 p.m.

According to Humboldt Bay Fire, “Fortunately, crews were able to extricate the driver who was pinned during the crash, sustaining only minor injuries.” 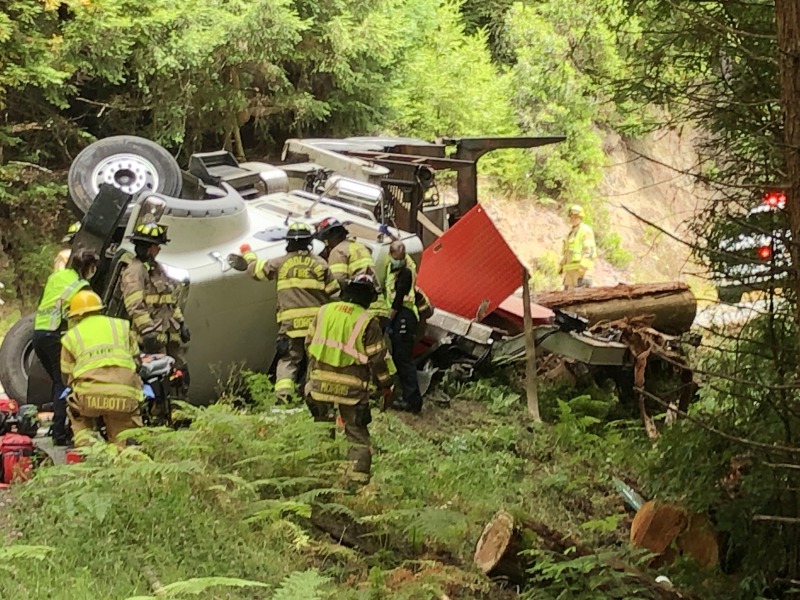 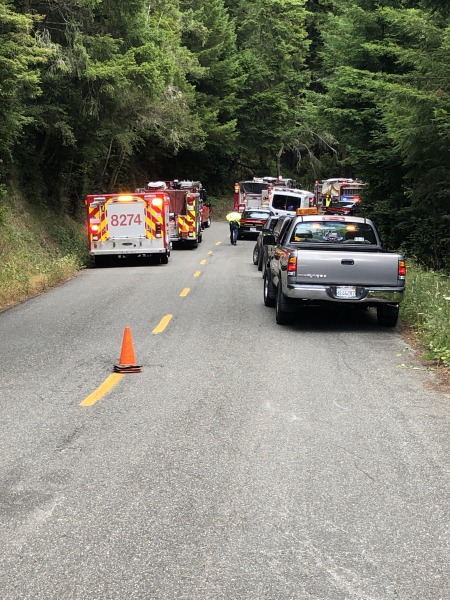