This is a press release from the Bureau of Land Management: 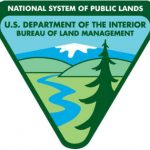 The Bureau of Land Management [recently] announced a proposal to establish a new categorical exclusion (CX) under the National Environmental Policy Act, which would streamline the agency’s review of routine timber salvage projects and operations. This proposal would contribute to rural economies, accelerate reestablishment of native resilient forest tree species and reduce future wildfire fuel loads, while diminishing hazards to wildland firefighters, the public and infrastructure from dead and dying trees.

“The Trump Administration takes the threat of wildfire seriously. At Interior, we are doing everything we can within the law to aggressively prepare for wildfire season,” said Deputy Secretary of the Interior Katharine MacGregor. “This proposed measure would significantly cut back on the time it takes to allow commercial timber operators into a landscape devastated by wildfire to remove marketable trees while also reducing or eliminating hazard trees that pose a danger to firefighters and infrastructure. Fostering timber jobs while reducing wildfire risks is a win-win.”

“We have to give our land managers the tools they need to reduce fuel loads and the threat of catastrophic wildfires in an environmentally sustainable manner. This proposal will allow us to increase the health and resilience of the landscape for both wildlife and people,” said William Perry Pendley, BLM Deputy Director for Policy and Programs.

The proposed CXs is part of a larger national wildfire reduction strategy guided by President Trump’s Executive Order 13855 – Promoting Active Management of America’s Forests, Rangelands, and Other Federal Lands to Improve Conditions and Reduce Wildfire Risk, as well as Secretary’s Order 3372 – Reducing Wildfire Risks on Department of the Interior Land through Active Management. The two orders direct Department of the Interior (DOI) to implement policies to improve forest and rangeland management practices by reducing hazardous fuel loads, mitigating fire risk and ensuring the safety and stability of local communities through active management on forests and rangelands.

From 2000 to 2017, wildfires burned an average of 6.8 million acres annually in the U.S. For BLM-managed forests, fire has affected an average of 279,630 acres annually from 2009 to 2018. The threat of wildfires is accelerated by the presence of dead and dying timber. Insect and disease survey data collected in 2015 by the Forest Health Protection Program of the U.S. Forest Service identified 70 different mortality-causing insects and diseases across 5.2 million acres in the conterminous United States. The BLM assembled data from the U.S. Forest Service Aerial Detection Survey from 2008 to 2017 and found nearly two million acres of forest mortality were observed over that period on BLM lands.

Given the threat of wildfires across millions of acres of forests – and the threat this poses to native wildlife and the lives and livelihoods of people and communities across the West – the BLM has identified that establishing a new CX for the actions is necessary to expedite the removal of dead and dying timber to reduce fuel loads and the threat of catastrophic wildfires.

NEPA requires Federal agencies to consider the potential environmental consequences of their decisions before deciding whether and how to proceed. The appropriate use of CXs allows NEPA compliance, in the absence of extraordinary circumstances that merit further consideration, to be concluded without preparing either an environmental assessment or an environmental impact statement.

The proposal would affect only routine timber salvage projects smaller than 5,000 acres that normally do not require more extensive environmental analysis. While wildfire affects hundreds of thousands of acres of BLM-managed lands each year, current BLM regulations only allow for use of a salvage harvest CX that may not exceed 250 acres. This additional CX will increase the agency’s flexibility to respond to disturbances across larger areas.

The BLM has completed a review of scientific literature and previously analyzed and implemented actions and found no evidence that salvage harvest at the levels proposed would have a negative effect on forest health. To the contrary, removing dead and dying trees can accelerate forest succession and benefit native wildlife species that rely on successional habitat, while reducing the potential for catastrophic wildfires.

The BLM is opening a public comment period on the proposed CX that closes 30 days after the proposal publishes in the Federal Register. The BLM will provide additional information about when and how to comment when the proposed rule is published.

The Department of the Interior has implemented an aggressive strategy to more effectively manage, treat, and prevent wildfires, reducing wildfire risks on more than 1.4 million acres of Federal lands in 2019. This was the largest fuel load reduction in a decade. More information is available online.

What They are Saying

“In recent years, catastrophic wildfires have devastated the communities of the Sierra Nevada. Frivolous lawsuits and failed public land management policies have intensified these deadly blazes. The result is mortal danger to our citizens and devastation of our local economies as dead timber is left to burn.” said U.S. Congressman Tom McClintock (CA-04). “Scientific land management can restore resilience to our forests, health for our economy and most important, safety for our communities. I applaud Secretary Bernhardt, Deputy Secretary MacGregor and BLM Acting Director Pendley for recognizing that the current process is badly broken and taking actions that will save lives, restore our forests and watersheds and boost our local economies.”

“I appreciate the Trump administration increasing the tools in our toolbox to improve our forest management. In 2017, wildfires consumed over one million acres in Montana, threatened livelihoods, and destroyed wildlife habitats. Fire season is getting longer and more severe,” said Congressman Greg Gianforte (MT-At Large.) “Today’s announcement from the Bureau of Land Management boosts common-sense, smart fire prevention measures, rehabilitation efforts, and timber jobs in Montana. By removing dead and dying timber on the front end, we can reduce the likelihood and severity of wildfires on our public lands.”

“Members of the American Loggers Council support the BLM’s proposed expedited review of timber salvage projects.  While the use of the proposed categorical exclusion will allow land managers to reduce fuel loads caused by insect, disease and wildland fires in order to accomplish forest restoration work in a timely manner, it also allows commercial timber harvests to take place before the dead, diseased and dying timber has lost its commercial value generating not only revenue for the BLM, but also supporting rural infrastructure and jobs in timber dependent communities,” said Daniel J. Dructor, Executive Vice President, American Loggers Council.

“The frustration of not being able to salvage timber from dead and dying trees before wildfires can occur and before the timber becomes unmerchantable, is always painful,” noted Eric Carleson, Executive Director, Associated California Loggers. “But at a time when wildfires in California have destroyed an unprecedented number of acres, loss of salvage timber is a two-fold tragedy. Rural communities and firefighters alike are threatened by dead trees, and by wildfires that could have been prevented with streamlined salvage rules in place. Unmerchantable timber is a liability. This proposed Categorical Exclusion is the right solution at exactly the right time.”

“Current NEPA requirements delay any meaningful actions to remove hazardous snags and fuels left after wildfires.  The resulting hazards pose long term risks to the public, elevate the dangers faced by firefighters and cause future fires to burn even more severely.  This new CX authority will help land managers reduce those risks. We have seen countless wildfires sweep over the same burned landscapes that were not treated.  These recurring incidents are far more damaging to the ecosystem than the first.  This new CX authority will permit land managers prompt action to remove hazardous snags and fuels along roadways and create fuel to protect the land when the next fire comes,” said Javier Goirigolzarri, Executive Director, Communities for Healthy Forests, Inc.

“A welcomed, commonsense change to more effectively allow BLM to respond to the forest health crisis in the West. This new proposal will provide BLM the opportunity to be a better neighbor to private and state forest lands and offer more protection for the  environment,” said Idaho state Representative Judy Boyle, Chairman of the Western  Legislative Forest Task Force & Co-chair of the federal lands committee on federalism.

“Timber salvage after a wildfire is a race against the clock. This CE will greatly improve the department’s ability to salvage timber after a wildfire. Removing the timber while it still has value allows for post-fire restoration to occur expediently and at a significantly reduced cost. This helps rural communities and environments rebuild after a catastrophic wildfire,” said Shaun Crook, 2nd Vice President, California Farm Bureau Federation.

“We need regulations that will allow more large scale, aggressive fuels management to improve forest health. In addition to improving safety and wildlife management, active managing fuels is the key to managing water yield and quality. Current scientific studies illustrate that those benefits may be the most important contribution of active fuels management,” stated Bill Mulligan, Idaho Forester, Trinity Consulting.

“We have been hit hard with wildfires in southwestern Oregon for the last ten years; those fires have caused economic and health hardships for the counties and citizens. Leaving dead and dying timber to fuel future fires is both dangerous for the forest and a waste of economic resources. Speeding up salvage operations by cutting bureaucratic red tape is a good first step in bringing sound forest management back to the BLM-managed timberlands,” said Douglas County Oregon County Commissioner and President of the Association of O&C Counties Tim Freeman.

“It is vital that the Bureau of Land Management turn their minds to the enormous timber salvage harvesting task that lies ahead to reduce fuel loads and the threat of catastrophic wildfires across millions of acres of forests,” said Dan Johnson, Idaho State Senator. “Communities and forests will benefit greatly by an expedited review of timber salvage operations that are part of a sustainable forest management program.”

“I applaud the Bureau of Land Management for their proposal to establish new categorical exclusions under the National Environmental Policy Act that will give resource managers the ability to streamline review of routine timber salvage projects”, said Julia Altemus, executive director of the Montana Wood Products Association.  “This proposal is consistent with other federal efforts to address the need to streamline salvage opportunities and will help align cross-boundary federal and state responses to rehabilitate landscapes after wildfire and mitigates insect and disease outbreaks and spread.”