After the earlier peaceful protest, when dark fell, some elements of the crowd appeared to be pushing for violent confrontation. According to reports by officers over the scanner just before 9:30 p.m., some protesters directed slingshots at officers.

About 10:09 p.m., an officer reported over the scanner being hit with a rock. It was unclear if he was in a vehicle or not.

About 10:33, confusing reports over the scanner indicated that the crowd may have attacked someone tagging items with spray paint. To try and disperse the attack, Eureka Police released a large number of pepper balls into the crowd, according to a witness. 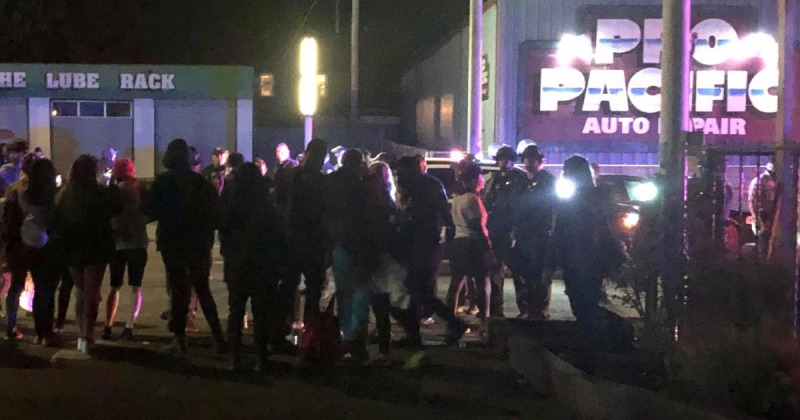 Police and protesters at 5th and N in Eureka. [Photo provided by a reader]

Several people are being detained.

UPDATE 11:55 p.m.: Nazy Javid just posted this video from the actual pepper ball shooting that a viewer sent her.

UPDATE Monday morning: When Some Protesters Attempted to Take a Man Being Arrested for Vandalism From Police, Pepper Balls Were Deployed