Three New Additional Positive Tests on May 22; One New Case in SoHum This Week; 8 in Northern Humboldt 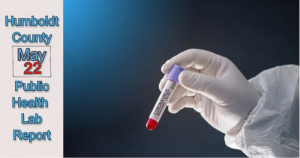 Beginning today, the Humboldt County Joint Information Center will report each Friday the age range of county residents who have tested positive for COVID-19.

The following information is based on the most recent data available for all confirmed cases:

What do these numbers mean?