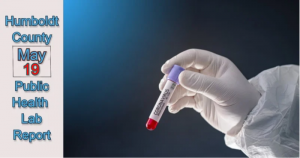 A second death due to COVID-19 was recorded today, and Humboldt County’s case count rose to 86 as five new positives were confirmed.

The individual who died was a very elderly resident of Alder Bay Assisted Living.

“This second death is a stark reminder of the severity of this virus,” Humboldt County Health Officer Dr. Teresa Frankovich said. “Older individuals and those with chronic illnesses are most at risk of serious illness.”

Of the five new cases, one is a worker at Alder Bay, three are contacts of a known case and one is under investigation.—

Daily COVID-19 case report for May 19

Transmission information for all known cases

Total number of people tested by all other sources: 2,148
(Centers for Disease Control and Prevention, California Department of Public Health and commercial labs)

The Public Health Laboratory currently has a capacity of approximately 2,000 tests and can process about 65 samples a day with an approximate turnaround time of 48 to 72 hours.

For the most recent information about COVID-19, visit CDC.gov or CDPH.ca.gov. For local information, visit humboldtgov.org, call 707-441-5000 or email [email protected].us. 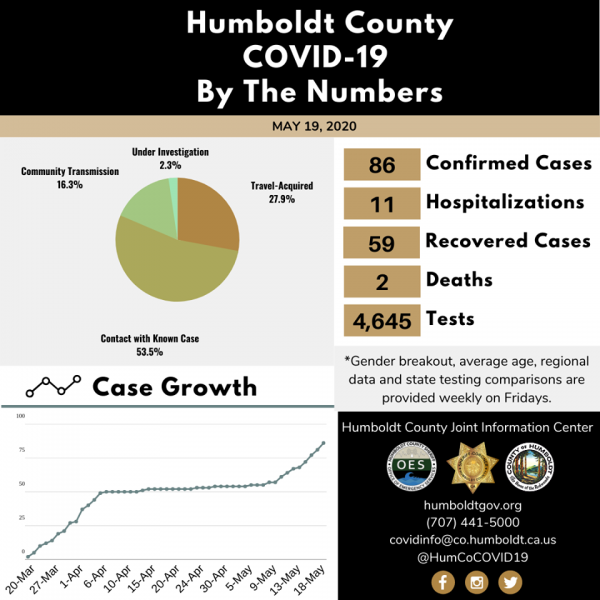