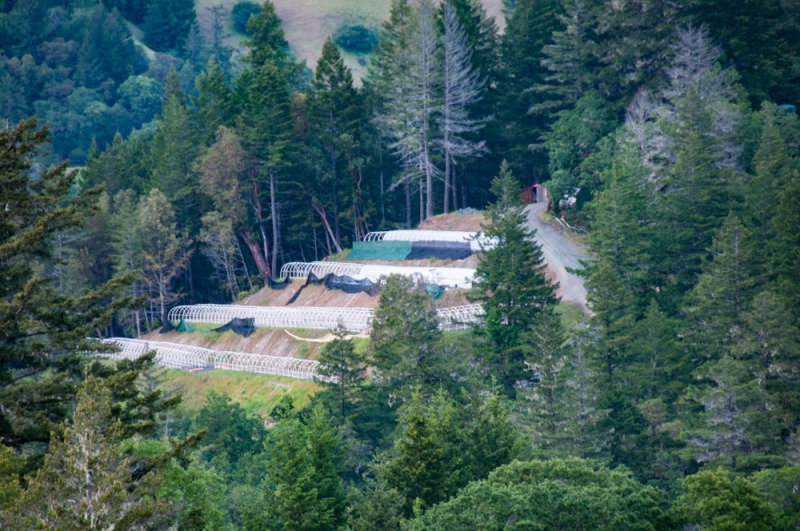 A property in the permit process in the Salmon Creek watershed was visited by a number of law enforcement yesterday. [Photo taken after the visit by Kym Kemp]

Yesterday, a large number of law enforcement went to a property on the Samuel’s Loop Road in the Salmon Creek watershed. The property had in the past been in the Humboldt County cannabis permit process but has also been the subject of multiple complaints from neighbors. The property was reported to have been purchased last year by a new owner. 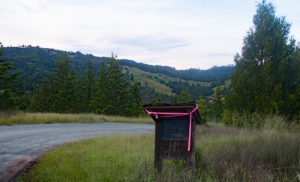 A pink ribbon was wrapped around the small bulletin board at the head of the driveway. [Photo by Kym Kemp]

According to an email received from Samantha Karges spokesperson for the Humboldt County Sheriff’s Office yesterday afternoon, “Our Special Services deputies are serving a search warrant in the Miranda area.” She wasn’t able to provide more details at the time. The Sheriff’s website however says that Special Services includes “the Drug Task Force (DTF) and the Marijuana Enforcement Team (MET).

Nine law enforcement vehicles including one pulling an enclosed trailer were reported to have left the area late yesterday by two different witnesses. At this point, we don’t have information on the reasons law enforcement visited the property.

Leave a Reply to Mr and Mrs Cancel reply